Last month’s post began with an account of a negative (initially at least) feedback experience and how I reacted to it. A comment received on social media, while agreeing with the idea of making the most out of feedback whatever form it takes, raised the important point of how the feedback session is conducted by the observer. Having been on both sides of the figurative room on several occasions, in this month’s post I will share my thoughts on how to give effective feedback. This is, of course, no easy task and as such has no ‘best way’. Nevertheless, there are pitfalls to be avoided and ideas to be considered for the next time you play the role of observer.

Make Sure the Situation is Clear

A message I received after my previous post questioned the approach taken by my observer of sending me a report and then holding a meeting a day afterwards. One key piece of information I neglected to mention in that post was that this was all following the official observation procedure of the school I worked in at the time. This was an initial observation for new academic staff and the school policy dictated that a report would be sent within 24 hours of the observed lesson and a follow-up meeting would take place within the same week.

What was important here was that I knew all this beforehand. Not only was it in the school’s policy documents, it was also explained to me in advance when my observer and I were selecting the lesson to be watched. I knew there would be a report and it would form the basis of my developmental targets for the year. I knew it would be officially logged as well.

It is crucial that the teacher understands in advance the purpose of the observation and the format the feedback will take. If it is a drop-in with informal feedback, they need to know to avoid stressing about it between observation and meeting. If it is part of an official performance review, they need to know so that they prepare sufficiently. If it is so you can collect data for an action research project or so you can get some observer experience, make sure they know (and still be prepared to give a little feedback afterwards).

Be Honest but Fair

One element of the feedback experience I outlined in last month’s post that I appreciated was how direct my observer was. There was no attempt to soften the feedback by over-emphasising a minor point of the lesson (such as neat handwriting on the whiteboard) and no attempt to end on a high note. Instead, I received accurate feedback. The lesson was not as effective as I had thought and there were issues to be addressed. 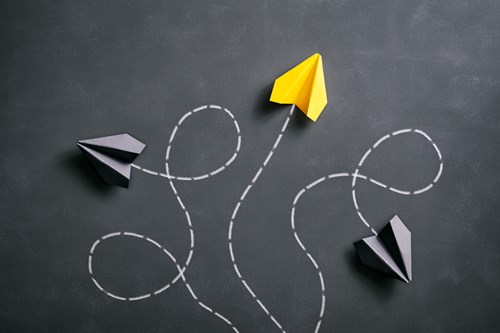 In short, ditch the ‘feedback sandwich’. Layering negative feedback between positive points can skew the impression of a lesson that needed much improvement. If a lesson was sub-standard, the teacher needs to know that. Likewise, the insistence on finding something negative to comment on can detract from what was in fact an outstanding lesson. This leads to ‘nit-picking’ with comments like ‘you could have smiled more’ or ‘why not start the lesson with a song?’ which don’t do much for long-term development.

Don’t be afraid to be honest in your appraisal of a lesson (if an appraisal is what is required), but do be prepared to back it up based on what you saw in the lesson, and also be prepared to let the teacher offer their own point of view for a more balanced feedback meeting.

‘Too much TTT’ may well feature somewhere on your notes from the lesson as it is a common issue. However, too much OTT (Observer Talking Time) can prevent a feedback session from being effective. In one of my first teaching jobs, I remember frequently leaving the DoS’ office after post-observation feedback feeling frustrated. I had spent 15 minutes listening to a critique of my teaching without being offered any opportunity to say anything of note myself.

It is crucial to let the teacher take the lead in the feedback session: afford them the time to talk through the lesson from their perspective; see what they say about their own perceived strengths and weaknesses; and, most crucially, really listen to what they are saying. They may well address some of the points in your notes or they may clear up something you wanted to ask about.

The key here is to find out what the teacher thought and avoid simply telling them what you thought. Another frustration I have experienced on occasion is receiving feedback in the form of what my observer would have done differently. In such cases, the developmental aspect of the feedback is more for the observer than the teacher! We all have different approaches to the language classroom and any feedback we give should focus on helping that teacher become a better version of themselves instead of another version of you.

Towards a Coaching Approach

But beyond letting the teacher take the lead and listening to what they have to say (much harder than it sounds!) how can we approach feedback meetings to ensure they are effective and efficient in promoting teacher development? Recently, I have started moving towards a coaching approach (I say ‘moving towards’ as it is not a full-blown coaching approach and I have been taking steps rather than sudden sweeping changes).

I began with open-ended questions. Something simple such as ‘What did you think about the lesson?’ is a great place to start with a more specific ‘what were the main strengths and weaknesses of the lesson?’ as an alternative. This gives the teacher an opportunity to reflect and think aloud without any ideas being imposed upon them. If there is a key element of the lesson that does not get mentioned, I ask another question such as ‘How do you think the students responded to the feedback?’ Guiding the teacher to a realisation has a much more powerful effect than simply telling them what could be done differently. 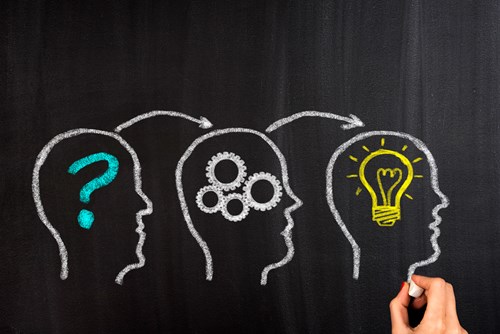 The next key element of coaching to incorporate is summarising and clarifying. After the teacher has given their reflections, we should respond with ‘So, what you are saying is …’ or ‘Could you explain …. more?’ if something is not clear. This both lets the teacher know you have listened and allows them to clarify anything that was not clear. The next step is to focus on the areas for development that the teacher has mentioned. ‘You felt that the main activity was not challenging for all the students. How will you cater to different levels in future lessons?’ would be what I would ask to get a teacher thinking about differentiation.

The main benefit I have found from a coaching approach is that it allows for an efficient and effective use of time. Instead of a one-hour lesson observation followed by 30 minutes of feedback, we can do a 15-minute drop-in followed by 15 minutes of teacher-led feedback and two further follow ups. This gives the teacher a chance to regularly reflect on progress and show evidence of working towards targets instead of hinging everything on two official observations. 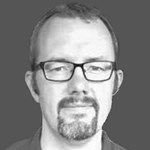