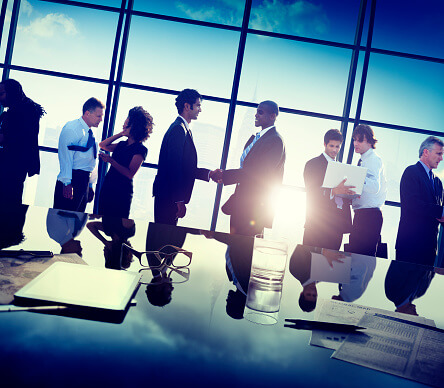 This blogpost is the last in a series. You can read the first article here, the second here, and the third here.

When you think of someone with good communication skills, you might recall the very witty speaker giving a talk at a conference, or the charming host at a party, or the very confident politician who manages to persuade masses with his rhetoric. Communication skills seem like a privileged gift to some. A gift to charm, to amuse, and to persuade.

But the ability to communicate effectively in an international arena requires skills that are useful to those having to manage teams across national borders, deal with suppliers and clients based abroad, and get along with colleagues and friends who come from cultures and language backgrounds different from your own. In the age of the internet, Skype, and online communication, they are skills that anyone living in the modern world would need, and are certainly able to acquire.

In my first and second blogposts of this series, I looked at the reasons why native speakers of English might need to learn how to speak English internationally, pointing out the need for us to not rest on our laurels, assuming that our native language has been adopted as the global language of trade, business and education, and that we have no need to work on our communication skills.

In my last post, I looked at five of the ways native speakers can work on their soft skills when communicating internationally, and in this last post of the series, I will be looking at seven more ways we can become better international communicators.

6. Learn to accommodate and adapt to different ways of communicating.

When our interlocutors have a different conversation style to our own, it is sometimes easy to get the wrong impression and assume that our interlocutor is rude, insincere, strange or even obnoxious.

Try to spot what it is about their conversation style that is different from yours.

Is it the staccato-like quality to their speech? Is it the fact that they tend to leave long silences in between turns? Is it the way they like to back up every claim they make with a long background story? 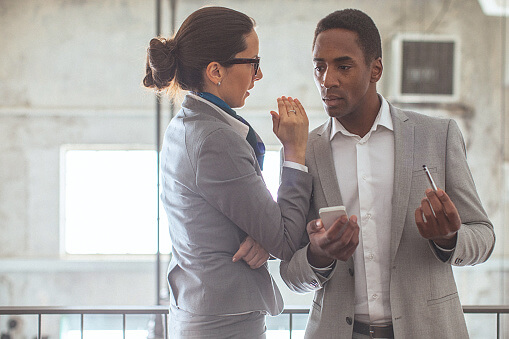 Once you can spot the difference between your conversation styles, you can then accommodate them and practice adapting. It might be difficult to suddenly start speaking quickly if you are used to speaking slowly. And intonation and stress patterns might too ingrained to try and adapt.

But some conversation features might be easier for you to adapt to. You could allow for some silence between turns if that’s what they do. And if they tend to tell lots of background stories, you could even try telling a background story or two of your own that supports what you say.

The willingness to accommodate and adapt also applies to different language levels and abilities. In my last post, I wrote about how we can tailor the language we use to make our talk clearer to our conversation partners.

Be aware of your conversation partner’s language ability. Do they sound like beginners, low-intermediates, high-intermediates, or advanced speakers? When you are speaking to them, what do they understand and what do they have difficulty with? Can you make your message clearer to them by adapting the way you speak?

Here is an example of how Steve McClaren, a football manager working in Holland, adapts to the English speakers in Holland. How does he adapt his speech?

Instead of applauding McClaren’s ability to communicate internationally, this interview came under a lot of criticism from British native speakers of English. It was curious to see how uncomfortable it made many native speakers to hear a fellow native speaker change the way he spoke. Perhaps this calls for more awareness raising of the importance of adapting our speech in international communication. 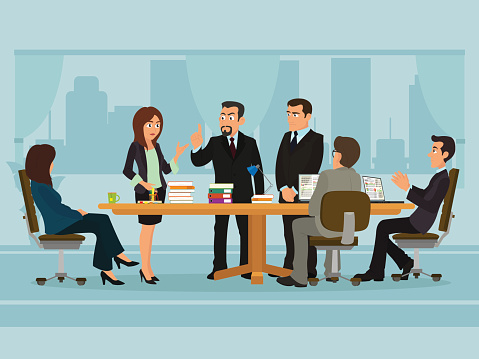 It is therefore extremely important to listen actively and avoid making assumptions. If you are unsure of what your interlocutor means, what he/she might be implying, or how they feel about what you’ve said, do not be afraid to ask questions and clarify what is being said.

Instead of simply saying, “I don’t understand what you’re saying!”, try using phrases like:

“Let me check that I understood you correctly…”
“So I believe what you are saying is…”
“Do you mean …?”
“Let me just repeat that back to you to make sure that we understand the same thing.”
“I know you said…but how do you feel about it?”
“Am I right to assume that you are not very keen on…?” 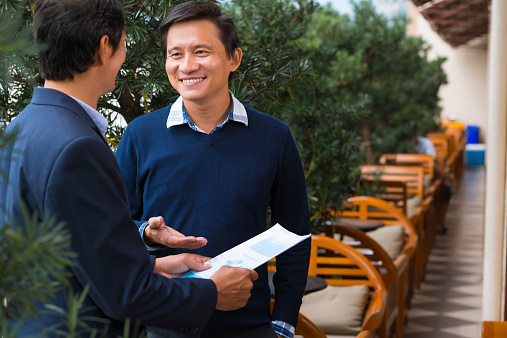 8. Paraphrase and summarise what you’ve said.

While we might make use of clarification techniques with our interlocutors, we cannot assume that they will do the same. Some conversation partners might even nod, smile or say ‘yes’ to everything you are saying but this might not mean that they actually understand you clearly.

At the end of a business conversation or meeting, it is helpful to summarise the main points of what has been discussed and agreed on, and to reiterate the action that needs to be taken. 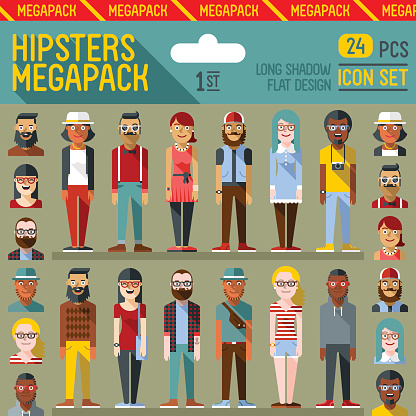 9. Avoid too many cultural references.

If you are used to only speaking to people from your own native speaker communities, then you might be unaware of the number of cultural references littered throughout your daily conversations.

The next time you have a conversation, notice how many of the following categories of references you and your friends use in conversation: 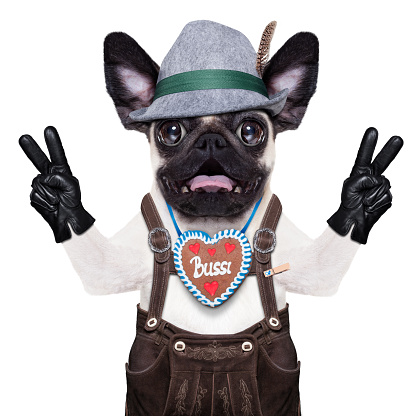 Humour is often used to break the ice, to ease the tension and to bond with others. But it can also be used to exclude and to confuse.

Looking through the ‘Top 20 jokes ever’ as compiled by the Mirror, you will immediately notice that all the jokes listed featured a play on words. One had to know either the multiple meanings of a word/phrase, or the homonyms (words that sound like one another but have different meanings). Some of them require some cultural knowledge either of Britain or of the country the joke mentions.

Here’s an example:
"Doc, I can't stop singing The Green, Green Grass of Home. He said: 'That sounds like Tom Jones syndrome.' 'Is it common?' I asked. 'It's not unusual' he replied.

Our cultural upbringing has a lot to do with our sense of humour. I once had the following conversation with a Japanese housemate:

Although it was not a particularly good joke, I had meant it to be ironic but not sarcastic. Yuki, however, was puzzled and slightly insulted, thinking that I meant to treat her like the fool. Some months and many bad jokes later, Yuki said to me, ‘I finally understand the British sense of humour! It’s all about bullying others!’

Upon some research, I found that both the Japanese and the Chinese had only one expression to mean both irony and sarcasm. Being ironic, therefore, carried a negative connotation of insulting the hearer. Although Yuki had identified the semantic pattern in creating irony, the sense that the English found humour in bullying others was certainly misplaced.

Anthropologist Fox (2004:65-66) notes that the English treat irony as ‘a constant, a normal element of ordinary, everyday conversation’ and the ‘dominant ingredient in English humour’. What makes irony even more difficult for foreigners to understand is the fact that delivering the joke with a deadpan face is the expected norm.

Categorising understatements as part of irony, Fox sympathises with the non-native speaker, admitting that this constant self-parodying is part of the English psyche deeply ingrained in the culture.

So use irony sparingly in international communication and be aware that what might be lauded as wit in an English native speaker culture might just be seen as condescension and even one-upmanship to a non-native speaker. 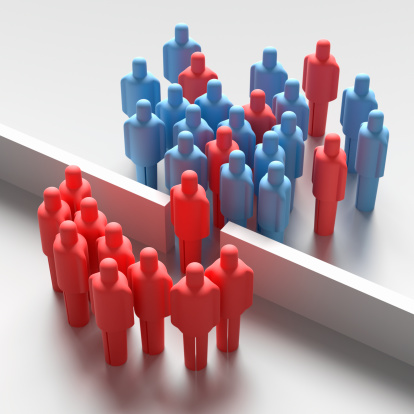 11. Be aware of the way you communicate with other native speakers in the room.

When speaking to other native speakers in the presence of non-native speakers, be considerate to those participating in your conversation and don’t assume that just because the fellow native speaker understands you, the others do too. 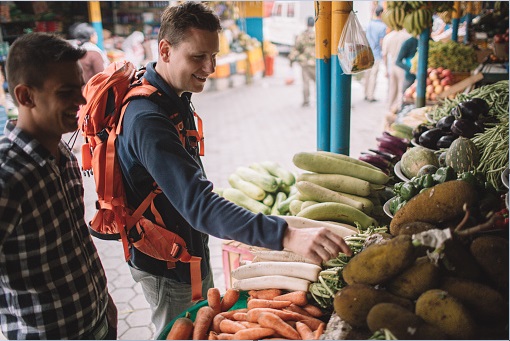 This might be a tall order, but you need not embark on a full-scale language learning journey in order to empathise with those who use English as a second language. The next time you go abroad, attempt to learn and use some simple phrases at the airport, at the shops and at the restaurants.

As a speaker of the world’s lingua franca, it is sometimes tempting to fall back on English to communicate your needs. It is after all less embarrassing and you feel more in control. But it is precisely this control over your communicative ability that needs to be stripped in order for you to gain better insights into the interactions you will have with non-native speakers of English.

Sociolinguist John Gumperz, the father of interactional sociolinguistics, was known for saying that the ‘standard’ form of a language (in our case ‘native speaker British/American English’) is really the dialect of those who are in power. And those who speak a stigmatised and less powerful dialect (e.g. our non-native speaker counterparts) often are expected to have the ability to be diglossic (fluent in their own dialects/languages plus the standard variety).

Gumperz very astutely observes that those who are native to the prestige dialect (that which is considered the ‘standard’) are rarely able to speak in other codes. Although Gumperz made such observations in the 1960s, it is perhaps still true of the English native speakers in today’s world where most English speakers are in fact non-native.

It is perhaps time that the native speakers who aim to communicate internationally strive to be more diglossic and improve their ability to code-switch from their native ways of speaking English to adapt to their interlocutors from the international community. 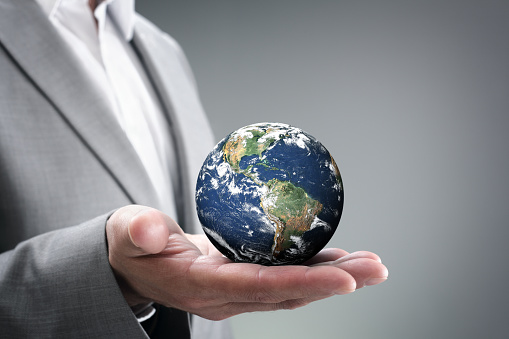