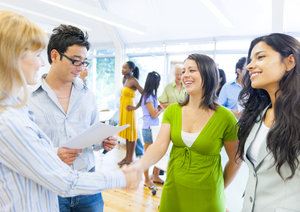 What do the following dialogues have in common?

(B)   Jen: Lovely weather today, isn’t it?
Dale: Gorgeous weather! I hope it holds up till the end of the week.

(D)  Paul: Would you like to join us for dinner?
Beth: I would love to. Thanks.

The above are all adjacency pairs, i.e. typically two-turn dialogues that constitute the smallest unit of a conversation exchange. In example (A), Jason’s greeting is a response to Sarah’s greeting and therefore dependent upon it. And together, Sarah and Jason’s exchange form a neat unit that we have become very familiar with.

Example (B) is a variation of the ‘Greeting-Greeting’ adjacency pair, except that the ‘greetings’ take the form of a ‘Question-Answer’. However, we know that Jen’s utterance isn’t really a question as such. She is simply making small talk with Dale and fully expects him to make small talk back…which he does.

There is an almost-scripted nature in Jason’s, and perhaps to a lesser extent, Dale’s responses, but both respond in a way that meets expectations. The following conversation, for example, wouldn’t quite work. 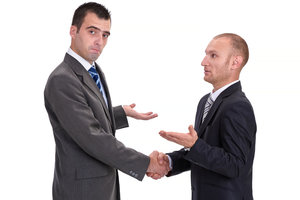 In most contexts, to respond in the above ways would violate H.P. Grice’s conversational maxim of relation (1975) and Sperber and Wilson’s (2004) Relevance Theory, and resulting in a socially awkward moment where Sarah and Jen would be scratching their heads wondering what kind of conversation they’ve just had.

The almost-scripted nature of adjacency pairs, like those in examples (A) to (D) is why such a pragmatic phenomena is of interest to English language teachers and material writers.

After all, if we can narrow down the expected responses in conversation, we can simply teach these phrases/chunks of language to the learner and make them sound more proficient than they really are! In fact, we can even teach robots to have conversations in this way. 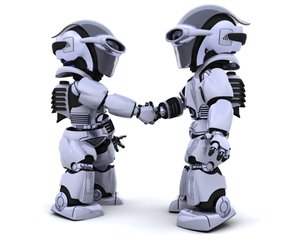 If you are still in doubt, have a look at example (C) and you will see that the acceptable responses are limited to a variation of the following options:

(i) Dawn: Oh thank you! I just bought this x days ago.

(iii) Dawn: Thanks! I got it from this shop from the High Street.

Following the Relevance Theory, Dawn’s response would have to be of relevance to Allyson’s utterance and therefore some sort of comment on the dress. But not all comments on the dress would be appropriate.

To say the following, for example, would be socially awkward…

(v) Dawn: My grandmother died in this dress.

(vi) Dawn: It’s made of 60% cotton, 40% polyester, is machine washable at 40 degrees Celsius and quite flammable. 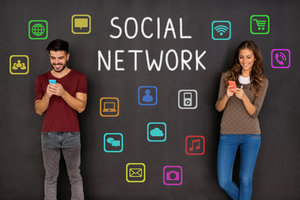 One might argue that such short two-turn conversational exchanges make up only a very small part of our daily interactions with people where what we say is mostly unpredictable and varied. However, in today’s world where many of our interactions take place on social media and instant messaging services, the short two-turn exchange could take on more importance than ever before.

Let’s look at some typical Facebook interactions for example.

Martin posts on his Facebook wall:
I’ve passed my MA with a distinction!

And the comment thread shows Martin’s friends responding with ‘Congratulations!’, ‘Well done!’, ‘Your hard work has finally paid off!’ or some variation of the above.

And the replies he gets read ‘Cheer up!’, ‘Oh dear! I hope things get better soon’, ‘Don’t worry, things will always find a way of working themselves out’ or some variation of the above.

Amy posts a photo of her eight-month-old baby on Instagram.

And the comments read ‘So cute!’, ‘Gorgeous!’, ‘She’s lovely!’, or some variation of the above.

I could go on. But you get my gist.

Many of the interactions we have, especially on social media today, are short, and almost scripted and predictable.

To try and be different or to not respond in an expected manner at best could result in a few perplexed friends, but at worst, social suicide. Many would agree that not posting a comment would be far better than posting an inappropriate or socially awkward comment.

Taking all that into consideration, should the social media discourse of such exchanges take more prominence in our teaching materials and content? 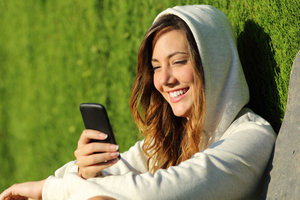