In Focus on Content-Based Language Teaching Patsy Lightbown examines the challenges of teaching a second or foreign language while also teaching another academic subject. After drawing on evidence from classroom-based research into content-based language teaching (CBLT), she identifies some instructional practices to overcome these challenges.

After a brief introduction outlining the structure of the book, there are five substantive chapters, followed by suggestions for further reading, a useful glossary of key terms, a set of references to works cited in the book, and a comprehensive index of concepts covered.

The first chapter, Approaches to CBLT, begins with three classroom snapshots to illustrate different approaches to interaction in CBLT classrooms. This is followed by a reflective activity in which readers are invited to indicate the extent to which they agree or disagree with a set of 14 statements about CBLT. The chapter then reviews the historical background of CBLT, and a description of how it has been variously applied to meet the needs of both majority- and minority-language students. Among other examples, Lightbown discusses how in 2003 Malaysia introduced the teaching of mathematics and science in English to all secondary school students in state schools, but abandoned the policy in 2009 to return to teaching these subjects in the vernacular language. The author points out that ‘in these settings and in others, it is often difficult to find teachers who have the combination of adequate L2 proficiency, specialized subject matter knowledge, and training in foreign language pedagogy’ (p14). After discussing appropriate pedagogical practice, she returns to this important issue towards the end of the chapter in the section entitled Who teaches? and emphasises the importance of adequate professional development for both content teachers and language specialists in order to ensure that students make sound progress in both aspects.

Chapter 2, Learning Language and Learning Content, begins with a brief review of what Second Language Acquisition (SLA) theories report about the need for time-on-task, whether instruction should be provided intensively or extensively, and the learner’s age. The central part of the chapter is taken up with a discussion of Stephen Krashen’s (Krashen, 1989) comprehensible input hypothesis, which argued that if input is comprehensible and the learner is not under stress, language acquisition is inevitable. Lightbown points out that ‘comprehensible input is the essential starting point for second language acquisition’ (p46) and briefly mentions Merrill Swain’s (Swain, 1985) comprehensible output hypothesis, which argues that learners need to be pushed to produce language (orally or in writing) in order to get feedback about what they still do not know. There is an all-too-brief discussion of the important distinction, identified by Jim Cummins (Cummins, 1984) between basic interpersonal language skills and cognitive academic language proficiency. Several other issues are discussed – skill learning and practice, memory and retrieval, corrective feedback, cooperative/collaborative learning, and vocabulary learning – before Lightbown wraps up the chapter with A Framework for CBLT Pedagogy. The four phases of this are: meaning-focused input, meaning-focused output, fluency development, and language-focused learning. Bearing in mind the essentially dual focus of CBLT, there are two important caveats about this framework. Firstly, the meaning-focus input provides no indication of how grade-appropriate curricular content might be simplified without being watered down. Secondly, the language in focus in the fourth stage appears to be limited to lower order concerns such as verb forms, pronunciation and syntax. Nothing is said about academic language proficiency – that for example, history reports are structured very differently from scientific experiments. While this may not be so important in primary classrooms, the generic features of curricular discourse does need to be explicitly taught to senior students. The problem is that the sort of SLA research that Lightbown cites has little to say about such matters.

In Chapter 3, Classroom-Based Research on CBLT with Young Learners, Lightbown begins by citing research that clearly indicates that ‘early literacy in L1 is a good foundation for L2 learning’ (p76) both in immersion and dual language programmes. She goes on to discuss Learning Content in CBLT, focusing on the use of simplified texts to promote comprehensible input; here, she does acknowledge some limitations of such materials, and provides a snapshot of a teacher in a dual immersion programme using about a dozen techniques to overcome some of these. One was that she ‘encouraged students to discuss their work and help others seated at the same table if help was needed’ and another was that she ‘replied in Spanish if the students spoke in English, and encouraged them to repeat the question in Spanish’ (p81). It would have been appropriate here to have discussed in more detail the issue of switching between L1 and L2. This would be even more important in the next section on Group-Work in Content Learning, where the advantages of cooperative learning are stated and then illustrated in another classroom snapshot. It is difficult to believe that such groups of young students would not code-switch at times, and – if they did keep strictly to the target language – whether they were able to discuss the topic as accurately and efficiently as they would in English. The chapter concludes with brief sections on Vocabulary Learning and Corrective Feedback and Language Focused Learning: the latter focuses entirely on low level concerns identified in students’ oral production; are students at this age not pushed to produce written output in the target language?

The fourth chapter follows the same pattern as Chapter 3, but with its focus on adolescent learners, acknowledging that ‘the demands and expectations for both language proficiency and academic learning in the secondary school are substantial’ (p101). Lightbown presents and discusses three classroom snapshots based on studies that show approaches that have led students to effectively learn academic content. She again points to the abandonment of the maths and science policy in Malaysia, and suggests that it ‘may be said to have ended before some of the types of professional development and curriculum reform that might have succeeded had time to work’ (p112). It might also be argued that such reforms should have been implemented before the ill-fated policy was introduced. In next considering Learning Language in CBLT, Lightbown begins by weighing the advantages and disadvantages faced by adolescents compared to younger learners. She then considers the effects of time spent on language learning and the end-of-school outcomes of CBLT students with those who studied English as a subject, and cites one study in Germany that revealed that the performance of the former was ‘dramatically better’ (p117) than the latter. However, she cites the point made by Langabaster (Langabaster, 2008: 38) that students who elected, or were selected, to follow CBLT programmes may have been more motivated and more highly gifted than the others. Turning to language issues, as in the previous chapter, she again focuses on vocabulary and sentence-level forms rather than higher order concerns such as the discourse features of academic subjects.

In the final, brief chapter, CBLT: What We Know Now, the author offers her own responses to the list of 14 statements she asked readers to reflect upon in Chapter 1. On the whole, she makes soundly balanced points and acknowledges the many difficulties involved in teaching content and language programmes. She concludes: ‘It is clear from the research on CBLT in classrooms around the world that students and teachers have to work harder than their peers to accomplish the dual goal. It’s worth the effort’(pp137–138).

I enjoyed reading this book; Patsy Lightbown writes clearly and persuasively about a great many important issues uncovered by research into CBLT, and their pedagogical implications. As indicated above, she does skirt around some important issues in her advocacy of CBLT. She cites extensive research that suggests that CBLT can be beneficial – in some contexts. Those contexts, as she is careful to explain, and as discussed in a number of MET articles between 2013 and 2015, require bilingual teachers, an appropriately tailored curriculum, specially prepared teaching and learning materials, and adequate professional development for both content and English teachers. Some education systems, such as those in Germany, have done just this with successful results. However, those schools where CBLT has been introduced have been selective in terms of student motivation, intelligence and cultural (and financial) capital. Unfortunately, many countries elsewhere – and Malaysia is just one example – have tended to jump onto this bandwagon and introduced CBLT across the education sector without sufficient planning, curricular reform or essential resources. To do so is to set up students and teachers for failure. In such cases, CBLT is not worth the effort.

Krashen SD (1989) We acquire vocabulary and spelling from reading: Additional evidence for the input hypothesis. The Modern Language Journal 7 (3) 440–464.

Roger Barnard is an Associate Professor in Applied Linguistics at the University of Waikato, New Zealand. 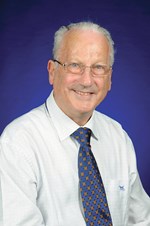