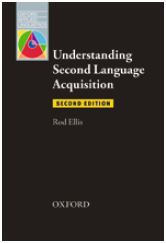 The author describes this second edition as ‘an entirely new book with an old title’, reflecting three decades of research which have generated new data, new conclusions, new doubts, and shifts of interest in the study of second language acquisition. In contrast to the first edition, there is now no chapter devoted to learning strategies, in response to the methodological weakness of much of the research in this area and the questionable nature of the construct itself. Detailed consideration of linguistic universals and Universal Grammar is also omitted; the author regards these topics as having less relevance to his primary target readership, i.e. teachers and teachers-in- training, and also believes that such purely linguistic theories cannot adequately account for second language acquisition. The growth of interest in cognitive and social aspects of second language acquisition has resulted in two new chapters. And instead of a single chapter on form-focused instruction, as in the first edition, there are now separate chapters on explicit and implicit instruction respectively.

The first chapter provides a succinct historical summary of SLA (the term ‘SLA’ is used to refer to the field of study, in contrast to ‘L2 acquisition’ for the process of acquisition itself) since its emergence in the 1960s. It outlines how interest shifted from descriptive research identifying features of learner language and how these features change over time, to the roles of L1 and of input and interaction, to theory-driven research, which tested hypotheses related to negotiation of meaning, noticing, implicit and explicit learning, the dual-mode system and skill-learning. The 1990s saw a rise of interest in the role of social factors in L2 acquisition, and of attempts to integrate cognitive and social perspectives. A more recent development has been the application of complexity theory to L2 acquisition.

The first edition of Understanding Second Language Acquisition appeared in 1985, when the study of second language acquisition was, in the author’s words, ‘still in its infancy’. So, have the intervening 30 years been long enough for the infant to come of age? Well, it seems that SLA has at least reached the stage of a teenager who is finding the world increasingly complex, who asks more and more awkward questions and is increasingly critical of the explanations offered by its parents, preferring to draw its own conclusions, however provisional these may be. For example:

Is there a ‘critical period for L2 acquisition’? Not really. Age does have an effect, but the effect is gradual; there is no identifiable ‘window of opportunity’ that closes at a particular age.

Do learners of all ages acquire grammatical morphemes in the same order? There is substantial evidence that they do, but also that order of acquisition is affected by L1 and by the learning environment. It is also suggested that younger learners’ reliance on implicit learning may enable them to take short cuts through the step-by-step route taken by older learners, and: ‘An emergentist view of L2 development casts doubt on the existence of distinct developmental sequences.’ The emerging view is one of complexity, in which an ‘overall learning trajectory’ is perhaps nevertheless discernible.

What effect do intelligence, learner beliefs, willingness to communicate, personality and learning style have on L2 acquisition? There is ‘a scarcity of research’ into the influence of these factors.

Is language aptitude fixed or is it susceptible to improvement as a result of experience or training? ‘This is clearly an area in need of further research.’

What is the relationship between language aptitude and explicit learning? Does aptitude enable learners to benefit from explicit instruction, or does such instruction compensate for differences in aptitude? ‘It is not yet possible to determine which of these hypotheses is correct.’

What is the relationship between working memory and L2 learning? ‘[...] research has only begun to “scratch the surface” [...]’

‘SLA research has examined only a few’ of the situational factors which influence variability in learner language.

‘What is missing from much of the social turn research is any attempt to demonstrate that linguistic change has occurred.’

And so on. Phrases such as ‘still in its infancy’, ‘little is known about’, ‘to date, there is little research’ recur throughout the book.

The way forward appears to require an ‘integrated research perspective’, ‘one that combines social, psychological and linguistic perspectives and gives weight to all three’. ‘At present, though, there is little sign of this happening.’ But the feasibility of such a unified perspective, and its applicability to all learners, appears to be in doubt: ‘Perhaps the drive to develop a theory of L2 motivation that is applicable to every context is mistaken as separate theories may be needed to take account of contextual differences.’ And at least one researcher suggests that ‘no individual behaves as the average person and that all individuals have their own patterns.’

It is also clear that, in spite of growing interest in the development of phonological, lexical and pragmatic competence, grammar – e.g. how negation is realised grammatically – has continued to be predominant as a focus of interest in SLA. More broadly: ‘Research has tended to focus on incidental acquisition in naturalistic settings, and the development of productive rather than receptive ability. It has tended to treat grammar, phonology, lexis and pragmatics separately, overlooking their interconnectedness.’ For example, it has tended to overlook how the acquisition and subsequent analysis of formulaic sequences feeds grammatical development.

The overall impression is an increasing realisation that L2 acquisition is dynamic, variable and non-linear. Often, re-analysis of earlier data has resulted in quite new interpretations.

Rod Ellis has made a twofold contribution to SLA, as a researcher in his own right and as an indefatigable chronicler of the field. In this latter capacity, as the author of this book, he writes – as always – clearly, accessibly and objectively, referring to, comparing and evaluating a huge range of studies old and new, highlighting the benefits and shortcomings of different approaches to research, the theoretical assumptions behind them and the soundness of the conclusions which have been drawn from them. Throughout the text, there are clear summaries of key points, and key terms (about 220 of them) are highlighted in the text and explained in a glossary.

What of the relevance of this book to English language teachers? Well, it would be hard to disagree with the author’s contention that: ‘An understanding of how learners learn a foreign language seems to me an essential requirement for language teachers.’ ‘Hopefully, this book will help them to evaluate their beliefs about language learning, enable them to make their theory of learning explicit, and encourage them to think about how they can best ensure that their practice of teaching takes account of how learners learn.’ However: ‘Readers [...] must be prepared to grapple with [...] complexity. They should look for “insights” rather than definite “answers” [...].’ For example, SLA appears to give at least conditional support to both PPP (as long as it includes communicative use of target language) and TBL, and ‘a language curriculum that includes both explicit and implicit instructional components is perhaps most likely to ensure that language pedagogy is efficient and effective for ensuring balanced L2 development.’ More specifically, feedback may be ‘the single most important factor in explicit instruction’ and, despite popular methodological recommendations, there appears to be a clear advantage in providing corrective feedback while learners are engaged in communicative tasks.

There are also implications for educational policy-makers. Very young learners do have the potential for high ultimate attainment, but only if they have ‘massive amounts’ of exposure to the language they are learning, and school instruction is unlikely to provide this. Older children, on the other hand, make faster progress in acquisition, and it may be that starting instruction before secondary level is actually misguided.

So, where is SLA now? The evidence reviewed in this book suggests various answers: at base camp, in the foothills, following different routes to the same destination, lost in the fog, blundering around using inaccurate maps ... In any case, the increasing recognition of complexity, unpredictability and individual variation will no doubt resonate with teachers’ experience of what happens as a result of what they do in their lessons.