We’ve all had the experience of that student whom we found difficult to deal with: maybe it was because they refused to play ball and participate in what you had planned for the class; or maybe it was because they were not being respectful towards the other students; or perhaps it was because you felt that their presence often pulled the mood down in the class. Whatever the reason, that one student can often be the difference between you looking forward to going to work and dreading it.

I remember a student that many teachers in my school were complaining about. He had a tendency of disrupting classes, not paying attention to what was going on, as well as having a knack of saying and doing inappropriate things at the most inappropriate times. When he was put into my class, I was repeatedly warned and so I had the benefit of being able to consider my plan of action.

On the first day of the class, I roped him into helping me with a number of tasks: from giving out worksheets to being the group leader in a small task. When he demonstrated he’d made an effort or when he tried to perform a task well, I’d praise him, sometimes quite publicly in front of the other students. When he used an English phrase particularly well, I’d ask him to model it again for the other students, and I’d drill them to say it like he did. Within a day, his behaviour transformed and he became pretty much a model student.

I’m of course in no way suggesting that all students with challenging behaviour can be turned around so swiftly and easily … There is no doubt that every individual and every case is different and there can be no one-size-fits-all solution to all of them. However, in my many years of teaching, I have found that these five ways have worked well for me, and hopefully, they might for you too.

I’m aware that many of my readers deal with younger learners and so it’s important to specify that I tend to teach adults, and my youngest students tend to be in their late teens. The methods one might use to deal with challenging adult behaviour might (arguably) be different from those used with younger learners, and so what I’ve written above might or might not apply to your context.

In my next blogpost (which you can find here!), I’ll be looking at five more ways of dealing with students that demonstrate challenging behaviour. In the meantime, share with us your experience in the comments section below! 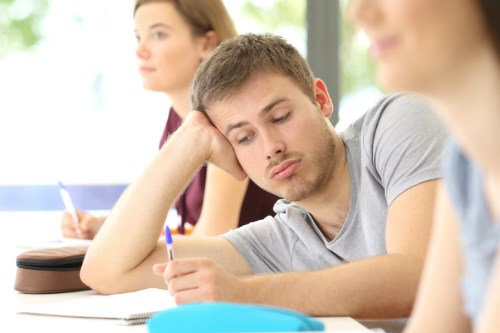