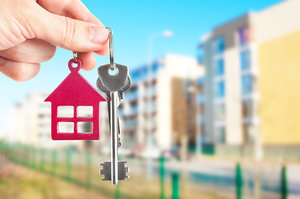 I’ve recently moved house. And it’s a terrible hassle every time I move.

You’ve got to contact the company that supplies your power and your water, the council, your phone and broadband provider, the milkman, the mail redirection services, etc.

It gets worse if you’re moving from one country to another. You’ll have to inform the relevant government departments of your move (and find out how this would affect the taxes you’re liable to pay). You also have to start a new bank account (which might not be easy if you have no credit history in the country you have just moved to), and you have to sort out your national insurance or social security details.

But for one student of mine, this nightmare was a productive and even life-changing experience.

Let me start at the beginning of my story. 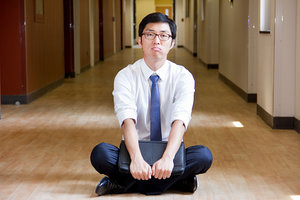 I met Yao (not his real name) on a university foundation programme that I was running. He had just arrived from China and was doing a six-month English course to prepare him for his IELTS exam and his entrance into a UK university.

Yao wasn’t particularly interested in studying English or in studying in the UK. I somehow got the feeling that he was here mainly to please his parents. He was absent or late for a lot of his classes, and when in class, he hardly participated in any discussions in English and hung out mostly with the other Chinese students.

Yao was clearly very self-conscious about his level of English. He knew the grammar structures and lists of words from his English study in China, but he found it difficult stringing them together into coherent sentences. The pressure of real-time communication also put him off wanting to practise speaking in English.

The combination of coming from a culture where face in a public space is valued highly and being a regular teenager who preferred to mope around in silence than to admit to any insecurities or deficiencies made it all the more difficult for Yao. He started finding ways to avoid communicating in English. And this didn’t do his English, or his confidence, any good.

I didn’t see Yao for about six months after I left the programme and we crossed paths again when I was coincidentally assigned to give him one-to-one English lessons as preparation for his upcoming IELTS exam.

When Yao turned up for his class and started chatting to me in English, I was dumbfounded. His English had gone from a Low Intermediate A2 level to an Upper Intermediate B2 level. And for someone who avoided speaking English like the plague, this was quite an accomplishment.

I immediately asked Yao how he managed to improve his English so dramatically. Did he find a new passion for the language? Did he realize that he needed it to enter university and not be sent back to his country? Did he finally started attending all his classes? 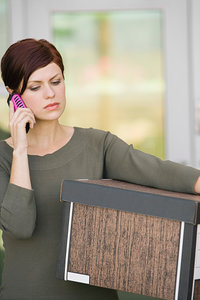 Yao replied, “Oh, I just had to speak to all these service providers. I had no choice.”

His reply was almost as puzzling as the sudden jump in his level of English. So I asked, “What do you mean?”

Yao didn’t sound happy about his experience. I guess no one would enjoy spending hours and hours on the phone trying to sort such things out. But the side effect of all this was that Yao’s level of English skyrocketed. And his vocabulary for problem-solving and talking about bills, invoices, meter readings, and internet connectivity issues certainly was impressive.

Sometimes, more than the classroom speaking practice that can occasionally be enforced and contrived, such (what I’d like to call) ‘incidental practice’ of a language can be much more powerful and the results can be long-lasting.

Another student I knew (let’s call him Leonardo) came to the UK with absolutely no English at all. Leonardo found it difficult to get by and started avoiding speaking English as it depressed him. But he soon found an interest in TV series and watched five seasons of 24 in a period of four months. In this time, his English went from a Beginner A1 to an Upper Intermediate B2 and he went on to pass his Cambridge FCE exam at the end of his first six months in the UK. 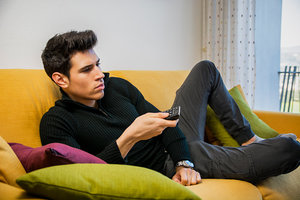 Leonardo certainly did not watch 24 because he wanted to improve his English. He watched it because he enjoyed the series and did it in English because the DVDs loaned to him didn’t have any Italian subtitles and so he had to make do with English subtitles instead.

You might argue that the two cases I have told you about are of students who have come to live in the UK and therefore naturally had more opportunities to practise their English.

A more recent encounter of mine was with a student called Ahmed (again, not his real name). Ahmed already had a B2 to C1 level Pre-Advanced level of English when I met him. This was significantly different from his cohort (he had arrived in the UK with 40 other students from his country). 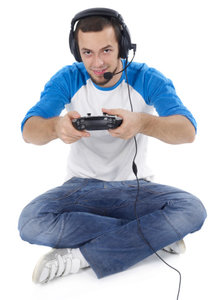 I was naturally curious about why Ahmed’s English was so vastly different from his classmates’ and started to get to know Ahmed and his interests. It turns out that Ahmed loves computer games. And he spends most of his leisure time playing games online with an online gaming community. Most of the participants of this gaming community are Americans, which accounts for Ahmed’s occasional use of American slang and his slightly Americanised pronunciation.

I began to think of my own language learning experiences, and of how I learnt Japanese in my teens not from the grammar classes at school, but from my then-obsession with a Japanese pop band.

I remember my very strict and traditional Japanese teacher yelling at me, saying that I should stop listening to all those mindless Japanese pop songs and watching those Japanese teenage dramas. “Your Japanese is far too casual! These songs and TV shows are not helping your Japanese!” she’d scream.

But what she didn’t understand was that I wasn’t listening to those pop songs or watching those TV shows in order to improve my Japanese. It was because it was what I loved doing. And the Japanese language was but an incidental consequence of my actions.

And perhaps sometimes these ‘incidental learning experiences’ can be the best ones. 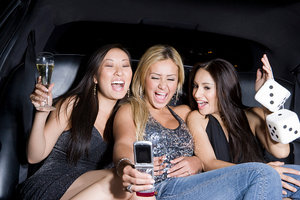 Chia Suan Chong is a General English and Business English teacher and teacher trainer, with a degree in Communication Studies (Broadcast and Electronic Media) and an MA in Applied Linguistics and English Language Teaching from King’s College London.
Fascinated by the interplay between culture, language and thought, Chia is also an intercultural skills trainer and materials developer, and is now based in York.
She is also the voice of @ETprofessional on Twitter. You can find out more about her on her blogsite www.chiasuanchong.com
email this article
...