Since the last issue I have moved from Oxford in the UK to Hamilton in New Zealand. I have been very lucky to have moved as one summer ended and arrived as another one started. Although both countries are English-speaking, they are very different and I am thoroughly enjoying the experience of getting to know a new culture. As far as the English language goes, there are one or two expressions such as ‘Sweet as …’ or ‘She’ll be right’ which were slightly baffling at first, but they make sense in context. There are also a number of vocabulary items such as metal road or chillybin which only take a couple of blank looks before an explanation is proffered. EFTPOS is a way of paying for things by card, but the word card is never mentioned. It is one of a number of acronyms I have had to learn. The last area I have struggled in is pronunciation, where the intonation patterns are slightly different and the /e/ sound as in ‘I met my friend Jenny yesterday’, is pronounced with an /i/ where I would normally say /e/.

So it is quite fortuitous that the theme of this issue is Listening, Speaking and Pronunciation. Each of these areas suffer from the fact that there are fewer rules to teach and that they are far more dependent on physicality and personality. In terms of physicality, you have to practise making new sounds when you learn English, training the tongue and lips to take up new positions. You also have to deal with the problem of listening to a language delivered at a different pitch, with different intonation and rhythm to the mother tongue, and with training your ears to listen in chunks and to ignore certain weak forms. And when it comes to speaking, learners need to have to want to speak (too many modals?) in order to say something really interesting and memorable. On top of that, and unlike reading and writing, they usually have no control over timing and have to fit in to a conversation, speaking at just the right time.

So with so much to cover I am delighted to have received some excellent articles offering genuinely new approaches to all three areas. In terms of pronunciation I am really pleased to have contributions from some of the leading experts in the field and I hope you enjoy seeing how much common ground they share when discussing the ‘Cinderella’ of English Language Teaching. For listening and speaking we have some interesting articles from first-time contributors, along with ideas from teachers who have written for us before.

Last week I was in China, running some courses for nurses. What struck me as we practised hospital-based scenarios was how important the spoken language is. ‘Can I take your pulse?’ can so easily sound like ‘Can I take your pills?’. Words like anaesthetist or paediatrics are so much easier to recognise in a written form rather than the spoken one and are both hard to pronounce. Yet these words are key to being understood. Confusion at the start of a conversation over ward and word or heart and hurt takes a bit of time to clear up.

Back at work this week, preparing new teaching programmes for next semester and again I was struck by the lack of importance given to pronunciation. Craig Thaine discusses this point very well in his article in this issue and I suppose it is fair to say that at whatever age you are teaching, and at any level, don’t ignore pronunciation. It helps our students speak, listen, read and write. Any student who says that pronunciation is difficult is right. That doesn’t mean they cannot try to improve it and like many things, once you have pronounced the sounds well, you don’t go back to saying them unclearly.

Enjoy the issue and have yourselves a fabulous 2018! 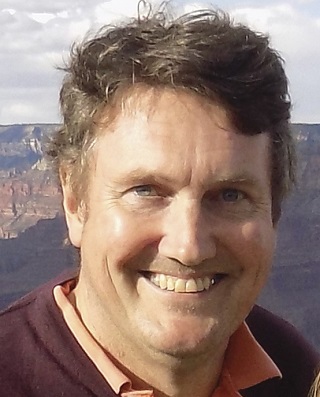 Robert McLarty has been involved in Business English teaching since 1979. He is a teacher and teacher trainer, and has run a number of RSA Diploma and teacher-training courses. From 1986 to 1997, Robert was the Director of ILC Paris. In 1998 he moved to Oxford to run OISE Oxford and in 2004 he joined Oxford University Press' ELT Division as Publishing Manager, Business English.