This book, along with Reading for IELTS and Writing for IELTS, is part of a three-book series which aims to prepare the learner for a score of 6 in this highly demanded exam, equivalent to the old upper intermediate or a good CEFR B2 level. In the old days students used to learn general English to at least a good intermediate level before trying to improve their IELTS score through an exam preparation class but these days exam preparation starts earlier. Evidence of having attained B2 level is vital in many contexts. Indeed, IELTS level 6 is not an uncommon UK university entrance requirement for a wide range of subjects. There’s no doubt about it: a 6 will open a lot of doors.

The book is composed of 10 units which all follow the same easily digestible format: first a two-page spread called Topic Talk; then two pages of Listening Skills; then three pages of Speaking, always finishing with a section on Pronunciation; and finally an Exam Listening task.

Each unit then is built around one typical IELTS topic and the main function of the Topic Talk section is to make sure the learner is familiar with some essential vocabulary, including chunks and useful formulaic oral expressions, taking into account the assumed low-level entry point to the course. So, for example, a vocabulary task in the first unit deals with types of accommodation starting with house and flat and moving on to terraced house and penthouse. The choice of task for the Exam Listening is also worth mentioning: of the 10 tasks, four are taken from section 3 of the Listening exam, three from section 4, two from 2, and only one from section 1. Sections 1 and 2 usually deal with social topics and are therefore considered easier, while section 3 tasks are usually on academic topics and involve several participants, making them generally more complex and more challenging. Indeed, Unit 4 of the book focuses on identifying academic contexts as a listening sub-skill.

The authors take little for granted. The learner is led into the intricacies of the Listening tasks step by step. I must say I was surprised that the book starts by drawing the learners’ attention to whether the responses required by the task need to be completed by row or by column. In other words, having done question 1, should you read along the row to find question 2, or down the same column? ‘Do you need to be taught this?’ was my first reaction. However, it is typical of the book’s somewhat painstaking method, which always sets out to make conscious what might be understood intuitively. The two authors, let it be said, clock up together around 60 years’ teaching/exam preparation experience, a good deal of it in IELTS, so they know what they are doing.

The importance of the role of prediction is hammered home throughout the book. At the very start we find a typical listening-task table that can be completed without reference to any aural input whatsoever. Maps, students’ notes and flowcharts are all treated in a similar way. Unit 6 focuses on sensitizing the learner to the ‘logic of layout’. If I’m not mistaken, teaching such cognitive skills has only recently become an explicit element in language teaching.

I was also somewhat surprised to find sound linking in connected speech introduced so early as an active oral skill. I am talking about the intrusive /r/ as in fo[r]ever along with the half-vowels /w/ as in too[w]easy and /j/ as in yes I[j] am. The authors justify this with the argument that it helps learners’ English ‘sound natural’ and will get them a better grade for fluency in the exam. In my opinion, this is not borne out in the band 6 assessment descriptors, which talk about a ‘range of pronunciation features with mixed control’ and ‘effective – but not sustained – use of pronunciation features’. Indeed, at this level, mispronunciation of individual sounds is tolerated in the assessment criteria, even when it ‘reduces clarity at times’.

So, while I think awareness of sound linking in connected speech is absolutely necessary as a listening sub-skill at B2 level, I am not convinced that it needs to be taught as part of Speaking, and certainly not in the context of English as a Lingua Franca. Indeed, I find it rather disappointing that speaking models throughout are read out in a scripted, stilted RP, which in fact corresponds to the pronunciation of a small minority of British English speakers. I think C1–C2 non-native speaker models would have been more appropriate. I was similarly a bit surprised to find that, whereas the book deals with the importance of recognising the use of paraphrasing in Listening (in Units 7 and 10), it does not focus on the skill of paraphrase in Speaking. I find this odd in view of the prominence paraphrasing is given in the speaking exam assessment criteria, which indicate a band 4 in lexical resource if attempts at it are ‘rare’ and a band 6 where its use is ‘generally successful’.

The book can be used for self-study or in class. I used it in London with a mixed class of around 15 students in which the least prepared started with barely a level 4 (or B1) standard of English. At the end of a five-month 15-hours-a-week course the whole class was around level 6 or above, but to what extent the credit for this goes to the teacher, the materials in the book, or the students themselves … 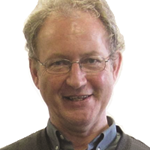