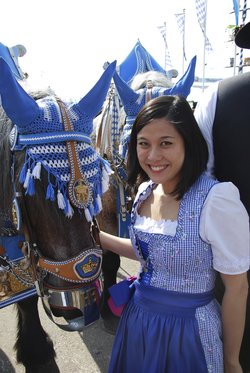 After leaving Germany this week, I find myself reflecting upon the time spent in Munich, my experiences of Germany, and most of all, my attempts to learn German.

As I have ended up staying in Germany for a much shorter time than I had anticipated, I have unfortunately not been able to find the time to take formal language lessons, as was my original plan. Learning to speak German was therefore limited to the few encounters I had with the German natives at shops and restaurants, clinics and hospitals, the German TV programmes that we occasionally had on at home, and the short 2-week beginner’s German online course that I trialed on behalf of a language course provider.

Although limited, these language learning experiences have forced me to reflect upon some of the mantras we language trainers promote, and the realities faced by our students. 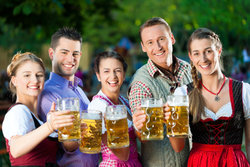 The unquestioned mantra:
Get as much practice as possible by seeking out native speakers to speak the language to.

The reality:
It is hard to meet native speakers, and most encounters are limited to the repetitive short turns at cafes, restaurants and shops. What is even harder is finding someone patient enough to negotiate meaning with a beginner level learner. On the rare occasion when I had the opportunity to have a conversation with a German speaker that lasted for more than 5 turns, I freaked out, went blank and turned to my partner constantly for translation help. 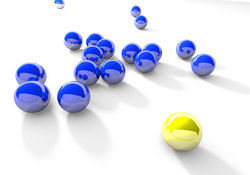 The unquestioned mantra
Listen to good native speaker models. Use them as role models to aspire to.

The reality:
I will never be a German native speaker and I’m not sure if I’m willing to spend the time it would take me to perfect my German to the level of a native speaker. It’s not a lack of ambition. It’s simply seeing no need for it.

In fact, I find listening to non-native German speakers extremely inspiring and motivating. While channel-surfing one day, I chanced upon Howard Donald of Take That as one of the judges of the German talent show ‘Got to Dance’. Although his German was limited to several stock phrases, he displayed a courage in experimenting with what clearly was a new language to him in front of a nation of native speakers.

In addition to picking up a few new German phrases from him, I felt strangely encouraged. Instead of feeling daunted by the huge gap apparent to me when I listen to a native German speaker, I went away feeling a strong sense of ‘If he can do it, I can do it too’. 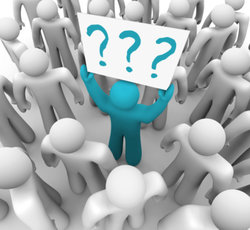 The unquestioned mantra:
When listening and reading, don’t worry about trying to understand every single word. Just go for the gist of the big picture and try and guess the meaning.

The reality:
The most common and most frequent words in a language like English are often the grammar words like articles ‘a’ and ‘the’; particles like ‘on’, ‘in’, ‘off’; pronouns ‘I’, ‘you’, ‘we’; and conjunctions like ‘and’, ‘but’ and ‘because’. It can be impossible to guess the meaning if all that you know and can identify with are these common grammar words.

It is the words and phrases that carry meaning, and therefore content, that help us with understanding the text (reading or listening). Yet, often, in beginner language courses, the focus seems to be on syntax and grammatical structures peppered with less useful pieces of vocabulary like ‘table’, ‘pen’, ‘eyes’, and ‘cat’, and phrases like ‘How old are you?’, ‘What time is it?’ and ‘The pen is under the chair’.

In trying to listen/read for gist, all I end up hearing is:
“We blah blah and there’s blah their blah in blah because he blah to the blah and a blah can blah…Why blah blah off in blah? If you blah before blah at my blah, then blah would blah…”

Perhaps it’s a pointless exercise trying to hazard a guess at general understanding of a text when less than half the lexis is known.
And I don’t seem to hear ‘pen’ or ‘cat’ or people asking me for my age or the time.

But I suppose a good communicator always manages regardless of the limited tools he/she has been given, as seen in this hilarious Spanish learner.

Of course, one can argue that there are indeed very few English users whose level are as low as my German. After all, the term ‘false beginner’ is heard more often in an EFL classroom than ‘true/real beginner’. And false beginners of English should already know how to say ‘What’s your name?’ and ‘I’m from Italy’. Yet, one elementary coursebook seems to follow another in its lexical syllabus.

So how do we know what lexis to include at each level? Do we accept what is recommended by externally pre-determined syllabi? What can we do to cater to the lexis that an English user might need at the beginning of his/her journey?

Not at all elementary, when you come to think of it.

To read the second part in the series click here