There is a good deal of disquiet about some aspects of the digital revolution and the impact it might be having on our lives. Much of this has focused on issues of privacy and identity theft, and on the problem of online grooming and paedophile activities. These are undoubtedly matters that should concern us. However, the book I am reviewing here explores some issues which could be even more important for the future of humankind. Its main focus is the potential changes digital devices might be creating in the physical structure of our brains.

The book’s title, Mind Change, is intended to echo the resonances of Climate Change, as a phenomenon which could have equally devastating consequences for our species. Susan Greenfield’s thesis is based on a simple syllogism: the human brain is plastic and adapts quickly to changes in the environment; the environment is changing in an unprecedented way and at an unparalleled rate; the human brain is, therefore, likely to be changing too. She begins by showing that the current phenomena of cyber-activity are also unprecedented, both in the quantity of exposure and the range of applications now available. One result of this is that young people have become more sedentary and are no longer exposed to ‘real-world’ activities. (Sue Palmer’s book Toxic Childhood develops this theme at length.)

In Chapter 3, A Controversial Issue, Greenfield concedes that there are arguments on both sides, and that there may be benefits from these technologies, provided they are used in moderation. Yet she also presents evidence to show that today’s youth may be ‘an easily distracted generation with short attention spans’. (In Issue 85, I mentioned Nicholas Carr’s book, The Shallows, which develops these ideas.)

The next four chapters deal with the brain, and how the brain becomes the mind. Greenfield shows how behaviour can change the brain. It is ‘sculpted by a lifetime of experiences’: the more we repeat experiences, the more they become integrated into the physical structure of the brain. (As the psychologist Donald Hebb observed, ‘neurons that fire together, wire together’.) So, ‘the impact of repeated experiences on brain functioning are the bedrock of mind change’. Mind, identity and consciousness are constituted by a unique network of experiences over a lifetime and the connectivity between them. But in Chapter 8, Out of Your Mind, Greenfield reflects on what happens ‘in situations where the here-and-now sensation turns us into passive recipients rather than proactive thinkers’, situations when we literally ‘let ourselves go’. The release of dopamine in the brain is common to addictive behaviour such as alcohol and drug consumption and gambling – and also, it appears, to excessive involvement in the intense visual and auditory stimulation which characterises much cyber-activity.

In the following four chapters, the author focuses on aspects of social networking and its impact on identity, relationships and society. She examines the complex relationships between feeling lonely and social networking, and the appeal of self-disclosure offered by social networking sites. However, she points out that the trade-off for more attention is loss of privacy, and she regards social networking sites as ‘a kind of junk food for the brain, harmless enough in moderation but deleterious when overindulged’. There is an interesting discussion of the effects of social networking on identity. ‘Creating, managing and interacting through an online profile is a chance to advertise yourself unchallenged by the constraints of reality, to be an idealised, edited version of the “real” you.’ Addiction to social networking also correlates strongly with narcissism, leading addicts to live simply to gain recognition and approval from others: if it isn’t worth putting on Facebook, it isn’t worth doing. Greenfield cites the growing popularity of Klout (1) scores as an index of online influence. Her conclusion is that unremitting use of social media may displace ‘a robust inner sense of identity in favour of one which is externally constructed and driven’.

In regard to relationships, Greenfield contrasts the reality of face-to-face communication with the illusory quality of many online exchanges. Online, what you see is what you get, and there is no call to understand what is happening in other people’s heads or act on it, as would be the case in face-to-face relationships. The result is we are offered the ‘illusion of companionship without the demands of friendship’. She also quotes studies which show that an increase in online relationships is correlated with a decrease in empathy.

Chapter 12, Social Networking and Society, focuses on the way the internet seems to deactivate internal moral controls which would otherwise restrain behaviour. It reviews some of the less desirable effects, such as cyber-bullying and trolling.

The focus turns to video-gaming in the next four chapters, with the observation that video games have contrived to separate the fun from the survival and educational value of traditional games. Video games are designed to be addictive: to stop playing brings on unpleasant withdrawal symptoms. Surveys show that about ten percent of gamers between eight and 18 years old are addicted. Games are not only highly exciting and immersive; they also allow gamers to shut out unpleasant realities about their real identity. Reviewing the effects of video-gaming on attention, Greenfield observes that there may be enhancement of visuo-spatial skills, speed of reaction, etc, thus improving selective attention in the moment, but gamers have increasing difficulties with sustained attention over time. The effect of games in increasing aggressive reactions and reckless behaviour is also examined. The fact that many games are violent, and that in a game there are no real consequences, tends to produce a low-grade disposition to violence. And because the sensory present trumps long-term consequences, this tends to promote a reckless obsession with the here-and-now.

The final chapters review the effects of the easy, free-of-charge, casual and rapid acquisition of unlimited information through the use of search engines such as Google. This could have a damaging effect on memory and on the ability to relate facts to each other in a coherent way. Greenfield writes: ‘The internet presents an endless stream of facts, but deep and interesting questions remain less obvious.’ She cites a 2011 CIBER Research study: ‘… the tendency to rush, rely on point-and-click, first-up-on- Google answers, along with a growing unwillingness to wrestle with nuances or uncertainties or inability to evaluate information, keeps the young especially stuck on the surface of the “information” age, too often sacrificing depth for breadth.’ Studies on multi-tasking and its negative effects on attention spans are reviewed, and evidence is presented that shows that multi-tasking makes learning slower, and is more likely to increase mistakes. There is also a discussion of the effect of digital devices on reading ability and study skills in general, with the conclusion that there is still a balance in favour of face-to-face interaction and physical books. Greenfield goes on to argue that ‘collecting facts is gathering dots, knowledge is joining them up’. To achieve what she regards as the essential goals of a strong sense of individual identity, of individual fulfilment and of being useful to society, she recommends creative thinking, which is ‘not something that can be purchased, downloaded or guaranteed but … can be fostered with the right environment’. She then goes on to discuss the possible effects of wearable digital devices like Google Glass or even of implants. She predicts that ‘… you will no longer be driving what you look at: the display will be driving you’, and that you will then be trapped in an endless hyper-connected present.

In the last chapter, Greenfield advises that we should not simply sleepwalk into this dystopic future. She suggests that the media have a role to play in foregrounding these issues, and that more reliable surveys of public opinion and behaviour and more lab-based research are needed. Like climate change, mind change can be diverted if we do something about it now …

Clearly, for all her attempts at objectivity, Susan Greenfield firmly believes that there is a real and present danger to humanity as we know it. The book is written persuasively in an accessible style and, as a leading neuro-scientist, her views deserve careful attention, though she has come in for a lot of critical comment.

If she is right, what are the implications for our teaching?

1. Klout is a website/app that uses social media analytics to rank people according to the size of their social media network.

Greenfield, S Mind Change: How Digital Technologies Are Leaving Their Mark on Our Brains Rider/Random House 2014 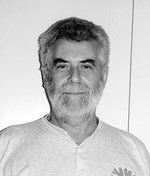