What is the value of sounding like a native speaker? In this blog post, I share my personal story of sounding ‘native-like’, before moving on to examine why this is yet another unhelpful label and then to discussing why in the field of English Language Teaching (ELT) we should move towards describing teachers based on what they can do, as first advocated by Kirsten Holt in Defining successful teachers: Teacher competences back in 2018.

“So where are you from?”

“Oh, but where are you originally from?”

“Milan, born and bred, though with a touch of Southern Italy on account of my parents ...”

“Right, but when did you start learning English?”

“Yes but how long have you lived in [*insert English-speaking country, generally the UK]? Your accent sounds so native!”

“Yeah, well, I mean I’ve lived here and there for the past twelve years, and I’ve also lived in the UK ...”

“But how long did you live in the UK?”

“I suppose, in total ... around six years, over four different periods of time.”

“Wow, you sound so British!”

I’ve had this conversation, with some degree of variation, hundreds of times. I’ve had it at conferences, interviews for teaching jobs, pubs, trains, a hospital once ... you get the gist. My partner now knows the drill so well that he starts grinning as soon as he hears Where are you from?

The fact is, I sound like – nay, people say I sound like – a native English speaker. This perception has characterised me as a teacher and academic for most of my professional life. It has taken me years (and an awful lot of reading!) to realise how detrimental this is and how much it should matter to our ELT community that we find labels and criteria that better describe what teachers do, rather than how they sound. 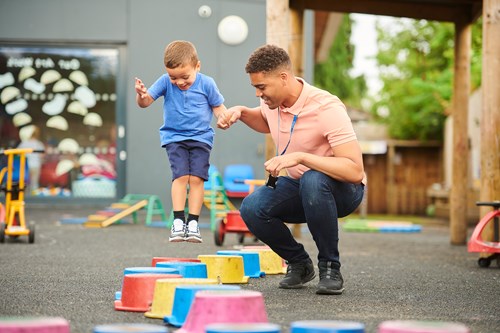 The reality of native speakerism

In the past few decades, we’ve witnessed a huge growth in discussions around the native-speaker myth in ELT: ever since Robert Phillipson’s Linguistic imperialism, and perhaps even before then, we’ve questioned the native-speaker fallacy, that is, the belief that ‘the ideal teacher is a native speaker’ (1992: 185). We’ve questioned native speakerism, i.e. discrimination against non-native teachers in hiring practices.

And yet, while these discussions have had some positive effects (e.g. teaching associations putting out statements against discrimination), just a cursory glance at social media will show you native speakerism is alive and well. For whatever reason, I get targeted adverts on Facebook for accent reduction courses, presumably to pursue a desire to ‘sound like a native’. There is no shortage of videos made by teachers (native and non-native alike) to show students how to ‘speak like a native’ – even through to slogans like ‘STOP making these mistakes: speak like a native!’ which I find slightly threatening. As Michelle Ocriciano explains in The Native teacher and advertising, many schools still market themselves on the basis of employing native-speaker teachers only.

Is there a better label?

In short, a lot of linguistic prescriptivism seems to be going on out there, with an idealised ‘native speaker’ still being used as the golden standard.

So, where would someone like me fit in all of this? Debates over what labels ought to be applied to re-define the native/non-native dichotomy abound, as it’s been argued that using the term non-native positions teachers as automatically deficient, describing them in terms of what they are not rather than what they are.

In an effort to abandon these labels, their use is banned on the IATEFL jobs site whilst the native-level label is beginning to be seen in places like the TEFL.com website. Some have suggested using the Common European Framework as a point of reference and the term a C2-level speaker of English in particular, whilst others argue for the term a proficient, near proficient or expert user as part of the interlanguage continuum, such as Peter Medgyes in The Non-Native Teacher (2017: 10–18). Other widespread labels are near-native and native-like, which possibly represent the experiences of many of us, no matter how far we may feel we are from proper native speakerhood, as we all strive to go as near the native speaker standard as possible. I will argue here that if non-native speaker is an unhelpful label, near-native and native-like aren’t doing much better.

What does it mean to be near-native or native-like?

Whether you are recognised as a native speaker or not is given by how others perceive you: this can mean being acknowledged as native by the target community or, in the case of teachers, by the students and their parents, who are key stakeholders. The problem is twofold here. On the one hand, there is no reason to believe other native speakers will be able to recognise you accurately: not only are they not necessarily well-versed in distinguishing accents (mine has been called, amongst other things, Australian, South African, Brummie, Scouse, Scottish and Irish, or simply ‘non-native’), but perception of accents is heavily influenced by visual cues. Indeed, it’s been much easier for me to be perceived as a native speaker and to benefit from this on account of being white. Second, and most importantly: this shouldn’t matter as much as it does, as I explain below.

Being a near-native like myself means being near something, but never being quite it. Like the participants in Piller (2002), this has led me to hypercorrect: as you can probably hear, I can have a little Yorkshire inflection (you can sometimes hear it in words like but). Whenever I have felt, consciously or unconsciously, that my status as a competent speaker was being put into question, I’ve emphasised those phonological features. By sounding like a native, I also subtracted myself from being grouped with my fellow Italians, who are not known around the world for being competent English speakers: ‘You don’t sound at all Italian.’ ended up being a compliment (not that I ever took it as one). 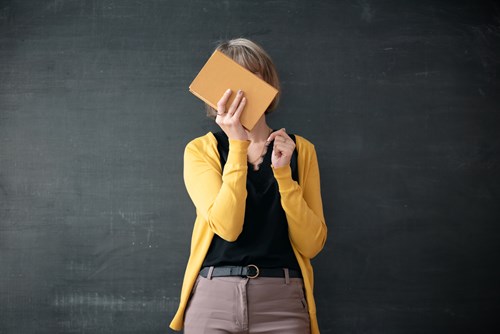 Many teachers I know are afraid of making even the smallest mistake when speaking: when you’re passing for a native speaker, this is perhaps amplified, to the extent that you’re always fearing that making a mistake or missing a cultural reference will reveal your real origin and, thus, your unsuitability for your job. I also know I’m not alone in having experienced hiding practices among teachers: your name gets anglicised, you’re asked not to share your origins with students, you don’t discuss where you learned English.

In short, native speakerism leads teachers to constantly have to measure themselves against what they are not.

When the one thing making you special is the wrong thing

When your ‘sounding like a native’ is the main thing setting you apart (as it has been with me, I suspect), it takes on an importance that it should not have, overshadowing other much more valuable teacher competences. I am viewed as the exception: having learned English after the age of ten, I still reached native-like competence and I am thus a highly ‘unusual’ individual – a bit of a ‘freak’, as Piller reports. Because I am viewed as exceptional, I am ‘not like the others’, who continue to be framed as ‘low value’ and perhaps even deserving of this ‘low value’ because of lack of effort or motivation (Rosa and Flores 2019: 146). By being the exception, I somehow confirmed the idea that to be native is to be a better teacher.

But this isn’t something I worked towards: I am perceived as a native speaker (and hence, a good English teacher or academic) only because of my privilege – my whiteness, my economic capital through which I was able to study in English-speaking countries – and perhaps a natural aptitude for reproducing accents. What I worked for, and what we as teachers should be evaluated on, is my competence as a teacher, of which linguistic competence (and not accent) is only a part.

What does this matter?

Sounding like a native has an enormous value for teachers and learners. And yet, even reaching this goal, as according to some I have done as an L2 learner and then teacher, can make you feel like you constantly have to pass for something you are not and that your professional worth is defined by others.

My conclusion is we need to redefine our goals as teachers, as well as our students’ goals. We need to evaluate and hire teachers based on what they can do, rather than where they were born or what they sound like. This echoes what Holt called for back in 2018 so it’s time to start doing it more, even if some of us have been doing it already. In a similar way, our students need our help in setting themselves realistic and attainable goals, working on their pronunciation rather than their accent. 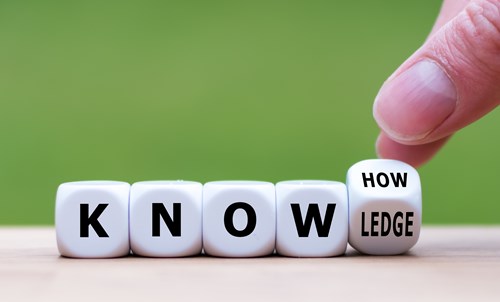