What are some current trends in English Language Teaching (ELT)? How might our profession evolve in the near future? Chiara Bruzzano examines the evidence available – from assessment and student numbers to precarity and English as a Medium of Instruction – to come up with some answers to these questions and a bit more besides. 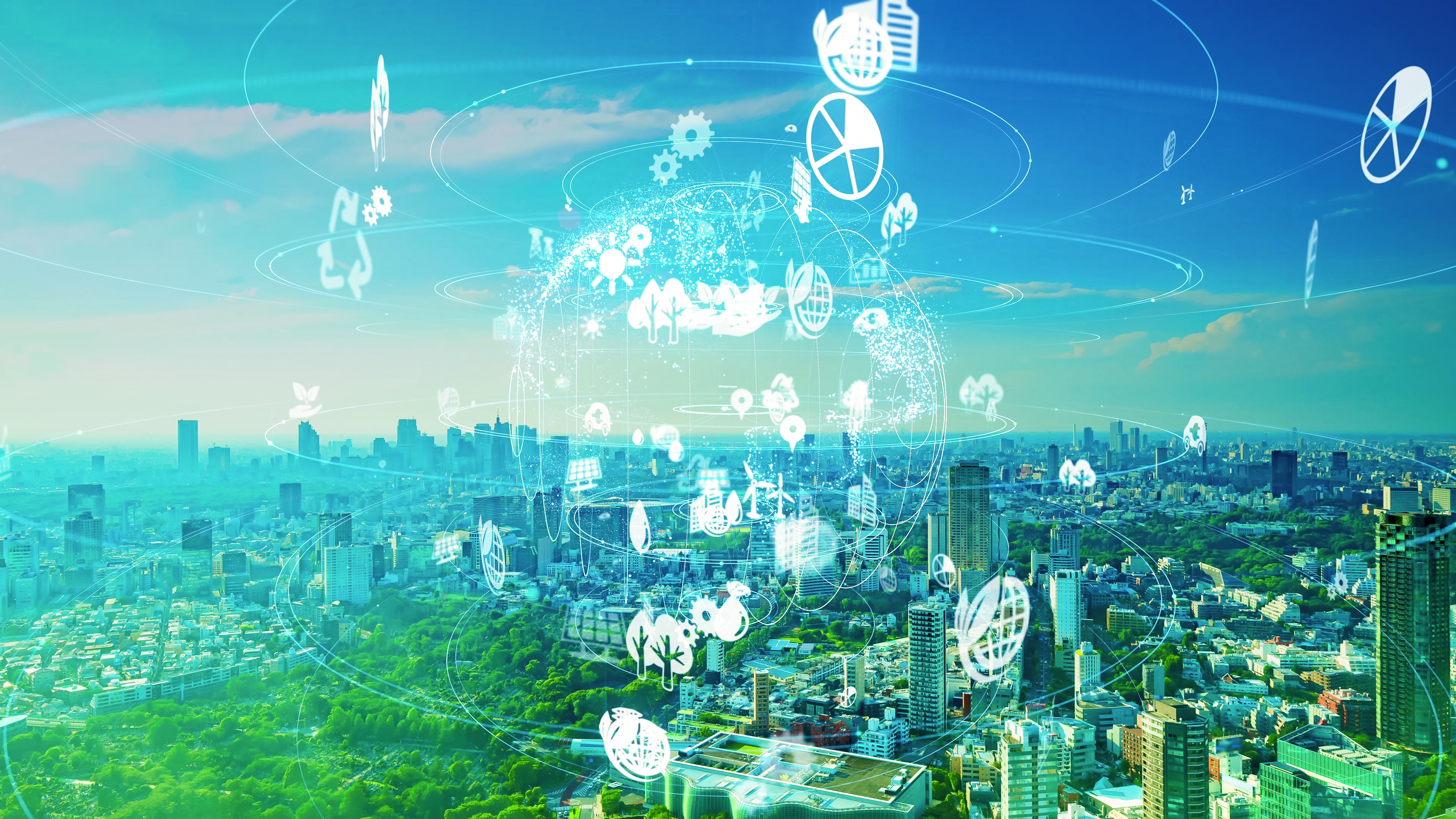 Do you have a go-to activity for this time of the year? Well, mine is working on new year’s resolutions and predictions. A bit boring, I know – but when I did it this year, it got me thinking about a pretty big question: where is ELT going these days?

Like Scott Thornbury says in his article P is for Predictions (part 1), any predictions we make now about ELT in X years’ time may turn out to be ‘laughably wrong’, whereas a more productive way of looking at this is focusing on ongoing tensions or issues that seem to dominate the field.

So, having reviewed a lot of the evidence available, here are some trends and tensions that may give us information about the future state of the ELT industry. Quick disclaimer: as I am based in Europe and am familiar with its policies, some of the evidence may be geographically skewed in favour of this region. 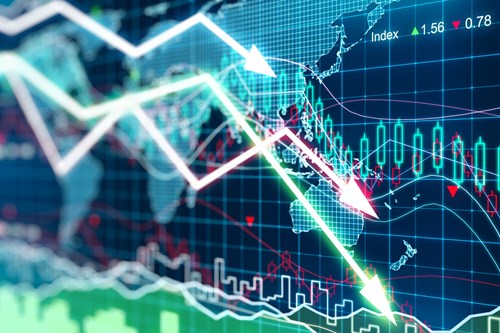 The British Council’s report The future demand for English in Europe: 2025 and beyond summarises a survey conducted across seven European countries and was published in 2018. According to this work, the total number of potential English students will fall (quite considerably!) by 15.3 million globally… in other words by almost 9% in the ten-year period from 2015 to 2025. This drop is due to be mostly in the under-55 age group and it is seen as a consequence of improvements in mainstream English language education, lowering the demand for private English classes. So worth considering whether you need to change what you’re offering and who might be wanting to learn.

The British Council report also examines the role of English in the world of business. Although many have predicted that other languages may replace English as an international lingua franca, the report claims this is unlikely to happen. Further demand for English language teaching, according to the findings, is likely to become more and more specialised, for instance adults are going to need more courses that cater specifically to their needs in the workplace, rather than general English courses. In addition, the need for flexible modes of delivery (including, for example, blended or mobile teaching) is likely to increase: the report already stated this in 2018, but it is easy to see how this is even more likely today because of the pandemic. A good way to check how much this is affecting your clientele is to keep analysing their needs before they even set foot in your school, or appear in an online class – to help do this, why not take a look at Gerhard Erasmus’s Pavilion ELT blog post on How to design your value proposition?

The role of the UK

The study abroad sector, a key ‘industry’ in the UK economy, has taken a huge hit due to the pandemic: according to English UK (the national association of English language centres in the country), in 2020 there was a year-on-year 84% drop in the number of students going to the UK to study, with some centres never even opening once in the whole year. And while it is easy to see how the pandemic has had a huge role in this, some evidence also seems to point to the role played by Brexit. Whilst the British Council report minimised the impact of Brexit in this sense, accounts such as ‘Almost unsaleable’: slump in school trips to UK blamed on Brexit’ from The Guardian in December 2021 show the opposite, as tour operators claim that changes in the country’s immigration rules have caused a slump in bookings of school trips, with schools from other European countries now opting for places like Ireland or the Netherlands. As we have only started seeing the impact of the pandemic and Brexit, it is still hard to tell how this situation will evolve, but it does look like a trend (or a tension) exists that may diminish the centrality of the UK in the ELT world, though arguably would it be the same trend if schools continue to offer language learning and/or teacher training online? 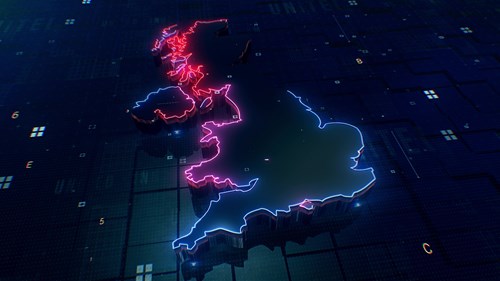 Whoever thought of ELT as a stable career (or indeed, a career) might have to reconsider their expectations: from zero-hour contracts to a lack of basic workers’ rights, precarity appears to be here to stay for the time being. This has become even more evident since the pandemic started, with redundancies happening all over the world. In fact, Gerhard Erasmus suggested even going solo in December 2020.

As Paul Walsh reminds us in his article for ELT Journal, Precarity, there is a wealth of evidence from all around the world that precarity is widespread in ELT. Importantly, precarity was also a key topic in a plenary session at IATEFL 2021, Embedding a culture of empathy in English language teaching, where Kieran Donaghy discussed precarity as an obstacle to empathetic teaching and presented examples of cooperatives and unionisation.

It seems that the times of globally-produced materials and approaches may be behind us: not only are ELT publishers becoming more aware of local needs, but teachers are increasingly sourcing their own materials, which they feel are better suited for their own (specific) needs.

Increasingly, we are also witnessing teacher development initiatives that are led by and for teachers, such as peer mentoring or action research, and may leave more space for locally developed pedagogies. Indeed, this philosophy is at the heart of Pavilion ELT’s publishing and has been for quite some time. This is certainly in line with a move away from top-down approaches and Anglocentric ELT towards localised, context-sensitive pedagogies – as we can see, for instance, in this recent collection of stories of teacher research from around the world.

Peer exchange as a form of professional development for teachers may be on the rise, or at least it looks like it is if the budget for Erasmus+, doubled for the 2021–2027 period is any indication!

Just the other day, I was walking through this Italian town I recently moved to, when I turned the corner and saw no less than twenty banners proudly announcing the upcoming construction of a new School of Medicine delivering university courses exclusively in English. English as a Medium of Instruction (EMI) at the tertiary level and Content and Language Integrated Learning (CLIL) at the secondary level have become extremely popular in recent years: according to Ernesto Macaro, Director of the Centre for Research and Development in EMI at the University of Oxford, teaching academic subjects in English in countries where English is not the first language is now a global phenomenon; however, he also cautions against some its challenges.

Macaro states that the growth of EMI is caused, among other things, by the push for internationalisation in education (and especially in universities, which compete for international students) and a perceived need to understand published materials in English shared/exchanged amongst peers globally in various fields – though it is unclear whether a doctor graduating in a non-English speaking country may not find it somewhat beneficial to learn about the issues they will be discussing with colleagues and patients in their home language.

Further, although CLIL (and to an extent, EMI) have been viewed by some governments as a panacea for low levels of English proficiency, it is not always the case that delivering teaching subjects in English as a Foreign Language leads to better attainment. Indeed, in his report on EMI in low- and middle-income countries, John Simpson reminds us that ‘research findings show that if young students in low- or middle-income countries are taught in their own or a familiar language, rather than English, they are more likely to understand what they are learning and be more successful academically (including in L2 as a subject) with benefits to education, the economy and society’. He therefore advocates for a mother tongue-based, multilingual model of education – which appears to be in line with the move towards plurilingualism that we can see in the Common European Framework of Reference for Languages 2018 update. 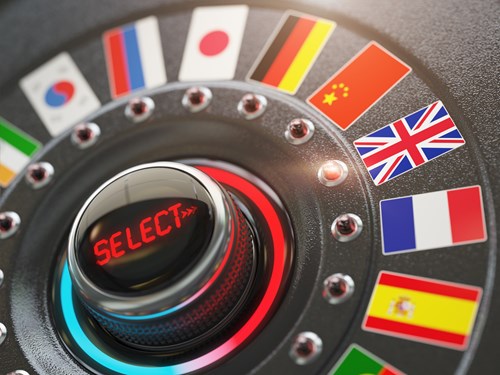 The push for standardised, comparable tests has been evident for decades throughout the world; in the ELT field, nowhere has this been as evident as in the numbers of students taking standardised proficiency exams: IELTS alone is estimated to be taken by over three million people per year! There is also an increasing push for describing benchmarks for language learning more and more precisely, as we can see with the CEFR and Pearson’s Global Scale of English. In my view, how this drive towards standardisation will co-exist with the needs for flexible, formative assessment (which have arisen especially with the pandemic) remains to be seen.

So, what do you think about these trends? To what extent do they reflect the context you work in? Do please let us know in the comments section or on Pavilion ELT’s social media!