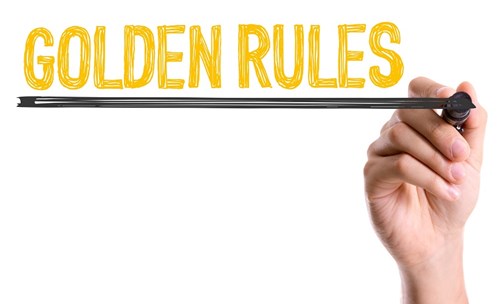 I was spending some time with an ELT colleague (let’s call him D) recently when we came across someone saying “If you will listen to me, I will tell you!”. D expressed surprise at the statement, and like a true language teacher, he remarked, “Two wills in one sentence! Tsk tsk!”.

The nerdy part of me could not resist launching into a lengthy grammar discussion, explaining to D that this sentence was one of those exceptions that the simple grammar rules don’t always cover. After all, the first ‘will’ in that sentence was not a future ‘will’ but a ‘will’ to express ‘willingness’, and only ‘will’s used to talk about the future should not appear in if- clauses (or time clauses).

Many English teachers, however, have no time (or appetite) for lengthy grammar discussions, and prefer quick and easy rules without over-complicating matters with exceptions after exceptions.

So, we turn to Grammar McNuggets (as Scott Thornbury calls them), functional phrases, simplified rules for word usage and email writing templates to help us grapple with how language works.

Teachers and students alike find these simplified rules and phrases extremely useful because they:

The danger is when we start to believe that these simplified language rules are indeed the hard and fast rules of the language.

The danger is when we stop trying to see the impact of context, genre and variety on these changeable rules.

The danger is when some of us begin to label those who don’t abide by these rules as ‘wrong’.

To illustrate these dangers, taking my experience with D into account, and indeed of the times I’ve seen teachers (including myself) who have wholly bought into the language rules that they pedal to the students, let’s look at some examples …

We were in the Highlands of Scotland speaking to an older gentleman native to the region, when we heard the incriminating “I’ve been doing this since five years.”.

We couldn’t quite believe our ears … after all, multiple coursebooks have tried to drill students on the difference between ‘since’ and ‘for’, and we KNOW that ‘since’ should ALWAYS be used before a fixed time and ‘for’ before a time period!

But, of course, these simplified rules can’t always take regional dialects and language varieties into consideration.

Looking at or Watching?

In a similar example to the one above, I found myself doing a double take when I heard an Irish friend say “What interesting TV programmes have you been looking at?”.

After all, these rules may work for our students but we need to be aware that other rules might exist alongside the ones we teach.

Language is ever-changing and morphs to fit the socio-economic needs of its time. In business emails, the phrase ‘to send a meeting invite’ has become commonplace.

A teacher recently fervently insisted that the above phrase is wrong and the correct collocation should be ‘to send a meeting invitation’ as ‘invite’ is a verb and not a noun.

While it is not ‘wrong’ per se to use ‘to send a meeting invitation’, it is becoming less commonly used. A stubborn insistence on a previously-learnt rule could result in our students embracing the language of pedants and not of the real world. 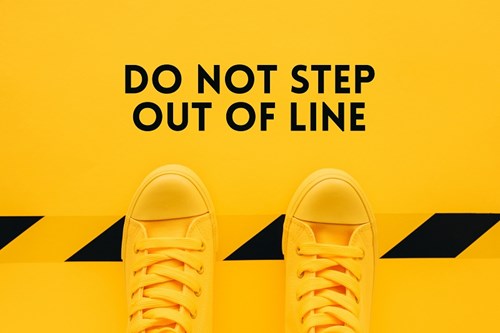 On the topic of email writing, I once got into a heated discussion with an ELT friend about the difference between formal and informal email writing.

My friend M was upset about a work email she’d received from someone she hardly knew, who addressed her with her first name, used what she deemed as informal language (e.g. contractions, ellipsis) and signed off simply with ‘Best’.

She argued that the features of a formal email should start with ‘Dear’ and end with ‘Yours sincerely’. After all, that’s what most ELT coursebooks would recommend. I argued that many ELT coursebooks have simply transplanted what was formal letter-writing features into email writing, a genre whose rules are still constantly morphing and changing as we adapt to newer channels of communication.

How many conditionals are there?

Any ELT teacher would be able to tell you that there are four types of conditionals: 0, 1st, 2nd and 3rd. And then there are mixed conditionals which sometimes seem to include anything that we couldn’t fit into the original four.

But if we look into the study of linguistics, we would notice that there are many more ways of categorizing conditionals, and that the only people who filter them down to only four categories based on their tense usage are ELT professionals.

Yet there is a certain sense of comfort and self-righteousness in having these four categories spelt out so unconditionally (oh, the irony!)

Although conditionals like “If I would have known, I wouldn’t have told her.” are becoming increasingly popular amongst certain native speaker communities, they are often labelled as incorrect grammatical usage by those more prescriptive of these grammar rules.

I too was once criticized my incorrect use of my conditionals.

In a non-ELT conversation, my ELT colleague took me on for saying, “If I were in a good mood, I’ll accept her suggestion.”.

“Well, er … no,” I replied. “I started the sentence in a conditional but changed my mind mid-way and decided that I AM in a good mood and so I WILL accept her suggestion!”

What makes a request polite?

An ex-ELT colleague J was completely sold on the power of making polite requests with ‘I was wondering if you could …’ She genuinely believed that the English language was all about politeness and that the phrase could help anyone learning English to grasp the true essence of the language.

J had invested a lot of her classroom time drilling her students and getting them to practise saying ‘I was wondering if you could …’ and so it was no wonder she was sorely disappointed when in real life (outside the classroom), her students reverted to a simpler ‘Can you help me? I want to …’ perhaps partly due to the nerves of having to put the English language into practice.

When I tried to suggest that her students could be just as polite saying, ‘Can you help me? I want to …,’ she looked at me incredulously, finding it hard to believe that a ‘Can you …’ phrase would be as polite as a ‘I was wondering if you could …’ phrase …

After all, that’s not what the coursebooks say!

I find myself being reminded of the story of Pygmalion, the sculptor who carved a woman out of ivory, and then fell in love with it.

Like Pygmalion, we created something that worked for us … and we’ve fallen in love with it. We made the description of language simple so that more of us could understand it. But now, that description has now become the rule and we find ourselves fervently correcting others’ ‘mistakes’ and applying the rules as if they were there from the beginning.

Are we inherently perpetuating our own myths about language? 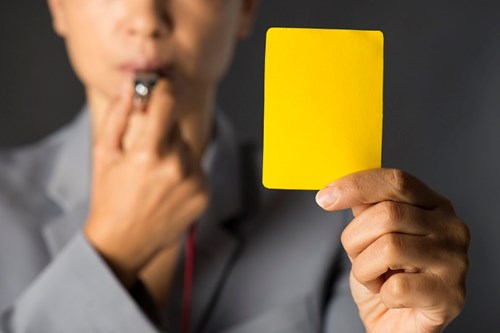 Let us know what you think, and share what other examples of changing language corrections you’ve heard, in the comments below.