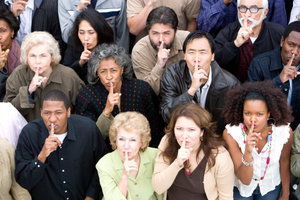 Silence is a powerful tool and can be used to achieve varying effects both in the classroom and out.

And perhaps feeling its power but not fully understanding its potential, many newly-qualified teachers treat silence like how radio DJs regard dead air – with great fear, discomfort and panic. Those intimidated by silence are often keen to anxiously fill every moment of it with unnecessary and uninteresting chitchat (see 1), running commentary (see 2), rushed eliciting (see 3), or finishing learners’ sentences for them (you don’t need an example for this one because we all know someone who does this).

What the teacher says: (While the learners are doing an activity on their own) By the way, this is my first time taking an advanced class, and you know, well, I really shouldn’t tell you this, but you know, I’ve got to be honest and true to myself, right? Apparently, I’m not very good at pretending any way, or that’s what I’ve been told, and many people who know me say that about me, and you know, to be honest, as far as I’m concerned, I would say I would agree…

What the student hears: This is my first time taking an advanced class and blah blah blah…not very good…blah blah blah…I want you to complete this exercise but I also want you to listen to me. And if you can’t do both, I want to make it difficult for you to do either of them. 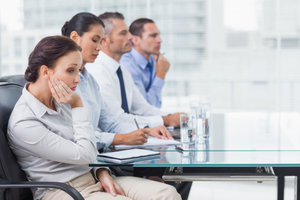 What the teacher says: I’m going to take the OHP projector and put it right here, in front of the screen. Oh it’s a little too far to the right. I think I should move it a little more this way, ah yes, that’s better I think. I don’t normally use the OHP projector and I find it quite fiddly.
Now, where did I put my OHP acetates? Oh my, why am I so forgetful? I always do this. I think they are in my bag. Oh yes, here they are. They are in the front pocket of my bag, where I usually put my stationery. Oh, this acetate has a fold in it. It doesn’t look too professional does it? Oh well, too late now. Can’t help it. Well, it’s just a fold anyway, it shouldn’t bother you.
I’m going to put the acetate on the projector and there you go. It’s on. And I’m going to cover half of it with a sheet of paper. Where’s that sheet of paper I had prepared? I thought I left it on my desk…

What the teacher says: What tense do we need when we are talking about an action that continues until now and might still be continuing? The Present Perfect Continuous. Yes, the Present Perfect Continuous. That’s what we use.
And how do we form it? Well, what auxiliary is used in Perfect tenses? ‘Have’. Yes, ‘have’. We use ‘have’ in all Perfect tenses, don’t we? Yes.
And then we need the Past Participle of the verb ‘to be’. What do you think that might be? ‘Been’, yes ‘been’ is the Past Participle of ‘to be’. And then we now need the Continuous aspect, so what do we need? The ‘-ing’ form. Yes, we need the ‘-ing’ form. And what is the ‘-ing’ form of the verb sleep? ‘Sleeping’!
So put it all together, ‘I have been sleeping’. Yes, there you have it, ‘I have been sleeping’. Do you understand?

What the student hears: What tense do we need when blah blah? The blah…yes, the blah. And now, I’m not going to give you time to think, but instead I’m going to show you that I know a lot about English and you don’t. Auxiliary. Past Participle. Been. Continuous Aspect. I have been sleeping. There you have it. Do you understand? 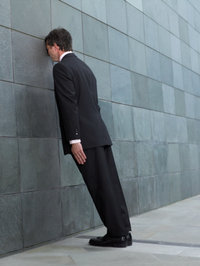 In the classroom, silence is often the necessary space between input and output, and it gives learners the time to think about what has just been said and to think about how to then formulate a response. It is an essential part of the learning experience in a language classroom, and a crucial step when eliciting answers from students. 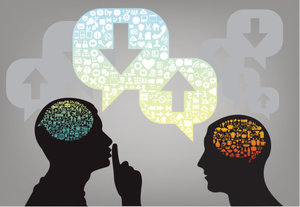 Moving out of the controlled learning environment of a classroom, however, silence can have many functions, and the use of silence in discourse might not often be as positive.

Fairly recently, I got into a taxi in Singapore and after telling the taxi driver my destination, I was faced with a wall of silence. To confirm that he had heard me, I repeated my destination. Again, this was met with silence. He started driving and I thought it best sit back and enjoy the journey. But I was left wondering, ‘Has he understood me? Is he driving towards my destination? Was he in a bad mood? Does he hate me?’

I was again confronted with a similar situation when I went for lunch at a Thai restaurant the next day. When we tried to order, our server wrote silently in her note pad and then walked away, leaving us puzzled and frustrated. Was her silence meant to represent respect or subservience? Was there perhaps an intercultural misunderstanding going on here? 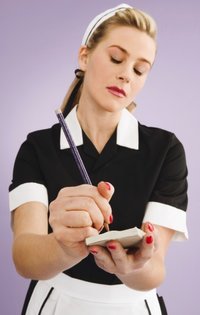 That same day, another similar occurrence took place when we went to do a bit of shoe shopping in the middle of Chinatown. Wanting to try on some of the shoes in my size, I approached a sales assistant and asked, ‘Could you help me with those shoes over there? I would like to try them on.’ She stayed silent but had what I interpreted as a half-smile on her face. So I turned to walk towards the shoes, only to realize that she wasn’t following me. I walked back, puzzled, and repeated my request, and this time, she muttered, ‘Ask my colleague over there.’

Was silence her way of shutting me out of her world? Perhaps she did not engage me so that she could continue pretending that I hadn’t asked her a question.
But why would she want to pretend I wasn’t there?

Although Singapore is an English-speaking country, conversational exchanges in places like Chinatown are often conducted in Mandarin. In a Mandarin-dominated environment, perhaps she was intimidated by the prospect of having to speak English to someone. Her insecurity about her own language might have led to her shutting down and hiding behind the comfort of silence. 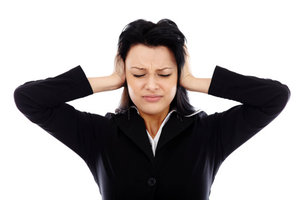 This got me thinking about our less-confident language students, who might shy away from interactions in English outside the classroom. As a default response to any conversational gambits or scenario that might lead to feelings of embarrassment due to their insufficient mastery of English, the second-language speaker might employ silence, not because they planned to do so, but because it is a safety net, a security blanket, a comforting shell that they can retreat into.

But unbeknownst to the silent interlocutor, their reticence could be interpreted as being uncommunicative, disinterested, rude, and even moody.

And if this second-language user encounters English at work and needs to use the language to carry out his/her job satisfactorily, like the taxi driver, the waitress at the Thai restaurant, or the sales assistant at the shoe shop, the misuse of silence could have disastrous results.

As science fiction writer A. A. Attanasio so aptly puts it, “Silence is a text easy to misread”.

So we should perhaps teach our learners what their silence could mean. 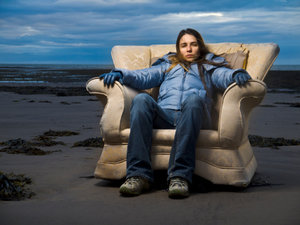