The plenary talk by Sugata Mitra at the IATEFL Harrogate conference on Saturday has sparked many debates on Twitter, Facebook and in the blogosphere, igniting my curiosity, and spurring me on to watch the talk online.

For those unfamiliar with Sugata Mitra’s work, you could either watch a TED talk by Mitra, like this one here or make do with my introduction below:

Sugata Mitra is a Professor of Educational Technology at Newcastle University and is famous for the research he conducted on SOLE (Self-Organised Learning Environments), starting with the ‘hole-in-the-wall’ experiments he carried out in 1999 where he left a group of computer-illiterate non-English-speaking school children in India with a computer and a touchpad he had installed in a wall to see what they would do with it. Soon they were teaching each other to browse the internet and download games. When Mitra came back three months later, the children were speaking to each other using English words and asking him for a computer with ‘a faster processor and a better mouse’. 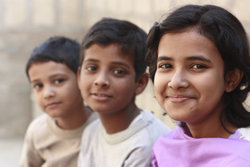 Mitra’s message is a heartwarming one and highlights the potential of humankind, especially when we work together. However, the cause for much controversy lies in his implicit suggestion that teachers are no longer needed and will soon be obsolete.

I say ‘implicit’ because at no point does he actually say those words. He refers to schools in rural parts of India being without teachers and jokingly remarks that ‘only years later we realize that might be a good thing’. And those of you who have suffered under de-motivating soul-destroying teachers, or have children who are put off learning by bad teaching, you would know that Mitra does have a point here.

In a later British Council interview at the conference, Mitra starts by saying that teachers may not be redundant now but will be in the future. However, he later corrects himself, saying that it is ‘teaching’ that will be redundant. 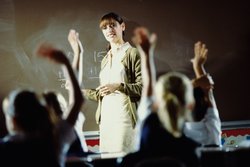 It seems rather odd that Mitra would shoot himself in the foot by telling an audience of thousands of teachers that they will soon no longer be needed, but let us first examine the definition of ‘teacher’ and ‘teaching’ that is in question here.

The definition of the verb ‘teach’, according to the Oxford Dictionaries is ‘to impart knowledge to, or to instruct someone as to how to do something’. A ‘teacher’ is one that teaches and/or instructs. There is inherently a ‘top-down’ approach seen here, with the teacher being the one with the knowledge and the know-how and who will slowly hand that knowledge over to the student.

It is this very definition of teaching that Mitra is suggesting would soon become obsolete. Armed with internet access, learners can now source for the information they need and teach themselves. Instead of ‘teachers’, Mitra suggests that what might be needed is an individual with a specific task of raising issues and questions in a motivating and encouraging way.

In the example where Mitra loads up the computer with English documents on biotechnology and lures the students by saying that the documents are too difficult for them to handle, or the example where he sets students the engaging task of finding out why women are unable to grow moustaches like men, Mitra himself acts as that individual, providing a framework for the students to work within, and then using his knowledge of their psychology to motivate them accordingly. 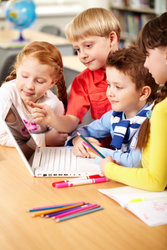 And this goes hand in hand with the rest of Mitra’s message:


None of these points are of course new. Vygotsky wrote of the power of learning in groups when he spoke about ZPD (Zone of Proximal Development), Prabhu found out how tasks could empower students and encourage peer teaching and co-learning in his Bangalore Project, and the term ‘learner autonomy’ has been such a buzzword since it was coined by Henri Holec in 1981 that there is even a SIG (Special Interest Group) at IATEFL named after it.

Despite having been around for a while, these are not concepts that the average ‘teacher-on-the-street’ may necessary apply when thinking about their own teaching. In a recent BBC documentary series called Tough Young Teachers, not one but several of the teachers featured complained about their students talking in class and not being quiet. In their minds, students ought to be quiet and listen while their teacher teaches them something new.

Meanwhile, in East Asia, the instructional ‘top-down’ education regime in South Korea and Singapore top international league tables in measuring their school children’s ability in reading, maths and science, prompting governments in the west to talk of imitating such models, increasing direct instruction, and implementing more testing and assessments on students.

It is no surprise that Sugata Mitra feels the necessity to drive home the message that in this age of the internet, knowledge is easily acquired without the presence of a teacher, and suggests that by allowing access to the internet e.g. via mobile devices during exams and assessments, this will encourage those involved in education to focus on what is important – the learning. 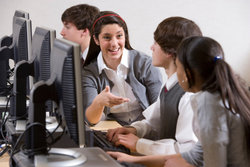 Mitra jokingly mentions in his talk that in order to facilitate this learning, he often pretends that he does not know the answer. When the school children ask him how to use the computer, he answers, ‘I don’t know’. When they ask him about how they are to make themselves understood by the speech-recognition programme, his answer is again, ‘I don’t know’. By not spoon-feeding them with the answer, this prompts the students to search for it themselves, learning much more in the process.

But there will also be moments when the teacher truly does not know the answer; when there is no pretending needed. And in admitting that we are not the bearers of all knowledge, and in showing that we can always learn something from our students, the power is placed in their hands – the power of autonomy that can lead to great learning.

This new role for teachers can perhaps be given different names. We are empowerers, facilitators, mediators, coaches, questioners, guides, scaffolders, encouragers, but we no longer are needed simply to ‘impart knowledge to, or instruct someone as to how to do something’ as the dictionary definition of the term ‘teach’ suggests.

My apologies for over-simplifying matters, but one of two things could gradually happen – either teachers really do become obsolete, or that dictionary definition has got to change.