The learners who come to our classroom are most likely to have been students before at some point in their lives, and therefore have observed and evaluated other teaching professionals in action, formulating their own views of how learning should take place. After all, the average student would have spent around 13,000 hours in direct contact with their classroom teachers by the time they finish high school (Lortie, 1975).

Such a phenomenon, known as ‘The Apprenticeship of Observation’, suggests that most students watch their teachers ‘frontstage and centre’, like an audience watching a play, and are not privy to the thought processes and the justifications for the classroom decisions that the teacher makes (ibid).

Although, the Apprenticeship of Observation is often a term used in teacher training to describe teachers who teach the way they have been taught, I believe that it also clearly demonstrates why students often have fixed views about the language learning process and the reasons behind their expectations of themselves and their teachers.

The learner’s views on learning and teaching would without doubt also be influenced by cultural conventions and expectations as education systems round the world differ. Some might place more focus on information transmission and memorisation, while others might place focus on the importance of analysis and exploration. Education cultures and conventions aside, the 13,000 hours of contact with teachers of course also include the observation of how subjects other than languages are taught. A lack of understanding of the processes of language acquisition might lead them to think that learning a language is like learning Mathematics or Chemistry, and therefore, end up judging their own abilities and their progress too harshly.

In my last blogpost, I wrote about four things that students say that break my heart, and looked into the probable reasons behind these statements, in an attempt to better understand and help students be aware of language learning processes.

In this blogpost, I hope to look at a few more heartbreakers, and explore the things we can say to help students understand the reasons for the classroom decisions that their teachers make.

What they say: I can’t produce the language my teacher has taught me even after we’ve practised it in class.

What’s really happening: The learner is thinking of language acquisition as a linear process, not unlike the way we’d practise the use of a mathematical equation until we can solve mathematical problems with ease. The typical PPP (Present, Practice, Produce) lesson shape seen in many coursebooks and classrooms seems to cement the idea that language can be broken down into pieces which are then presented, learnt, practised and incorporated in the brain, ready to be produced.

‘We did the first conditional today. Now, you’ll practise it, and go forth and use it. Because tomorrow we’re doing the second conditional.  So you’d better be ready.’

Is that what learners think their teachers are thinking?

Perhaps the last ‘P’ (Produce), by nature of its label, has had a lot of bad press.

Perhaps we don’t really expect learners to master and produce the language point by the end of the lesson.

Then why is the final section of every chapter in Face-to-Face called ‘Get ready…Get it right’?
It is no wonder that the student thinks that they are expected to readily assimilate and use a language point covered in class that day, even though most language acquisition theories would tell you that that just isn’t how the brain works.

What they say: Everyone in the class is better than me.

What’s happening: In a communicative classroom, not only the teacher is in a ‘frontstage and centre’ position. Some students, especially the more outgoing and chatty ones, often get to be under the spotlight, and spoken fluency is often the quality that gets held up as being most celebrated, and therefore most desirable. From the point of view of the shy or less extroverted students, this might seem an impossible goal to try and achieve.

But spoken fluency is not the be all and end all. Students need to be made aware that everyone has their own strengths and weaknesses, and some strengths are simply get more ‘air time’ in a communicative classroom than others.

While some students might not be good at speaking confidently and fluently in open class, their language abilities in other areas such as their communicative competence in smaller groups or pairs, their lexico-grammatical range and/or accuracy, their written fluency or their cultural sensitivity, might prove to be better.

What’s really happening: The student here is focused only on the end product (the bits of language he/she might acquire from talking to their partner) and the cognitive functions that will have been developed (e.g. a brain that can think in English, or use certain lexico-grammatical items with ease).

Yet, it is a focus on the process (and not the end product) that would aid language acquisition.

Pair/group work provides conditions that are conducive to the language learning process, and it is through the dynamic interactions and collaborations with other students that one activates the skills of meaning negotiation (paraphrasing, meaning clarification, and drawing upon all the lexico-grammatical resources that are available to communicate effectively).

There is plenty of theory to back this up. While Long (1996) was the one who articulated the Interaction Hypothesis, saying that interaction and communication are key to language acquisition, Krashen (1985) stated that the comprehensible input could be more effective when meaning negotiation is being practised. But it is probably Vygotsky (1978) who first suggested, in his theories of ZPD (Zone of Proximal Development), that such organised learning could speed up cognitive development through interaction and socialization, and help provide the scaffolding that facilitates language acquisition.

So, to these learners, I say:

Lots of scientific (soft science, nevertheless) research has proven that you can still improve in your English, whether you are practising your English with your partner or your teacher.

When you are trying to explain what you mean to your partner, language learning is happening. 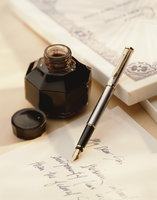 What they say: I wrote my email by looking at a writing sample and copying the phrases. I think I am cheating.

Evidently, the terms ‘bottom-up’ and ‘top-down’ processing are often applied to receptive skills like listening or reading, but using each and every word as individual building blocks to form sentences in production can also be taken to be a ‘bottom-up’ strategy. The Lexical Approach (1993) gives legitimacy to a grammaticalised lexis where phrases, both fixed and semi-fixed, and language chunks are seen as not only valid, but an effective way of producing language.

Perhaps what’s most important for the teacher is to let students in on how decisions are made in the classroom, inviting them to see what happens ‘backstage’. What’s important is not just the setting up the classroom activities themselves, but showing learners how these are judicious decisions based on sound reasoning, rather than going about in a mysterious ‘teacher-knows-best’ kind of way.
Perhaps then, students, as the Apprentices of Observation, would be better able to understand the approaches they can take to learn more effectively.