Types of board games for the ELT classroom - Part 1

When we talk of using board games in the EFL classroom, we often tend to rehash the classic word games like the ones in the categories mentioned in my previous blogpost.

However, we forget the extraordinary power of task-based learning and the motivation to negotiate meaning when faced with a real need to communicate. And there are multiple games that are fun to play and can provide students with opportunities for meaningful interaction. And as students familiarize themselves with the gameplay, they foster the critical thinking, negotiation and interpersonal skills that simple word games do not nurture.

Here are three types of board games that your students can have fun playing and develop some very useful communication skills along the way.

A note on class sizes: Board games that involve teams playing against each other often can allow for larger numbers of players, and therefore can be adapted to accommodate larger classes. However, the board games here have individuals playing against each other and have a strict limit on the number of players (some with a maximum number of five to seven players). This is not a problem if you tend to have small classes. For those with classes of 10-15, consider adapting the game and putting students in pairs or groups of three to play in place of individual players. For those with classes of more than 15 students, consider obtaining more than one set of the game so that several groups can be playing at once.

Strategy board games often involve tactics and decision making and often require the players to interact with one another. These games can take time to play (sometimes from two to five hours) and are slightly more complicated than the simple word games and so might be less suitable for very young students.

Risk – The board displays the map of the world and players are assigned territories on the map at the beginning of the game. The aim is to battle your way across the map, taking control of your opponents’ territories.

Puerto Rico – Players assume the roles of colonial governors and have to collect victory points by either constructing building or exporting goods.

Diplomacy – Players represent one of the seven super powers of Europe in the game have to negotiate with fellow players about tactics and strategies before simultaneously writing down orders on their next moves. This is a negotiation game that requires players to interact extensively with each other.

Settlers of Catan – This is a resource-gathering game and players have to amass victory points from collecting settlements, cities and special developments. While lots of strategizing is involved, there is also an element of chance.

While there are your more traditional versions of deduction games like Clue (a.k.a Cluedo), more recent deduction games require players to use skills that go beyond simple elimination. Players are given roles in the game and have to logically deduce or deceive other players.

Mafia aka Werewolf – Players are given the roles of mafia or innocents and the aim of the Mafia is to outnumber the innocents by murdering them at night. In the day, the innocents aim to deduce the identity of the mafia, thus eliminating them.

Also under this category is Murder Mystery Games, which have become a genre in their own right as they gained popularity as the key to injecting some fun into a dinner party. Players are each given characters of a story to play and like an Agatha Christie novel, players have to interact with one another, collect clues and eventually identify the murderer in the story.

Some could argue that these aren’t technically board games but seeing that the original murder mystery games came in boxes sold alongside board games, I thought they deserve a mention, especially seeing how useful these could be in the language classroom.

These are not too unlike some of the roleplays that we encounter in coursebooks, except that they are much more elaborate and take a lot longer to play out.

You can purchase murder mystery games in a box like the How to Host a Murder series. Character backgrounds are provided and players are practically told what to say. As such, these games are more rigid and might be more suitable for beginner players who are not entirely comfortable with improvising.

You can also find many online companies now providing Murder Mystery kits to purchase and you could tailor the game to suit the size of your class and the type of students you have. A good example is the company A Shot In The Dark.

If you’re dealing with very large classes, you could consider a company like Merri Mysteries who provide games for groups of up to 100 and even has a section on school mystery games complete with teacher’s notes. 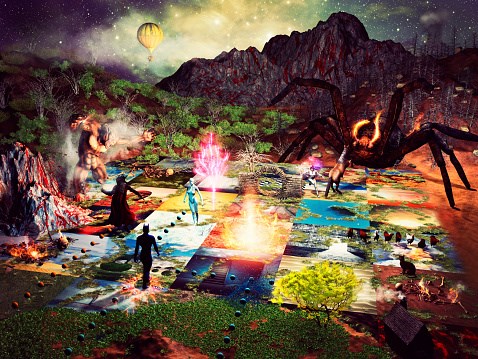 Co-operative games require all the players to come together as one big team with a united objective of solving a problem or preventing one from happening. Individual players are often given different roles in the game, but players are required to put their brains together and so a lot of interaction, negotiation and discussion often results from the gameplay.

Many of these cooperative games have very complicated rules and this puts some teachers off from using them in the classroom. However, there are many good Youtube videos explaining and demonstrating the rules and gameplay of these games and these videos can be used as a listening activity (complete with comprehension questions) before embarking on the game.

The complexity of these games also means that they are more suitable for adult players.

Pandemic – Four diseases have broken out in the world and players have to work together to find a cure and to stop these diseases from spreading.

Robinson Crusoe – Players are stranded on an deserted island and have to work together to build shelter, explore the terrain, discover resources, fight wild beasts, and protect themselves from bad weather, while building a more habitable place to live in.

See here for a video on how to play the game.

The Eldritch Horror – Players travel the world and have to work together to fight monsters and solve mysteries with the aim of banishing the ‘Ancient One’ before he awakens.

See here for a video on how to play the game. 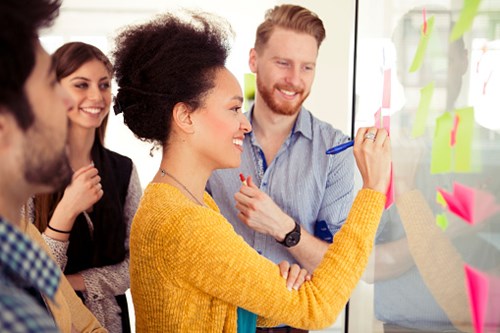 In playing these board games, which might not explicitly focus on individual words and/or their spelling, students are put in situations where they have to collaborate and engage in authentic interactions where plenty of opportunities to practise the negotiating of meaning inevitably arises.

In such situations, the teacher can act as a monitor, taking note of good and not so good language use for post-task feedback, providing the language items needed and noting them on the board for subsequent revision and recycling, and encouraging the less confident, quieter students to take part.

While classroom discussions can work really well to provide learners with speaking practice, these board games naturally provide a genuine reason for students to talk to each other - a task and a goal that can only be accomplished by using communication as a tool. And in playing these games, learners also get to hone their critical thinking skills, problem-solving skills, interpersonal skills, and strategic thinking skills – 21st century skills that are crucial to their learning journey.