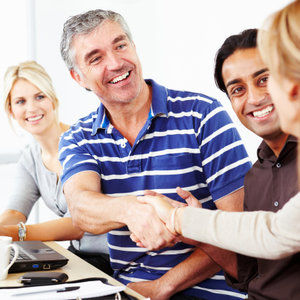 In my last blogpost, we started looking at how the proliferation of English as the global lingua franca raises the question of which discourse styles and rhetoric conventions one should abide by when in conversation with people from a different culture. After all, the response to a simple question like ‘How are you?’ might provoke different interpretations depending on what the interlocutor is used to.

While the answer ‘Fine, thank you,’ might be what is usually found in language textbooks, the more commonly heard ‘I’m great, thanks!’ spoken with too enthusiastic an intonation could be misinterpreted by some to be unnecessarily earnest and perhaps even a touch self-obsessed. A more humble and self-effacing response like ‘Not too bad. And you?’ might work well in Britain but might provoke an ‘Oh dear, what happened?’ in the countries of South America. 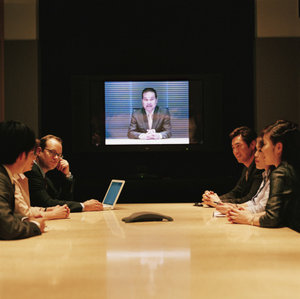 Dr. Sabrina Mellon-Gerland showed in her research that sometimes a misinterpreted illocutionary force could lead to missed business opportunities.

When examining the language used in meetings between the Germans and the Americans, she found that whenever the Americans proposed something, the Germans would say, ‘Yes, but the problem is…’

After hearing the Germans list out the problems with their proposals, the American perceived the illocutionary force to be, ‘We don’t like your proposal. Give us another option.’

So the Americans went on to suggest different things. But each time, they were met with the same ‘Yes, but the problem is…’ by the Germans.

Exasperated, the Americans gave up and felt that the meeting was a failure.

Meanwhile, the Germans were confounded by the Americans’ fickle behaviour. They couldn’t understand why the Americans would move on to a different proposition just when they were about the sink their teeth into a good one. To the Germans, the illocutionary force behind ‘Yes, but the problem is…’ was one that meant ‘This sounds good. Let’s explore it thoroughly and examine it from all sides.’ 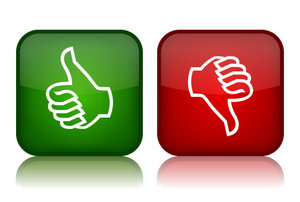 The interpretation of someone else’s feedback could be a minefield in itself, and so understanding how negative feedback (or what we prefer to call ‘constructive feedback’) is given in certain cultures can sometimes help us to reduce cultural misunderstandings. One example of such variation can be seen in the way line managers deliver negative feedback to their employees. 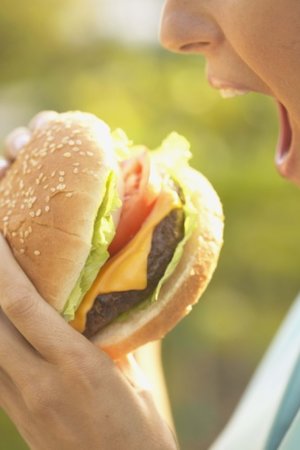 In many American and British corporations, the ‘Hamburger (or what some call the sandwich) approach’ is often employed when giving negative feedback. When an employee is asked to see the boss, the boss would start off the meeting by saying something positive to the employee, e.g. “You did a really good job on the MH Project and the results that have come in so far show a significant improvement in productivity.” This would be the top bun of the hamburger.

This is then followed by the ‘meat’ of the hamburger, i.e. the constructive feedback, e.g. “But there were some concerns as to how the know-how of some of the team members were not being fully exploited, and perhaps we could consider offering more opportunities to the team that allow them to contribute in a way that allows them to demonstrate their expert knowledge.”

The meeting with the boss is then concluded with the bottom bun, e.g. “But overall, you led the team really well and everyone commented on your very good leadership skills. So, well done. We’re really proud of you.”

In Japan, it is believed that the hamburger is given without the meat, thus saving the face of all involved. The very act of calling an employee to the boss’s office should be enough to ensure that he/she reflects upon what has not been done well. So although only the top and bottom bun, i.e. the positive feedback, is given, the employee goes away thinking about how they can do their job better in the future. 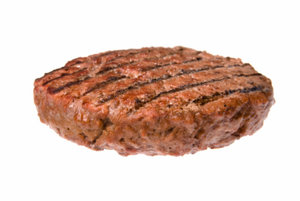 In Germany, on the other hand, the hamburger is said to solely comprise of the meat. Being more ‘to the point’ and direct, bosses tend to focus on the areas that need work.

However, not unlike the service industry mentioned in the last blogpost, company budgets are now allocated to management training where many of the trainers and consultants have been influenced by the management theories and practice of top American schools/colleges and businesses. Managers in Germany, for example, are increasingly being encouraged to employ the ‘Hamburger approach’ so as to improve staff morale.

Being on the receiving end of such an approach, would the German staff finally feel validated and recognized? Or would they be thinking, ‘Will he/she just get to the point?’

Conversely, would an American working for a Germany find the directness of the ‘meat only approach’ easier to swallow if they were aware in the first place that the feedback was going to be direct and not meant to be taken personally? 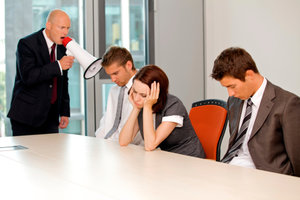 Arguably, some recipients of the ‘Hamburger approach’ might become familiar with its repetitive use, and start to anticipate the ‘meat’, paying no heed to the seemingly false praise given at the beginning and the end of the meeting. Would prior knowledge of the hamburger approach render the top and bottom bun superfluous?

Or does the top and bottom bun pander to the egos of the recipients regardless of the conventions they are used to?

As the English language continues to cement its position as the global business lingua franca, would the target culture (i.e. American/British) become prevalent, or even forced upon the discourse styles and rhetorical conventions of the global business world too?

Or would the target culture, just like the target language, be adapted and morphed into one that works for all interlocutors involved? If culture is dynamic and fluid, would prolonged interaction lead to increased reflection and the creation of a ‘third space’ (Kramsch, 1993), one that is actively constructed among all the interlocutors due to a need for mutual understanding?

Or perhaps, after lots of Americanised management training, the Germans might only appear to be using the ‘Hamburger approach’ on the surface, but really…it’s just horsemeat on the inside.

A self-confessed conference addict, she spends a lot of her time tweeting (@chiasuan/@ETprofessional), Skyping, and writing. You can find out more about her on her blogsite:http://chiasuanchong.com