In a continuation from her last post, Chia explores how CLT and the use of tasks can increase interaction in the classroom and considers an evaluation criteria for choosing tasks.

In my previous blogpost, I looked at the importance of interaction in language learning and how the process of negotiating meaning is key to our students not just in terms of fluency practice but also in developing their communication strategies and communicative competence so that they can hold their own in an English conversation outside the classroom. It is after all useless if students ‘know’ the grammar and lexis of a language but are unable to use them.

So how can we as teachers create an environment in the classroom where students get maximum opportunities for interaction and where communicative competence is getting developed?

Following Chomsky’s suggestion that linguistic competence and performance are in fact two separate constructs and Hymes’s (1966) introduction to the concept of communicative competence, the Communicative Language Teaching (CLT) approach grew increasingly popular in language classrooms. With a shift in focus from memorizing vocabulary and drilling grammatical structures to encouraging interaction, the features of CLT enabled students to work on their communicative abilities by active use of the target language. 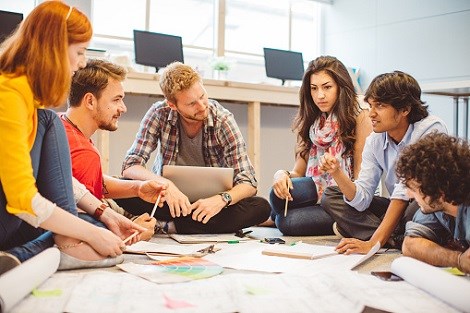 Despite the focus on communicative abilities and getting students interacting, many teachers and course materials supposedly using the CLT approach still find it difficult to get away from a form-focused methodology. There is still a residual belief that language is ultimately the sum of its parts, and that if our students master the individual parts, they’d be able to effectively and fluently take part in an interaction. Many course books and course syllabi still follow a grammar syllabus, with the communicative tasks wrapped around the practice of a certain form or set of lexis.

So in an attempt to ensure a focus is on meaning, along comes Task-Based Learning, with added emphasis on the task that students are given, rather than the language needed to accomplish it. Unlike grammar gap-fills and vocabulary matching exercises, these tasks in question have a non-linguistic outcome and sometimes require the students to draw on their real world knowledge to complete. Tasks could range from sharing opinions about popular television programmes or engaging in a debate about gender equality to fact-finding missions about another culture to making a short film or designing a class newsletter.

For Rod Ellis (2003), the task has four main characteristics:

The more confidently you can answer yes to each of the above questions, the more task-like the activity. 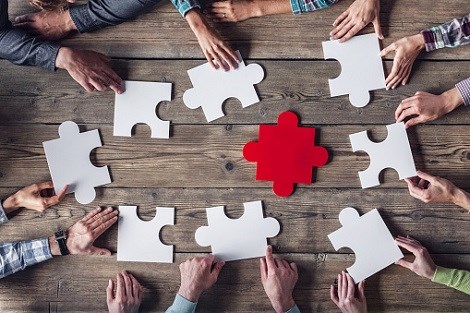 On a basic level, these criteria persuade teachers to see tasks as the primary focus of a lesson and not simply a final by-product of a Present-Practice-Produce grammar lesson, with the task being the ‘Produce’ stage of the lesson that often ends without any feedback given as the teacher has run out of time.

However, not all tasks produce the same quality of interactions and not all interactions are necessarily relevant to the students’ needs or wants. One must pause when encountered with a task requiring students to evaluate 16th century artwork when neither their work nor interests would ever take them in that direction.  When choosing or creating a task for our lessons, perhaps we need to consider the following:

When you have decided on your task, consider the stages of the lesson that needs to wrap around the task: e.g. how you would lead in to it, whether or not to pre-teach and how much to pre-teach, and how you would give feedback (language feedback and task feedback).

And hopefully, it’ll be a task that your students can truly sink their teeth into and enjoy working on so much that they might even forget that they are speaking English.

As Benjamin Franklin very wisely once said,
“Tell me and I forget,
Teach me and I may remember,
Involve me and I learn.” 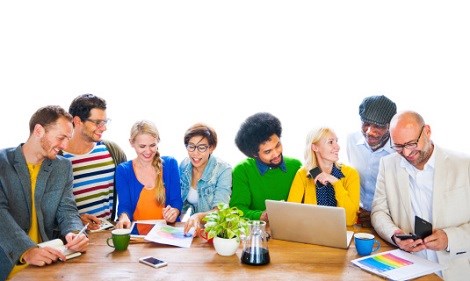