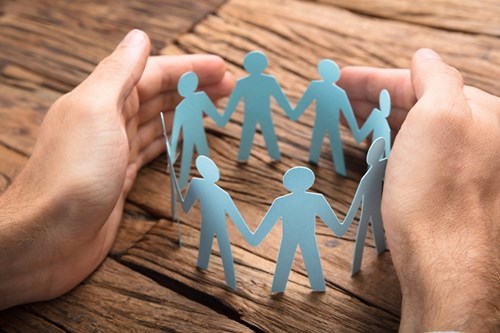 Things got a bit harder when I became a teenager. I was passionate about subjects that everyone else hated, I joined clubs that only a handful of people (literally, four!) wanted to join, and I became close friends with the people that  others didn’t want to bother with. I survived university only because my gay best friend didn’t let me wallow and ‘took me in’, making me feel like my odd beliefs and opinions belonged somewhere.

Moving to the UK in my early twenties only served to exacerbate the feeling of being excluded. Now a cultural and ethnic minority, I often didn’t know how to fit in whenever I was on a social outing with my British friends and colleagues. When group conversations revolved around the TV programmes they loved as children (Who’s Jim and why does he fix things?) and games like charades that often involved people and events only known to them (What is the Fast Show? What’s the Spanish Armada?), I often sat on the sidelines becoming more and more withdrawn as the evening went by.

Often, the larger the group, the harder it was for me to get involve in those conversations, and I would wonder how many times I could ask, ‘What’s that?’, ‘Who’s that?’ before they got bored of me. When they started to ignore my questions, I found myself shriveling on the inside, and wondering if I could make myself disappear.

The feeling of being excluded, whether because of one’s family background, abilities, sexual orientation, race, age, experience or associations, is a familiar one to many of us.  It is perhaps human nature to seek out people like ourselves: people who can reaffirm our beliefs and endorse our norms. Such mutual praise and support can be crucial to us building confidence in what we do, and feeling part of a community.

However, when the celebration of these norms is done in the presence of people who do not share the same norms, it can serve to alienate and exclude. The excluded party then either chooses to stay (perhaps because leaving isn’t an option) and self-censor, losing a part of their identity in the process, or they might leave the group, thus reducing the group’s diversity to its own detriment. After all, diversity leads to new perspectives, new ideas, and creative thinking: all of which are important in the modern workplace. 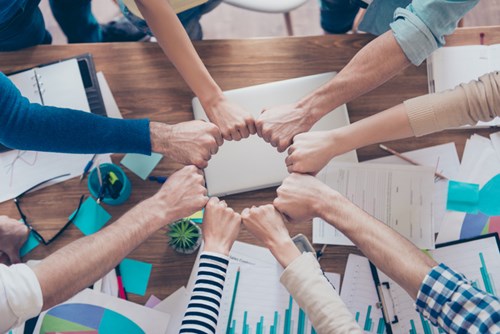 One of the themes of IATEFL (International Association of Teachers of English as a Foreign Language) Liverpool this year was one of diversity and inclusion with a plenary speech on inclusive education and gay pedagogy, a British Council signature event on inclusion, and a closing plenary speaker calling for more inclusive materials, the message was loud and clear: we needed to be taking inclusive education more seriously.

So what does inclusive practice mean?

The Alliance for Inclusive Education (Allfie) defines this as attitudes and methods that ensure all learners can access mainstream education. Many discussions on inclusive education often centres around a model of education where students with special needs (whether they are wheelchair users, have dyslexia or are on the autism spectrum) are learning together with students who do not have special needs in mainstream schools, colleges and universities. This means providing equality of opportunity for people with disabilities and allowing them to participate and collaborate in class, instead of segregating them.

The Oxford Dictionary defines the practice of inclusivity as one that seeks to include those who might otherwise be excluded or marginalized. In addition to those with disabilities or with special needs, this also includes those from minority groups and those with protected characteristics e.g. those of a certain age, race, sexual orientation, or religious beliefs.

An inclusive curriculum is one that each and every student can relate to. It is one that promotes not just equal opportunities but a chance for personalization, so that no one feels left out or excluded.

But sometimes, attempts to embrace inclusivity can stop at a mere ‘tick-box’ exercise of ensuring that each minority group is being represented. Seeing a picture of a wheelchair in our coursebooks, hearing voices with less familiar accents in listening activities or having a mention of a single mother or same-sex parents are certainly ways to move our curriculum and course materials towards being a more inclusive one. It would educate the users about the diverse world we live in while giving a nod to those from these usually-excluded groups.

However, it remains only a nod.

Before I go on, let me first clarify that a nod, especially in a world where nods are hard to come by, can be extremely powerful. Burger King’s Proud Burger and Honey Maid’s inclusive TV commercial might have been criticized for being a marketing gimmick and trivialising serious issues but their display of support for the LGBTQ+ community made many feel recognized and acknowledged.

But I think back to the times I felt excluded and I know that although acknowledgement is a step forward, it is not enough. I don’t just want to be told that my difference is recognized. I want to feel like I belong. 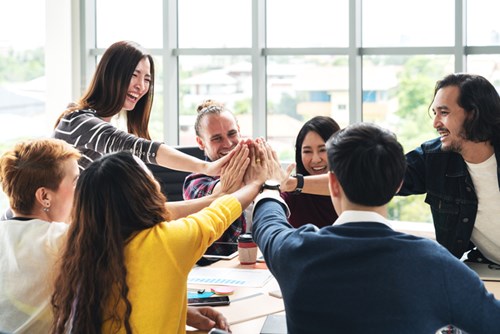 The feeling of belonging

In her post aptly titled ‘Diversity and Inclusion aren’t what matter. Belonging is what counts’, the writer Anita Sands links belonging to psychological safety – the feeling that you’re not at risk of embarrassment or rejection; if you make a mistake or suggest anything, you won’t be criticized because of anything innately to do with you.

Indeed, the feeling of belonging can be a powerful one. It’s a feeling that you are accepted for who you are – your beliefs, your norms, your circumstances. You don’t have to waste time and energy hiding who you are. Instead, you know that the differences you bring to the table would be appreciated. You can be free to be the best you can be.

The Australian Council for Educational Research has found that students who feel a sense of belonging are more motivated and more engaged. They pay more attention in class and make more of an effort with their work. A low sense of belonging, on the other hand, can lead to negative and anti-social behaviours - problems that certain minority groups are sometimes linked to.

So how can we help our learners feel a sense of belonging in an inclusive classroom?

It is important that we use this power wisely and cultivate a class where the individuals are respected and loved, so that they will go on to respect and love others.

How can we be more inclusive?

While there are many useful online articles and blogposts about diversity and inclusion, I sometimes feel that some of my most profound realisations on this topic come from reflecting on my own past. When I recall all the times I felt excluded, and think back on how much I wanted to belong, I ask myself how I would like to have been treated and what the people around me could have done to make me feel included. And the answers sometimes provide the very clues I need to create a more inclusive learning environment.

Have you ever felt excluded? What’s your story? And how can it help you be more inclusive?