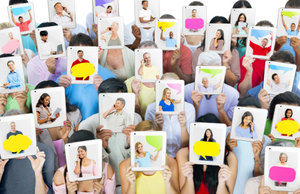 What people think of ELT - Part 1

What people think of ELT - Part 3

In my previous blogpost, I reflected on what I had heard non-ELT folk say about teaching English as a foreign language. I asked several friends for their feedback and realised in collating their answers I needed more responses in order to see if there really was a difference between how we see what happens in our classroom and how others saw us.

My curiosity led me to create a survey with twelve statements about what we do and I employed a five-point Likert scale to see how much respondents agreed or disagreed with the statements. I also asked the question, “Have you ever taught English to speakers of other languages?” and offered the three options “Yes, in the past”, “Yes, I do it now” and “No” so that I could compare the views of these three groups of respondents.

As this is not a proper piece of academic research and the questions I chose were mainly to satisfy my own curiosity (and that of my colleagues and my readers), I must apologise for the lack of academic rigour in my research (both the questionnaire and the analysis).

The questionnaire attracted more than 100 respondents but unfortunately, Survey Monkey only allowed access to the first 100 responses unless I upgraded my plan (which I was not prepared to do for this one survey). So here are the results based on 100 respondents attracted mainly through the use of social networking sites like Facebook and Twitter. 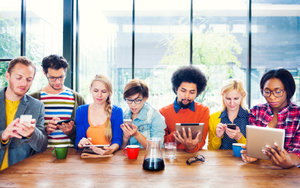 Alongside the survey results, I have included my own analyses and my own take on the survey statements (in italics). I am of course not representative of all ELT teachers, but I am basing my views on the current trends in teaching and teacher training seen at conferences such as IATEFL, the discussions I have had with fellow teachers on online networking platforms and blogs, and the understanding I have gleaned from the opinions of teachers active online, combined with my 12 years of experience teaching and teacher training.

1. TEFL teachers try to help students get rid of their accent.

There doesn’t seem to be huge differences in the way the three groups answered this question.

Everyone has an accent. Whether it is a Yorkshire accent, an Estuary accent or a French accent. There is no such thing as having no accent. Often when people talk about not having an accent, they are really referring to speaking with what is perceived as a standard English accent.

An accent is part of one’s identity and can symbolize belonging to a group or community of practice. Telling someone to ‘get rid of their accent’ could be unnecessary and even discriminatory. Seeing that English is now learnt to communicate across the globe, and not necessarily with English native speakers, there is a growing belief that as long as intelligibility is not affected, one’ s accent could add to one’s English-speaking personality. 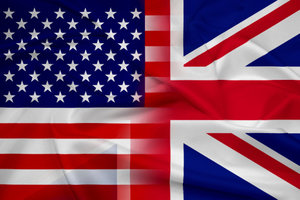 2. TEFL teachers teach students to speak with a British or American accent.

On the CELTA, we often tell trainees to teach students using their own accents as a basis. This is quite straightforward if you spoke with a standard British accent, taught in the UK or in a school that promoted British English, and used a coursebook published in the UK.

While some teachers are confined by the policies of the schools they work for, the truth is that teaching our students to adopt a foreign accent tends to take up more time and energy than the average language classroom can afford. Communicative competence is given priority, and while we might choose to teach students to pronounce ‘garage’ the way we say it, or the way the CD on the coursebook pronounces it, I’m not sure we can qualify that as ‘teaching students to speak with a British/American accent’.

3. TEFL teachers should try to minimize their regional accents and speak with a standard British or standard American accent when teaching.

While about a quarter of each of the three groups agreed with the above statement, a significant 47% of Group T, 55% of Group U, and 44% of Group N disagreed or strongly disagreed with it.

As mentioned in (2), teachers should teach what they know. Faking an accent in a classroom, or anywhere for that matter, is not something one can sustain over a period of time. And if you are non-native speaker teaching English, your accent could serve as a better role model and something your students can better relate to. 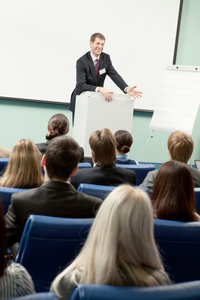 4. In a TEFL classroom, the proportion of teacher talking time to student talking time is about 60/40 to 70/30.

While a good 63% of current teachers (Group T) disagreed or strongly disagreed with the above statement, a surprising 45% of Group U agreed with it. The non-teachers (Group N) were more cautious, with 50% staying neutral and the other 50% spread equally across the agree-disagree spectrum.

Teachers who taught in the past might have been more used to a more teacher-led environment where teachers lectured and instructed and good students listened.  And perhaps the results of this survey shows us quite nicely how things have moved on since then.

5. It is important for the teacher to correct every mistake the student makes.

However, interestingly, if you look at the percentage who strongly disagreed, it is clear that a much larger proportion of Group T (66%) felt passionately about this statement, compared to the 33% of Group U and 4% of Group N.

First of all, the perception of what constitutes a mistake in itself is debatable and could easily be the subject of a totally separate blogpost. The current belief is to help students be more intelligible and to communicate successfully in English, and therefore only mistakes that inhibit successful communication should be picked up on and worked on. 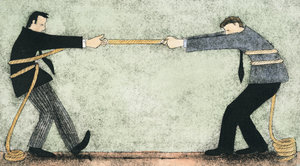 6. Most of the mistakes that students make are due to interference from their first language.

First language interference is no doubt the cause of some of the issues students have when trying to translate what they want to say from their own language into English, but we also start to realize especially when teaching in multicultural classrooms that certain mistakes are universal and all part of the experimentation required in the language learning process.

On the contrary, one’s first language could in fact help with the learning of English through contrastive analysis and making use of the similarities and understanding the differences between the two languages.

7. TEFL teachers spend at least 50% of their classroom time teaching grammar and helping students to use correct grammar.

66% of current teachers (Group T) disagreed or strongly disagreed with this statement but 44% of ex-English teachers (Group U) and 28% of non-teachers (Group N) agreed with it. While the majority of Group N (52%) chose to stay neutral, it seems from these results that respondents of Group U and Group N struggled to envision an ELT classroom that didn’t involve grammar teaching and learning.

The teaching of grammar is undeniably part of the language learning experience, but it might not be as big a part of it as most of us might remember from our days of boring language lessons. That is not to say that grammar is boring, which we know of course isn’t true.

However, with an increased focus on communicative competence, negotiation of meaning and the increased acceptance and popularity of the Lexical Approach, we are starting to see that long hours spent on English grammar isn’t necessarily going to help us become more fluent in the language. 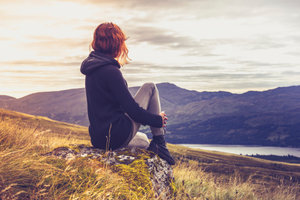 In my next blogpost, I’ll be looking at the responses to the remaining five statements and some of the interesting comments that respondents have left.