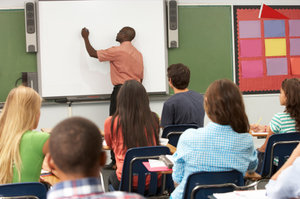 In November last year, I went to the BESIG Prague conference thinking that this time, instead of a talk on methodology or on thought-provoking controversies, I would give a workshop based on some practical teaching ideas that the audience could take away and use the following week in class. So I decided to give a talk called ‘Top Tips for using mini-white boards’ partially based on a previous blogpost I had written on the subject.

The workshop was about the use of mini versions of the white board in the classroom so as to allow for more student autonomy and creativity, and nowhere in the conference programme was there any indication that my talk was related to some new-fangled technological device. Those who watched the trailer to my talk would have had no doubts as to what kind of white boards I was going to be talking about. 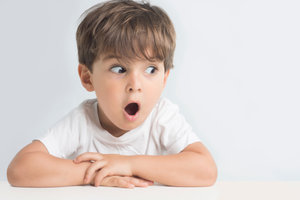 Yet, more than a third of my audience came to my workshop thinking that I was going to be talking about Interactive White Boards (IWBs) or some new app that featured the use of white boards on a tablet! I was asked repeatedly, “When you said ‘mini white boards’, you mean actual white boards? Like actual physical white boards? Not a tablet? Not an app?” The incredulous look on their faces was unforgettable.

It was sorely disappointing for them and me to realize that the talk was not going to be what they had hoped, and there was that rather awkward moment when they decided to leave and felt the need to apologise. The workshop went well and I had lots of fun with those who stayed (at least that is what I thought) but I could not help thinking about the expectations of the modern teacher when it comes to the use of technology in the classroom.

Now, I am a huge advocate of the use of the Internet, social media, and mobile learning in the classroom, and have recently run several teacher training courses on the subject. I regularly blog and tweet for ETp (the username is @ETprofessional , in case you were wondering) and am an active Facebook user. So you can’t exactly call me a Luddite or a technophobe.

However, I’m of the opinion that technology should be used to support and complement teaching, and that real human interaction (whether it be face-to-face or via Skype or a chatroom) and negotiation of meaning is crucial to language learning. 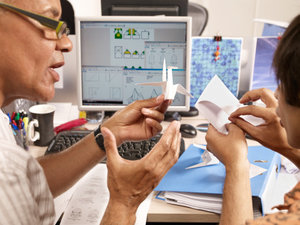 Unfortunately, when it comes to Interactive White Boards (IWBs), I believe it is a case of ‘technology for technology’s sake’, and wonder if the massive uptake by schools nationwide is nothing but an attempt to chase a fad.

I worked at a school in London that had IWBs fitted in every classroom (alongside the traditional white boards) and used the IWB in every one of my classes for more than five years. I have attended training sessions on the use of IWBs and have given my teacher trainees crash courses on how to use these devices. While I cannot claim that I am an expert at IWBs, I would dare say I am a moderately experienced user. So why are schools so enamoured with IWBs? 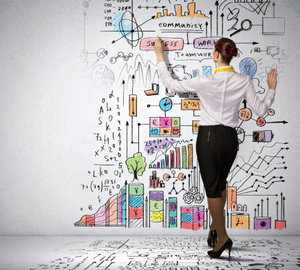 1. They look impressive and have the ‘wow factor’, especially when a new student enters the classroom for the first time.

2. They allow you to save board work e.g. onto a USB stick, which you can then print as handouts or send to students via email as a record of their classwork, thus saving them precious copying time.

3. Before saving your board work, you can convert your cursive handwriting into text simply with one or two taps on screen.

4. They serve as a projector, and so you can access websites, show YouTube videos, make presentations, etc. The touch screen function allows you to tap directly to play or pause a video, forward a slide, and even add notes to whatever is on screen.

5. IWBs have eradicated the need for DVD and CD players in the classroom.

6. You can save all the audio recordings from different coursebooks onto one centralised hard drive that teachers can access from any classroom with an IWB.

7. You can create cool gapfills and have students drag the right answers and drop them into the correct gaps.

8. They have a cover/uncover function that allows you to slowly reveal the answers of whatever comes next on your slide (à la OHP acetates).

10. There are findings purporting that the use of IWBs in classrooms are connected to higher test scores (ref: The DfES Primary Schools Whiteboard Expansion Project).

But after having used IWBs for more than 5 years, here are what I think are the disadvantages:

1. They are very expensive to buy and to maintain.
The IWBs we had in our classrooms cost more than £2,000 a piece. The bulbs in them last for only 3,000 hours of use and cost about £300 each to replace. If a school uses the IWB for a mere 20 hours a week for 40 weeks a year, the bulb will last for about three years.

2. They can waste precious classroom time.
They take time to start up and run, and when the IWB hangs and refuses to work (which can be often enough), it can take a while to sort it out. Thankfully the school I worked for had an efficient IT department that would send staff to our classrooms to sort out any IWB problems we had while we continued teaching and interacting with our students. Smaller schools that do not have the luxury of an IT department might not cope as well with such problems.

3. Writing on the IWB can be difficult
The screen on the IWB is touch sensitive and so when you write on it with the pen or stylus, your palm, your wrist, or any part of your arm cannot be touching the board. This also means that two people cannot be writing on the board at the same time. This excludes the possibility of doing ‘Board Rush’-type activities with your students.

Also, forgetting to put the pen or stylus back into its cradle would mean that the IWB still thinks the pen is active and treats any touch of the screen as writing happening. So you tap on the play button to play a video and instead it writes on the play button instead. And you end up spending the next 3 minutes looking for the pen so that you could put it back into the cradle.

4. The out-of-sync touchscreen
Often as part of the daily start-up process, the IWB prompts you to orient the pen to the screen. This involves touching the pen to 9 suggested points on the screen. Despite having done that, the pen can still go out of sync. This means that as you touch the pen onto the board to write, your writing could appear a centimeter or two away from where you are writing. I found this extremely disconcerting and impossible to get used to.

Of course, if the pen is out of sync, so is the touch screen. Tapping on play buttons, clicking to a particular point in a video clip on the slider bar, highlighting and selecting certain words or texts can all prove difficult. You might find it is easier to operate from the PC/laptop that the IWB is connected to…which makes the IWB nothing more than a projector… 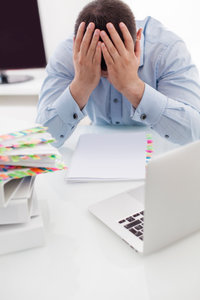 6. It takes time to prepare an IWB lesson
So you want to use the IWB functions to allow students to drag words around and match the collocations or to drag words into the appropriate gaps. This means you have to prepare your lesson using the same IWB software (e.g. SMART) on your laptop or PC and this can sometimes be a time-consuming process. I have often found that it take less time to simply type out the gap-fills or matching exercise and print them out as handouts, or write them out on the traditional white boards.

7. The novelty and ‘wow’ factor soon wears off
The students might find IWBs impressive at first but at the end of the day, it is the quality of the teaching and the interactions in the classroom that counts.

9. Fussing around with IWBs means less time interacting with students
I have heard of students complaining that their teachers spend all their time preparing IWB lessons and focusing so much on the technology at the expense of real life interactions with students. 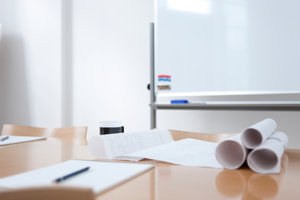 Are IWBs an example of a technology-driven classroom where lessons revolve around what the IWB can and cannot do?
Are we letting technology dictate how we conduct our lessons?
Are we throwing out the simple things that work and looking down our noses at them the way we threw the baby out with the bathwater?

I like my whiteboards, both mini and maxi, and I don’t think I’ll be in any rush to recommend IWBs for the moment.


Chia Suan Chong is a General English and Business English teacher and teacher trainer, with a degree in Communication Studies (Broadcast and Electronic Media) and an MA in Applied Linguistics and English Language Teaching from King’s College London.
Fascinated by the interplay between culture, language and thought, Chia is also an intercultural skills trainer and materials developer, and is now based in York.