As the ETp Live! Conference in Brighton draws closer, I turn my mind to the talk I’ll be giving “Creating the right impression – the politeness and pragmatics of ELF”, and I find myself thinking about how the concept of ELF (English as a Lingua Franca) has gone from being a novel and radical idea to one that has become accepted among Business English teachers as an undeniable reality. 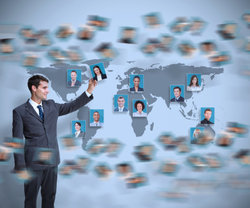 So what is ELF?

As globalisation continues to take hold through the spread of global corporations, the rise in cheap flights and the rapid expansion and development of the internet, English has cemented its role as the world’s primary lingua franca and is now the most commonly used means of interacting with the rest of the world.

There are an estimated two billion users of English (Crystal, 2008), the vast majority of whom are non-native speakers (NNS) who use English as a lingua franca (ELF) to communicate with fellow NNSs of different lingua-cultural backgrounds in a bid to successfully exchange goods and services, obtain information, and build relationships across the globe.

In fact, Seidlhofer (2004) maintains that as many as 80% of NNSs would use English to communicate with other NNSs, and not primarily with native speakers (NS) of English. This international use of the language has given rise to a need for communicative efficiency and cross-cultural intelligibility where function is often prioritised over form (Cogo, 2008). 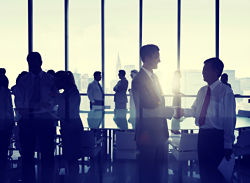 Many teachers are now happy to acknowledge the fact that most students will be using English to communicate with other NNSs. Especially in the Business English teaching world, it is almost a given that one should lay focus on improving the learners’ communicative competence and not be spending hours teaching them how to use the article ‘the’ or drilling connected speech and the ‘schwa’.

Robin Walker, who has recently written an entire series of articles on teaching pronunciation for the ETp magazine, has mentioned both in his talks and in his book ‘Teaching the pronunciation of ELF’ (2010) that it is not about teaching a single variety or accent, but about equipping the learner with the features of pronunciation that are necessary for intelligibility, and not waste precious time on non-core pronunciation features like assimilation and weak forms that could even have a negative impact on intelligibility. 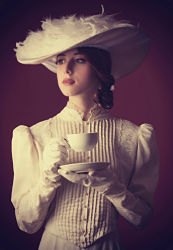 But it’s one thing to give a thumbs-up to celebrating inter-variety intelligibility, but another to actually change one’s attitudes towards the different accents in English.

An English-born Business English trainer living in Germany once proudly said to me, “I am very particular about the pronunciation that I teach my students and my children. I come from a family that speaks RP and I speak RP (Received Pronunciation) to my students because that is the correct way of speaking English.”

When I challenged her by saying that less than 3% of NSs in the UK actually speak RP (an estimate given both by Crystal and Trudgill), she nonchalantly said, “It doesn’t matter how many people speak it. The fact is it is the correct one.”

This truly incensed me as I am a sociolinguist at heart (and in training), and couldn’t shrug off her blatant use of the judgmental word ‘correct’. So I pressed the issue by asking, “What do you mean by ‘correct’? Who says it’s correct?”

She was stumped at the repeated challenged and angrily insisted, “The people that govern the language say so. The people who write dictionaries say so.”

At this point, she started to get really irate, and blurted, “But surely RP is better than the Cockney accent, or the regional accents in the North? They just sound so crass! Just wrong!”

Her use of the words ‘better’, ‘crass’ and ‘wrong’ was starting to show up her prejudice, and this is a prejudice that not only she holds, but many share, whether they openly admit it or not. Here are some utterances I have heard both teachers and students say:

“Standard British just sounds so much more refined than American English.”
“New Yorkers either sound like taxi drivers or members of the mafia.”
“The British accent doesn’t sound as cool as the American accent. Unless it’s a Texas accent.”
“Don’t study English in Newcastle or Birmingham. You will sound awful.”
“I love the French accent. It is so sexy.”
“I hate the French accent. It sounds so arrogant.”
“I don’t like the Chinese accent. It’s just not very appealing.” 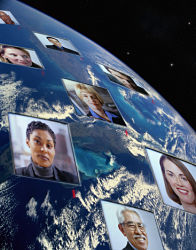 Of course, I can hardly blame people who make such statements. It is years of conditioning and decades of social changes and social stratification that have moulded people’s views of accents. It may not be the lexicographers of dictionaries that ‘say RP is correct’, but lifetimes of social conditioning have made us believe RP is better and more refined.

Then, there is of course personal preference. Some of us prefer the violin to the piano, or the harp to the saxophone, and perhaps some accents simply sound better to our untrained ears because of the pleasant encounters we have had with them. However, an awareness of the judgments we place on others because of their accents could shed light on the latent biases we hold that we might not be fully aware of.

This week, James Taylor, an English teacher currently based in Costa Rica, provoked discussion and debate with his blogpost ‘Why I wish I was a non-native English speaker’, citing the NNS teacher as a clear role model for students of how one can be intelligible and clear when communicating in international contexts.

This echoes Graddol’s (2006) sentiment when he described the model for English, within the ELF framework, as a fluent bilingual speaker, and how the NNS teacher, with his/her ‘non-standard accent’ could indeed be a better role model for the students.

But before we can start tackling the issue of how we can go about teaching our students the pronunciation of communicating intelligibly and clearly, perhaps we need to delve a little deeper into the attitudes we harbor towards the different accents of English. 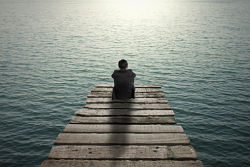