Linking between our two most recent issues on Speaking and Pronunciation, and Teaching Reading, David Dodgson takes a look at phonics. This method of introducing letters and sounds when teaching young learners to read and write has become increasingly popular in EFL contexts in recent years. However, our resident blogger is not entirely convinced and in this post, he will explain why.

Phonics has been something of a buzzword in the last two schools I have worked in. I was first introduced to the idea while working at a bilingual international school where it was used with English-speaking primary pupils as a way to introduce them to reading and writing. Although designed for first-language contexts, phonics has a clear appeal to primary ELT practitioners with its step-by-step introduction to sounds associated with each letter useful for reading, spelling, and pronunciation.

This is especially true in contexts such as my current one – a language school where the majority of students’ native language is not represented by the Latin alphabet. With beginner-level young learners needing a high amount of literacy support as they learn to form letters and decode sounds from an alphabet that bears no resemblance to their own, phonics seems to offer an effective solution. 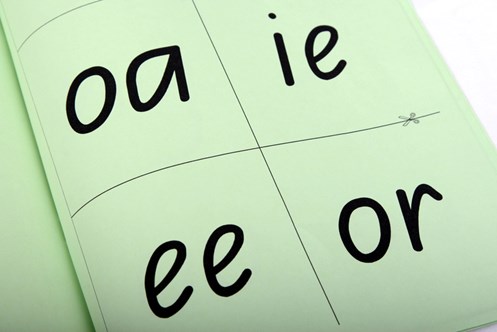 I currently work in an Arabic speaking country and upon arrival, having mainly taught students from Europe before, I was willing to get to grips with this idea to support language learning. I consulted with colleagues teaching the same levels and tried various activities to introduce sounds, associate them with mimes, practice letter and basic word writing, and encourage reading through blending and segmenting sounds in words.

However, after experimenting for an extended period, I remain unconvinced. I will explain why in the remainder of this post, and as ever, I am open to persuasion so if you are a fan of phonics and wish to explain where I’ve got it wrong, please let me have it in the comments.

Issue #1 – Out of context random vocabulary

In my centre, we are lucky enough to have access to a wide range of resources and phonics is no exception. In addition to materials in the main syllabus, there are posters, flashcards, songs, in-house worksheets, and all manner of supplementary resources. However, several of these are based on the first language version of phonics and introduce words beyond the lexical knowledge of our students.

While a native speaker child will most likely have an extended knowledge of farming and animal vocabulary, a child only beginning to learn English as a foreign language will not. This results in a lot of the time spent on phonics on class actually being used to teaching new lexis. If children are to really benefit from phonics, they need to work with familiar vocabulary so that they can focus on the sounds and letter/word formation as much as possible. 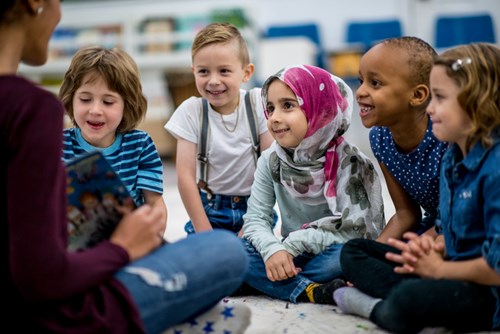 Furthermore, when words (especially unknown ones) linked by a sound rather than a theme are presented, it can cause confusion. A list of words starting with ‘d’ seems to me to be counterproductive. Throughout my experience and training as a teacher of young learners, the importance of context and personalisation has always been emphasised and this ‘initial sound’ method of presenting word lists contradicts that.

I tried to adapt the word lists to recycle previously learnt vocabulary and high frequency words, but it was not always possible to find more than two or three examples suitable for the learners’ level – not much practice to be had there!

During a recent training course I attended, another contradiction inherent in phonics occurred to me. In one session, we explored theories of childhood learning and how younger children struggle with abstract concepts. When asked to work with counters or pure numbers in maths for example, they might struggle, but when presented with real world objects, they are able to solve the same problem with ease.

A lot of what is presented through phonics is quite abstract. Sounding out individual letters, blending sounds to make ‘new words,’ segmenting sounds within words and sounding them out – these are all activities that seem to make the whole process of learning, recognising, and producing words unnecessarily complex. I have seen notes for teaching materials and observed colleagues encouraging students to sound out d – o – g before saying ‘dog,’ a word with no problematic sounds, easy spelling, and one I am sure they all know anyway!

Coupled with the presentation of words out of context and in isolation as described above, I could not help but feel that my time would be better spent on building word recognition, reading, and writing through story-telling and contextualised activities.

Issue #3 – An abundance of exceptions

English is famously not a phonetic language. Very few letters have a consistent sound in every instance in which they are used, and there are many examples of the same letter combinations having multiple readings as well as different letter combinations producing the same sound. Indeed, early on, ‘tricky words’ are introduced in phonics such as the ‘long e’ /i:/ in she and he as opposed to the short /e/ of exit and bed. 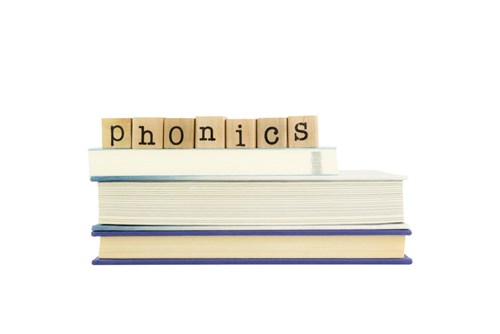 However, these ‘tricky words’ soon add up to quite a lengthy list to the point where the learners are expected to recognise more words that break the ‘rules’ than those that do. As an example, from my classes, ‘ow’ was introduced as in throw and show. Surely enough, the next lesson we were learning about farm animals and one of the target words was cow…. When I showed the picture, the whole class said /kaʊ/ in unison. When I showed the word, several of them started to say /kəʊ/ and confusion reigned.

And then we come onto weak forms – if you read my last post on pronunciation, you will know that I enjoy including a focus on these in my teaching. With students versed in phonics alas, getting them to produce /ə/ in place of /æ/ for the indefinite article becomes quite a challenge.

Issue #4 – One size rarely fits all

The final issue I have with phonics is the common presentation of it as a fixed method – starting with s-a-t-p-i-n before moving through other letters in a fixed sequence, introducing diagraphs, blending, segmenting, and so on. While the idea of a ‘best method’ in general language teaching and indeed education seems to have been largely abandoned, I find it interesting that phonics has enjoyed such a surge in recent times.

It may well work very well for a significant number of pupils, both first and second language learners, as they develop their literacy skills. However, can it be said to work for everyone? With numerous exceptions to the rules and the issues of decontextualized language outlined above, can we be confident that phonics is of benefit to every individual child that makes up the unique flavour of every class we teach?

If not phonics, then what? How can we support our young learners in the beginner stages, especially when the reading and writing system in their own language is different?

I recently had the opportunity to exchange ideas with a fellow teacher who works with Mandarin speaking students and also uses phonics. While he cited it as the easiest way to introduce the unfamiliar alphabet, he also noted it can be ‘very sound and word driven’ with ‘an overt focus on sound rather than meaning’. He highlighted readers with an emphasis on ‘story before sounds’ to make learning more meaningful. 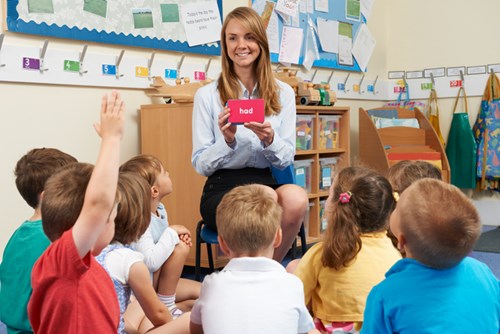 This mirrors my experience. I eventually abandoned the systematic introduction of letters, diagraphs, actions, and word lists in favour of highlighting examples known vocabulary and target language with similar sounds and finding (or even on occasion creating) stories to recycle and represent them. Making sure students could all see and follow the words of the story and making flashcards helped to build their sight vocabulary very quickly and they started to make much more progress with reading and writing.

Stories also provide context allowing the children to see, hear, and read words connected by meaning. There is no need to break down simple words into individual sounds nor is there the issue of random words appearing just because a common letter is shared between them. Young learners love to engage with good stories over and over again, giving more chances to build their range of sight words and transfer it to their general reading and writing than phonics could.

As I said at the start of this post, you may well have a more positive outlook on the benefits of phonics. If that is the case, please share your thoughts in the comments!