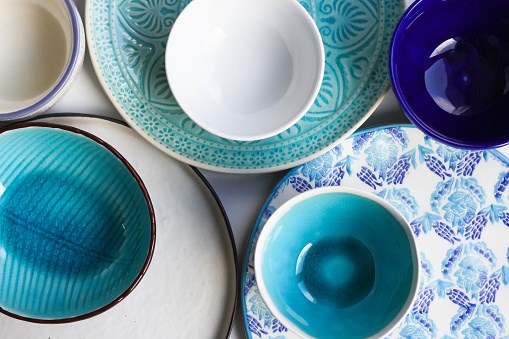 If there is a lesson to be learnt from Google translate, it is that languages are not simply mirror images of each other. The words and expressions in one language may not find an equivalent in a different one, and the concepts expressed in one language might not exist in another.

An obvious example would be the symbolic nature of idioms and how different languages and cultures choose different symbols and metaphors to express common concepts. For instance, in English, we see time as a horizontal concept where we can look back into the past or look forward to the future. However, in Aymara, a language from South America, the past is in front of us and the future is behind us.

On the topic of ‘time’, Keith Chan suggests that the existence of future tenses in some languages can impact on one’s tendency to save money in this TED talk.

The theory that the language we speak can affect our perception of the world around is not a new one. The 1920s and 30s saw the beginnings of what became the Sapir-Whorf hypothesis – the suggestion that language can shape perception and thought and provide a filter through which we see the world.

An example commonly used to support the hypothesis was the way colours are classified differently in different languages. Some languages like Dani in Papua New Guinea and Bassa from Liberia and Sierra Leone have only two words to describe colour: light and dark, while other languages have five words to describe the five basic colours: dark (black), light (white), red, yellow, blue/green. Most languages, however, often provide a more expansive vocabulary to describe the wide spectrum of colour although there might be discrepancies in the way we draw the boundaries between one colour and another: what is clearly orange to some might be yellow to others.

I remember my Italian friend being adamant that ‘blu’ (the dark colour of the sea) and ‘azzurro’ (the bright colour of the sky) are completely different colours and do not belong in the same category. As an English speaker, I saw them as different shades of blue to which he passionately exclaimed: “The colour of the French football jersey is ‘blu’ and the colour of the Italian football jersey is ‘azzurro’. They are not the same colour because the French football team and the Italian football team are not the same!” Although his logic was not exactly infallible, his point was clear: to his mind, blu and azzuro were not shades of the same colour.

Language provides the categories into which we could place our experiences so as to make sense of what we see and the emotions we feel, understand causality and talk about the world around us. Obviously, the world around us is different depending on where we live and so the words we need would therefore differ. In a previous blogpost, I wrote about my difficulty with winter-related vocabulary coming from a country with no winter. There is also of course the popular myth of the Inuits having a hundred words for snow – after all, if you were living amongst snow everyday, you would start to see the minute differences in the types of snow around you.

Likewise, in Chinese, Korean, and Japanese, there are multiple words for rice: a word for cooked rice, a word for grains of uncooked rice, etc. And the expression: ‘to eat rice’ is often akin to meaning ‘to have a meal’ e.g. Have you had rice? = Have you had your dinner?

"Is the middle item a bowl or a plate?"

When my Irish husband and I disagreed on what to call the above kitchenware (see the middle item in the above two pictures), I initially dismissed it as a mere difference in our personal views. When my in-laws came to visit, I found out that they too considered the item a ‘bowl’, while to me, it was clearly a ‘plate’. I started to wonder what others might say and if this might be a cultural issue. With the encouragement of my husband, I posted the above pictures on my Facebook wall, urging my friends and colleagues to answer the question: ‘Is this a bowl or a plate?’

My husband and in-laws might be able to say that they feel vindicated when out of 47 responses, 24 responses said it was without doubt a ‘bowl’ (some calling it a ‘pasta bowl’), 8 used the word ‘dish’ to describe the item and 7 said it was a ‘plate’.

But upon closer exploration, 5 out of the 7 who said ‘plate’ did not speak English as a first language and some even offered explanations on what the item would be called in their language e.g. a ‘deep plate’ or ‘soup plate’ in Greek, and a ‘deep plate’ aka ‘piatto fondo’ in Italian. The remainder of the 2 who said ‘plate’ were Singaporeans who spoke English alongside Chinese as their first languages. One of them worked in the food and beverage industry and asserted that it was a ‘pasta plate’.

Intrigued by the results, I decided to ask the same question again in Japanese. It is worth noting that the Japanese have two words for ‘bowl’. ‘Chawan’ literally translated means ‘tea bowl’, and is used usually for the individual’s portion of rice. The other word ‘booru’ is a loan word from the English ‘bowl’, but as we can see from my respondent’s post below, is used to describe more of a serving dish.

There were only three responses to my post in Japanese, but it was fascinating to consider the reasons for their choices. The first two respondents thought that what they’d most likely put into it would determine what it should be called. The first said, “Most definitely a ‘booru’. It’s something you’d want to put fried noodles and fried rice into,” and the second respondent said, “Definitely a ‘booru’. You’d put items that you’d share with the rest of the table into it.”

The third respondent tried to imagine how he might interact with the item at the dining table and said, “I think it’s a plate. If you brought this item to your lips while eating, it’d be rude.” After all, a Japanese using a ‘chawan’ bowl to eat would be expected to lift the bowl up to their lips.

Those familiar with Japanese dining etiquette would know that the dishes meant for the individual’s use are usually small and dainty. The ones meant for the centre of the table where food is shared from are usually bigger. To the Japanese looking at the item in question, it was definitely a dish used for sharing food.

On a roll, I decided to create a new Facebook post with a new thread, asking the same question but this time, in Mandarin Chinese. I had 10 responses from my Taiwanese, Chinese and Singaporean friends, none of whom had commented on my previous post. 8 of them said it was a ‘plate’, 1 said it was a ‘bowl plate’ and 1 said it was a ‘bowl’. It is interesting to note that the one who said ‘bowl plate’ and the one who said ‘bowl’ were both Singaporean Chinese speakers who also had English as their first language.

Before you misunderstand my intentions, I am by no means trying to imply that my crowdsourcing effort was in any way scientific, or that the numbers quoted here were at all quantitatively valid. Being the language nerd that I am, I was merely happy to chance upon my own example of how the language we speak might be a product of our culture and could shape the way we see the world.

But so what if it’s a bowl and so what if it’s a plate? So what if it’s ‘azzurro’ and so what if it’s all shades of blue? Words are merely words, and there is no indication that our experience of the world are limited by our words or that the language we speak actually determines how we think about the world. Ultimately, these are notions that are difficult to test and to apply academic rigour to, and this was where the Sapir-Whorf hypothesis fell out of favour.

But as language learners, do we actually get to see the world through different lenses when we learn another language? Perhaps we might, to some extent, but at the end of the day, whether it is a bowl or a plate to you might depend on the main language you think in, and not the subsequent languages you acquire.

So as language teachers, how far do we go to insist that our learners see the world the way we do? If we start to consider the fact that our learners are learning English as a tool to enable them to communicate across cultures, is there any value in insisting that they call something a plate when they think it’s a bowl?