Neuromyths are misconceptions generated by misunderstandings of neuroscience research, which are used to advocate the use of brain research in education. But how powerful are these myths in English language teaching, and in education at large? Chiara Bruzzano looks at the evidence and some recommendations.

Having just passed my PhD viva last week (yes, I’m just dropping a bit of good news here and spreading some joy before what is going to be a pretty critical article), I was running out of good research questions… but it wasn’t long until I found this really good one:

To what extent can neuroscience contribute to our educational practices?

In the past few weeks, I have been reading The Gendered Brain by Gina Rippon (2019). In the book, Rippon examines the evidence and research studies about supposed brain differences between men and women. She also shares an interesting piece of information: apparently, people are much more likely to believe neuroscientific claims in articles when these present brain images. However, as Rippon explains, these images are not always as accurate as they are made to look and do not lend themselves to easy interpretation. 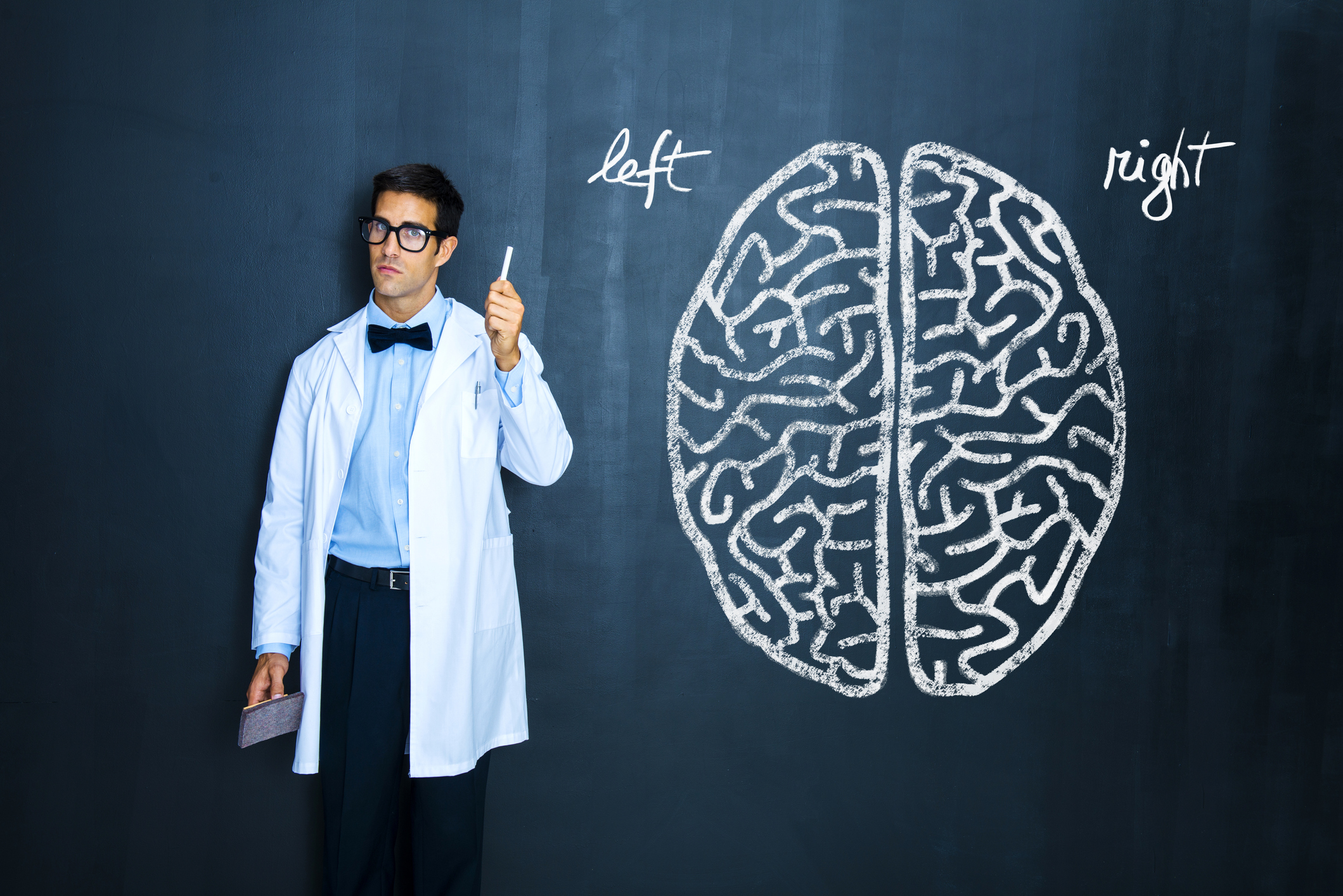 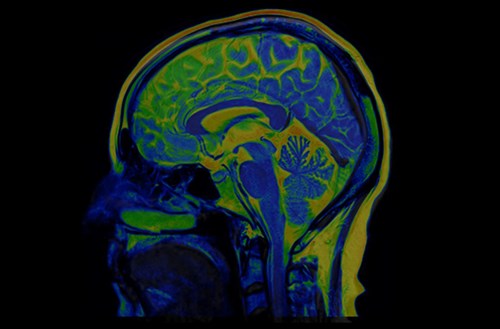 This got me thinking about the increase in neuroscientific claims related to education I have seen in recent years. From ‘brain-friendly education’ to ‘neurolanguage coaching’, several attempts have been made to translate findings on how the brain works into direct applications for teaching – and by extension, for English language teaching.

On the face of it, bridging the gap between education and cognitive neuroscience would seem like a desirable outcome.

However, in their discussion of the emerging field of educational neuroscience, the Centre for Educational Neuroscience (a joint research project between University College, London, Birkbeck and UCL) point to an important caveat: ‘a major goal of educational neuroscience is to bridge the gap between the two fields through a direct dialogue between researchers and educators, avoiding the “middlemen of the brain-based learning industry”. These middlemen have a vested commercial interest in the selling of “neuromyths” and their supposed remedies.’ (Centre for Educational Neuroscience).

In a widely quoted definition by OECD (2002: 111), a neuromyth is ‘a misconception generated by a misunderstanding or misreading or a misquoting of facts scientifically established (by brain research) to make a case for the use of brain research in education or other contexts’.

Due to fast advancements in neuroscientific research in the last two decades, especially thanks to functional magnetic resonance imaging, there has been a lot of excitement among educationalists, in the hope that findings about how the brain works may be directly translated into classroom procedures. This has given rise to oversimplifications of research findings in popular media: you will have heard about the importance of learning styles, the dominance of our left or right brain hemisphere or the fact that ‘we only use 10% of the brain’. 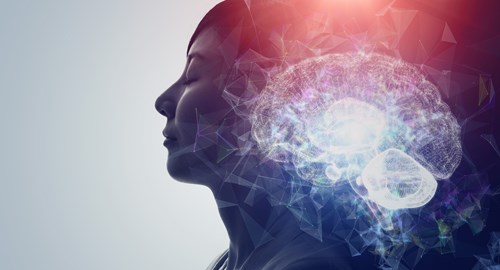 The power of neuromyths in education

In a recent systematic review on the persistence of neuromyths in education, Torrijos-Muelas et al (2021) found that while two decades have passed since neuromyths were defined as such, and despite the repeated efforts at debunking them, neuromyths still attract a lot of attention in education.

Among their most interesting findings, I would note that using neuroimaging technology is deemed premature for educational research – which makes me think about the possibly limited value of all those shiny brain images in neuromyth-filled articles. Further, university students apparently continue to believe in neuromyths despite attending courses in educational psychology or neuroscience. Indeed, presenting evidence debunking neuromyths may actually contribute to strengthening such beliefs, as beliefs are already quite deeply ingrained, as I discussed in a previous blog post. Also, practising teachers seem to go out of their way to teach according to the neuromyths they believe in – for example, catering specifically to visual, auditory and kinaesthetic learners.

Nowhere is the power of neuromyths as clear as it is with learning styles, i.e. the idea that people learn better when information comes in their preferred learning style – visual, auditory or kinaesthetic (VAK). As we have known for a while, there is no proven relation between a student’s self-evaluation of their preferred learning style and the style teachers may attribute to them. Further, we do not learn using just one sense, and the VAK model cannot explain how the brain learns. Consequently, catering to specific learning styles when teaching is, quite simply, not evidence-based practice.

In spite of all this debunking, Torrijos-Muelas et al (2021) found learning styles to be the most common myth among students and teachers. This might not come as a surprise to most English language teachers: References to learning styles were removed from the DELTA syllabus only in 2017 (meaning I had to drone on about them in my Module 1 exam) and replaced with ‘learning preferences’.

Learning styles, however, are still influential in the ELT world. In their survey of in-service English language teachers, Lethaby and Harries (2016) found that a majority of respondents believed that catering to specific sensory learning styles improved language learning. Most teachers also reported receiving instruction on neuromyths and claimed that this influenced their classroom practices (as evidenced, for example, by their use of learning styles assessment tools).

What to do then?

In their recommendations, Lethaby and Harries (2016) advocate for the removal of learning styles from the syllabi of programmes such as the Cambridge DELTA (which would happen the following year). They also specify that while teaching to learning styles may not be detrimental to learning per se, focusing on them detracts attention from other, more important areas of teaching that are actually evidence-based, e.g. the impact of prior knowledge on language learning.

Another interesting piece of advice comes from Russell Mayne’s 2014 IATEFL presentation on pseudoscience in ELT. After debunking some common neuromyths, Mayne goes on to offer a series of questions to detect pseudoscience in education, which may be useful if we wish to develop a critical sense in our learners and trainee teachers:

It seems clear that a lack of effective communication exists between the fields of neuroscience and education, resulting in findings from the former being oversimplified and generalised for the latter, with many jumping on the lucrative bandwagon of ‘brain-friendly’ language education. This is a disconnect that places like the Centre for Educational Neuroscience try to address to emphasise the actual contributions that neuroscience will be able to make to education. However, much more work on the level of teacher education – both pre- and in-service – is needed.

Had you ever heard about neuromyths? How are neuromyths regarded by teachers, students and parents in your context?

If you would like to know more about this subject and its impact for teaching, look out for An Introduction to Evidence-Based Teaching: Theory and Practice by Carol Lethaby, Russel Mayne and Patricia Harries (Pavilion Publishing, 2021) coming soon.

Rippon, G. (2019). The Gendered Brain: The new neuroscience that shatters the myth of the female brain. London: Random House.