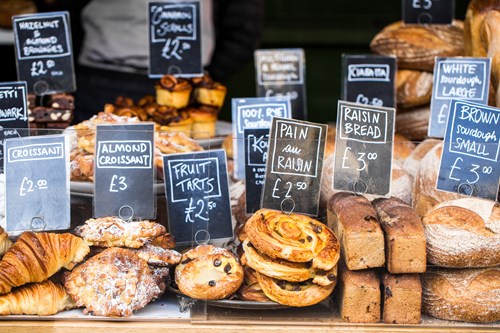 One morning several months ago, I had the strangest dialogue with the shop assistant (SA) at my local petrol station in York (the one in the north of the United Kingdom!). To give it a bit of context, she was a Yorkshire lady in her 50s who had been working in the petrol station for quite a few years and clearly did not understand what I was trying to ask for.

So, I ended up grabbing a chicken and bacon pasty (which wasn’t quite the sweet pastry I was hoping to get) and as I was paying, right next to the counter were cinnamon rolls and a variety of pastries – the very thing I was looking for!

Confused, I took to Facebook to ask my network of friends, teachers and linguists: What was happening there? Did she not understand the way I spoke?

Was it because she psychologically pre-empted that she wasn’t going to understand me?

What followed was a frenzied flow of more than a hundred very meaningful responses, all offering their own take of the situation of non-understanding that I had experienced. Here were some of the takeaways, many of which surprised me.

(Before you go on reading, how about re-reading the dialogue above and formulating your own reasons for what happened? Now read on and find out if your interpretation matches any of those below.)

An issue of expectations

I have often encountered situations where I am not understood despite trying to be as clear as I can be. Practically every time I board a bus in York, I’d say to the bus driver, “A single ticket to the city centre, please,” sometimes simply echoing the commuter before me. And seven times out of ten, I’d get a “Sorry, what?” in reply.

People who know me say that I speak clearly with tendencies towards a London-English accent (as I lived in London for more than 13 years). So it probably isn’t my speech patterns.

But if one has an expectation of what a native speaker of English should look like, I certainly do not fulfill the criteria. To most people in the UK, I look typically Oriental (British for anyone from the Far East) although strangely to many Orientals, I don’t look quite Asian enough. A researcher once found that non-understanding can take place due to the expectations of the listener. He discovered that some listeners, when faced with someone non-native-looking, prime themselves and expect, albeit subconsciously, not to understand the non-native-looking speaker. They are then listening through these psychological filters, which take away the openness to understand.

When I suggested this as a reason for the bizarre dialogue, it clearly struck a chord with some of my colleagues. A couple of responses came in, giving examples of how their fluent French/Spanish was never understood by certain people who know that they are foreign. Another colleague even gave the example of a C1 (Advanced level) student of English being made to point at items in a supermarket by a shop assistant who was adamant that she couldn’t understand them.

An issue of habits

In my dialogue with the shop assistant, I made two assumptions about our morning rituals: 1. We have pastries for breakfast; 2. Some of us have breakfast on the go. Let’s unpack these assumptions. 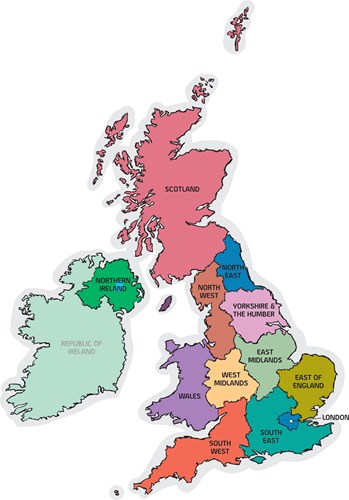 An issue of geography

Further light was shed on the issue when some of my colleagues remarked that the problem was with the word ‘pastries’. The umbrella term of ‘pastries’ to describe croissants, Danishes, Chelsea buns, etc. seemed to be widely used in America, Canada, and even cities like London, but is less used in Yorkshire. Some respondents suggested that croissants only arrived in the UK from across the channel in the 1950s and that the term ‘pastry’ could be an Americanism that have yet to catch on in certain parts of the UK.  To many in Yorkshire, pastry was what you used to make the casing for things like tarts, flans and pork pies.

So how should I have phrased my question to the shop assistant then? “Have you got any croissants or cinnamon rolls or something like that?” came the answer.

After all, if the category of ‘pastries’ is too foreign for some, then being specific with examples always helps.

Interestingly, so many of us think in terms of wider geographical distance, making a distinction between American English (and the Americanisms that have made their way into British English) and British English. However, quizzes like this one show us that even within the same country, there can be numerous variations and ways of saying the same thing and we should never take the universality of the words we use for granted.

In the 1960s or 70s, pastries might have been a relatively new concept imported from continental Europe, and those growing up during those times might not see it as a category of food that they encounter in their everyday lives. One of my respondents said that the only time they heard the use of ‘pastry’ was their grandparents referring to Danish pastry. Another said that when they were young, if they went to the bakery for something sweet, they would get a cake, a pie or a bun (read: something not dissimilar to cupcakes, which is another Americanism).

Today however, bakeries selling pain au chocolat, pain au raisin, Chelsea buns, egg tarts and Danishes are becoming more common on the UK high street, and the major supermarket chains all have a pastry section near the breads. For the younger generation, the term ‘pastry’ is not as foreign as it was for the previous generations.

To test this hypothesis, I walked into the same petrol station a week later and saw a young lad in his 20s behind the cashier. I asked him where I could find some pastries and he pointed straight at the sweet baked goods by the counter.

An issue of class

When something foreign like ‘pastry’ is introduced into the nation’s consciousness, it is usually the educated and those in the upper/middle social classes that would first come into contact with it. In our conversations about how ‘pastries’ is understood by the different regions and the different generations, it was no surprise that ‘class and education’ was mentioned.

One of my respondents suggested, “Pastries is what middle class people say,” while another stated that she was from a working class background and did not come across the term ‘pastries’ until later in life. Someone else added that in 1960s Yorkshire, you might get ‘cakes and pastries’ with your tea at very smart establishments, and this would be a mark of something exotic. 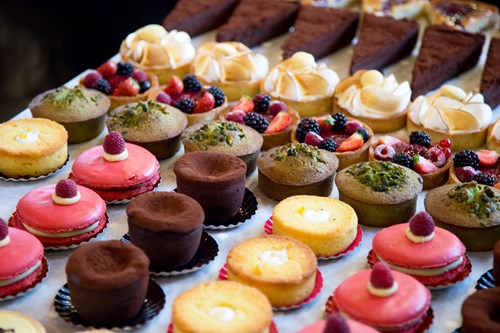 An issue of context

Prior to this dialogue, I had been watching a lot of ‘The Great British Bake-Off’, a reality television programme based on a baking competition, and I had become used to the baking jargon used on the programme. One of my ex-trainees however remarked, “There’s a world of difference between Bake-Off-land and not-Bake-Off-land. In a smart tea-room (which is basically a physically extension of Bake-Off-land), ‘pastries’ would work. In a petrol station (definitely not-Bake-Off-land), the only thing you’d get if you asked for a pastry would be a funny look and a shrug.”

No matter how ‘correct’ a term might be, if it is not understood in its socio-economic context, it then become white noise and fails to serve the purpose of communication.

An issue of communication

A cheeky colleague and friend of mine aptly added to the discussion thread with a quote he found, “Communicating with people from different backgrounds who have different views of the world, different ways of ‘encoding messages’, and different assumptions and expectations can pose its own set of problems.”

Upon closer examination, it was clear that he had obtained the quote from one of my previous blogpost on why native speakers needed to learn to speak English internationally, and I realised at this point that I had best take my own advice.

When our students are not understood they often assume it’s due to their own incompetence and lack of language. Hopefully, what I’ve demonstrated here is that non-understanding can happen as a result of many factors, some of which might be unknown to us.

As teachers, while we try our best to teach our students the right words and phrases to help them accurately convey meaning, we need to also be aware that communication can be successful only if the individuals understand the intended meaning of each other’s utterances (Schneider, 2000).

Barbara Seidlhofer, in her research into how English is used as a lingua franca, talked about unilateral idiomaticity, or the problem of using idiomatic language that only one party in the conversation understands. While words like ‘pastry’ might not strictly be considered idiomatic, they are, like many idioms, localised in their use and tend to be used by certain communities, certain generations or certain regions.

Instead of simply chastising those who do not understand the terms we choose to use, we need to be able to effectively communicate what we mean. After all, the skills of misunderstanding detection, paraphrasing, clarifying and negotiating meaning can sometimes be as important as learning the right lexicogrammar. 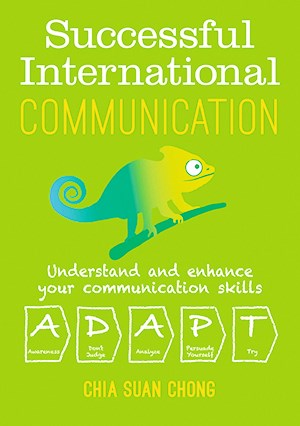