Have you ever considered working without textbooks and designing your own materials? Chiara Bruzzano reports the findings of a Twitter survey about the advantages, disadvantages and contextual difficulties of ditching the textbook. 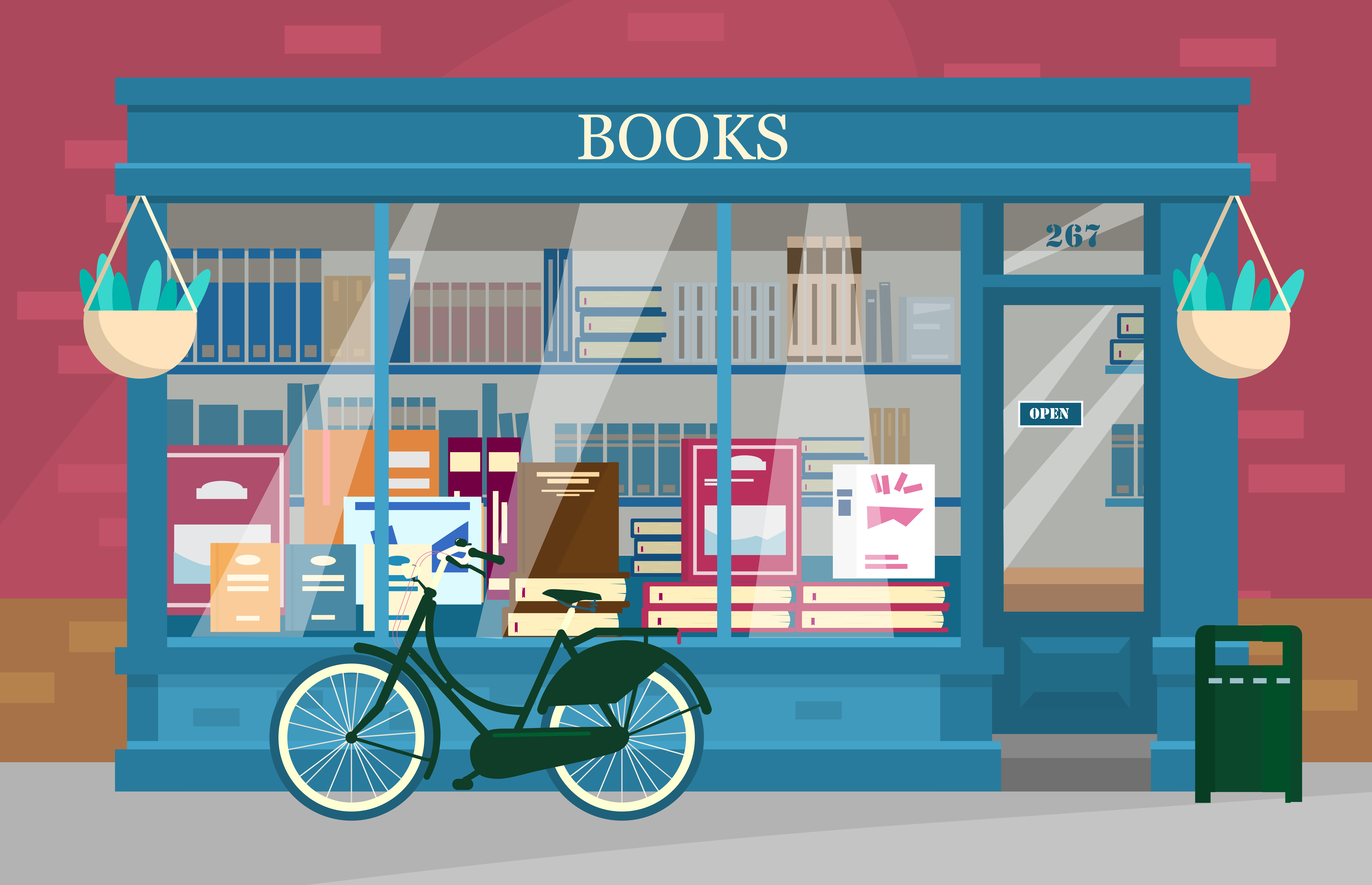 As I have mentioned elsewhere, I have done my PhD on listening comprehension in English as a Foreign Language in secondary schools. I observed lessons, interviewed students and teachers, and analysed student surveys and documents.

Believe it or not, this gave me the incredible opportunity to discuss... well, Justin Bieber.

How could that have happened, you wonder?

(To my examiners and supervisors – if you’re reading this, I promise Justin was relevant to my research, just read on!)

I was interviewing one of my teacher participants (we’ll call her Andrea) about the materials she used for listening. She liked making her opinions very clear.

“the fact is that materials become obsolete quickly, because a singer that might be fashionable today won’t be once the textbook is printed. This has happened to me: I used textbooks which were maybe only 4–5 years old... and the learners look at you like zombies, like ‘Who are Take That?!’ You know, even Justin Bieber, they don’t know who he is!”

“[textbooks] are fine for analysing topics [like] the English Revolution or Lord Byron. But if I have to [...] do an engaging comprehension activity with a video about Madonna... well, to them, she's a grandma!”

As you can see, Andrea made it very clear that, to put it mildly, she wasn’t impressed with English language textbooks. In fact, she had ditched them for over ten years and never looked back.

Are teachers really ditching the textbook?

In my experience working with school teachers in the EU, textbooks are pretty common. Indeed, Andrea was an outlier in my research.

However, other factors have led me to think more about whether this trend of ditching texbooks may be spreading:

As fate would have it, last week a good friend of mine told me just this: he was considering going textbook-free starting next year and took me through his thought process.

I decided this was something worth looking into. So, I listened to my inner millennial... and did a Twitter survey. 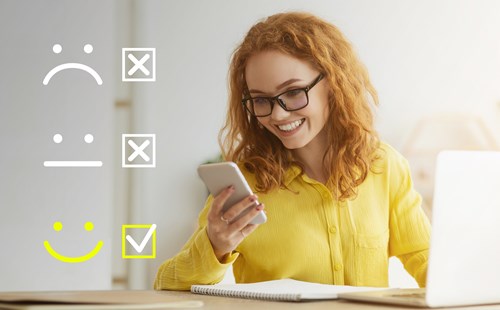 The survey started as simply a couple of questions:

I received replies from almost fifty teachers and some really interesting patterns emerged.

Before I discuss the main findings, the following considerations are in order:

The main results of the survey

Many different views emerged from the survey. If I were to summarise them, I would say that several teachers have mostly or entirely stopped using textbooks, while others use them for a variety of reasons, which we will see below. Many also explained that they had considered teaching without textbooks: some had then proceeded to do it, while others had encountered difficulties in either freeing themselves from textbook use or simply operating without them.

Not a black and white situation

What I found interesting is that while some teachers may be aligned with Andrea’s stark views above, most recognised the nuances in this discussion.

In fact, a point that seemed common to more experienced teachers was that they reported using textbooks selectively, choosing only what they needed. Some also reported adapting textbook materials, even to the point that they became unrecogniseable, or using them as springboards for more emergent work.

Using textbooks at one point or another in one’s teaching career seemed overall common: what set some of the experienced teachers apart, however, was that they claimed they had learned from teaching with textbooks and then moved onto developing their own materials.

The shortcomings of textbooks

One clear disadvantage of textbooks was related to specific areas of teaching, as textbooks may be too generic and/or inadequate for English for Academic Purposes and English for Specific Purposes.

Other disadvantages were that textbook topics can be irrelevant to students’ needs, interests and contexts (echoing the Justin Bieber argument) and take too long to get through.

The advantages of textbooks

The one element that was mentioned possibly most frequently was preparation time. In a number of places around the world, ELT jobs are becoming more and more precarious and underpaid, with people working for progressively less money. School teachers also often have high workloads. In this sense, textbooks allow teachers to save time on preparation – which is often not remunerated. In fact, some said they would gladly write materials for their own students if their institution paid them to do this.

I tried to remain neutral in my responses, but this is a point I myself particularly empathised with. If it can make anybody feel even 1% better, I’m not especially ashamed to admit that in one of my early teaching gigs (and it literally was a gig, nobody could have called it a job), I was paid so abysmally below minimum wage that prep time ended up taking the form of ‘flicking through the textbook on my commute’.

As I mentioned, some respondents also described textbooks as being easy to work with for novice teachers especially. Textbooks can also provide a curriculum or structure for the year and supply teachers with ideas, which aren’t always easy to think of when you develop your own materials. 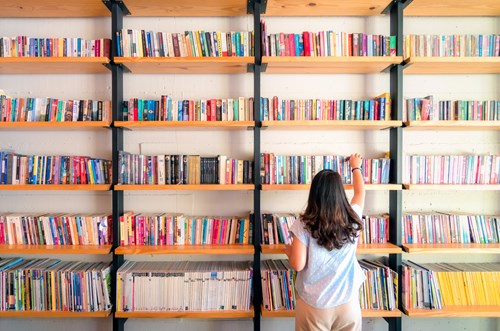 So who is ditching the textbook?

Some patterns emerged among those who were considering teaching without textbooks and those who already were.

First, common advantages of designing one’s materials were that they could be more engaging and relevant to students’ needs and interests. Some teachers also said that designing their own materials helped them reflect and develop as practitioners.

Second, I noticed that those who worked with their own materials often did so with one-to-one classes, small groups, older learners or university students. Some university teachers also had allocated and remunerated preparation time and/or shared materials with colleagues, which made it easier to design their own materials.

If you’ve worked with teachers from different contexts, you’ll be familiar with the evergreen issue of contextual constraints. As someone pointed out in the thread, whatever discussion we initiate about the use of textbooks, we may want to remember that not all teachers are free to choose whether to use a textbook, which one to use and, consequently, they may not have the option of considering ditching it.

In the survey, various teachers reported having to use textbooks that were mandated by their institutions or even centrally by a government entity. Another important factor cited by many was learners’ expectations: learners feel more comfortable and confident having a book, as that’s what they’re used to. Further, parents of young learners expect a textbook and want to see it scribbled on as a sign of progress. 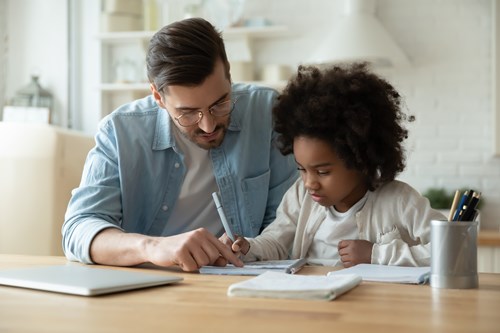 What do I gather from all this?

First, that Andrea may be in good company, but mostly of teachers who are as experienced as she is and that have the time, resources and institutional support to develop their own materials. For all the shortcomings of textbooks, developing materials is just not feasible for many teachers. If a desire for custom-made materials arises clearly, this cannot come at the expense of teachers’ work-life balance and institutions need to take responsibility for making this change sustainable.

Second, that ELT as a whole is very diverse and what is contextually feasible varies greatly. However, a common point to pretty much all answers was a concern with students’ needs: whatever their take on textbooks, teachers’ main concern was often related to what best suited their students’ needs. Which I think says a lot about how dedicated most teachers are even when working in difficult circumstances, which brings me on nicely to my final point.

Questioning the very issue of ‘ditching the textbook’

My last thoughts are about an issue in the textbook debate that is hugely overlooked, that is: What if you don’t even have the option of using textbooks?

In this recent interview for the TESOL International Association IATEFL’s current president, Harry Kuchah Kuchah, discusses his work in an underprivileged context in Cameroon. In a class of 235 teenagers, only 19 textbooks were available. Because of this, he developed the idea of using student-developed authentic materials.

If you have a little time, have a look at his interview or his 2015 IATEFL plenary, ELT in difficult circumstances: Challenges, possibilities and future directions for an outlook that turns the debate on its head, subverting the assumption that textbooks are as common as we may think they are and presenting the results of working without textbooks out of necessity.

So, how is it for you? Do you work with or without a textbook? What have your experiences been? Do let us know in the comments section below or find me on Twitter to join the conversation.