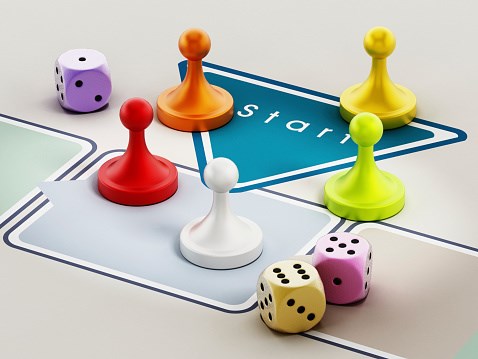 Types of board games for the ELT classroom: Part 2

There was a time when board games and computer games belonged to the domain of the boys and the geeks. But somewhere in the last decade, with the invention of Nintendo Wifi, brain training, Exploding Kittens and Candy Crush, the games and gaming market have got a lot more inclusive.

Teachers in particular are especially familiar with the appeal of games. Whether male or female, young or old, games can serve to motivate and make learning fun and memorable. While it can be interesting to make your own ‘Find someone who’ and grammar auctions, there are a host of ready-made board games on the market that can be used (and adapted) for the language classroom.

The first part of my board game series looks at three types of word-related board games that can be easily adapted to help students learn and recycle vocabulary while developing those all-important paraphrasing and explaining skills.

A note on class sizes: Board games that involve teams playing against each other often can allow for larger numbers of players, and therefore can be adapted to accommodate larger classes.

However, some of the board games that have individuals playing against each other often have a strict limit on the number of players (some with a maximum number of five to seven players). This is not a problem if you tend to have small classes. For those with classes of 10-15, consider adapting the game and putting students in pairs or groups of three to play in place of individual players. For those with classes of more than 15 students, consider obtaining more than one set of the game so that several groups can be playing at once.

1. Stringing letters together to make words

These are the kind of games that appear the most in any online search for board games used in the language classroom. They often require players to make up words using the given letters.

While the focus is very much on words and literacy, there is not much focus on meaning or usage of those words, and often not a lot of interaction ensues among the players during gameplay.

Scrabble – The classic game where players have to place single-letter tiles on a gameboard to form words.

Bananagrams – Players have to arrange their single-letter tiles in a word grid, forming multiple words. The first player to use up all their tiles wins.

Boggle – A covered tray of 16 lettered dice is shaken and when the dice settles, players have to form as many words as they can, within a time limit, using the letters of adjacent dice. 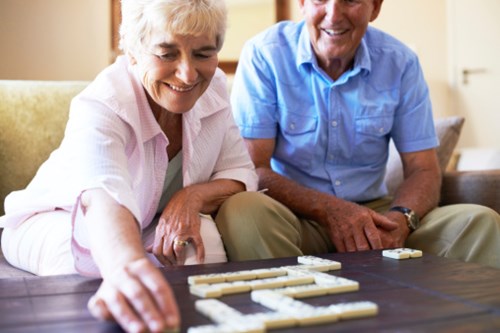 These games often require the player to guess a particular word by having another player define, explain, act out, or draw the word.

Articulate – Players have to describe to their team-mates as many words from a particular category as possible within a given timer.

Taboo – Players have to describe to their team-mates the word on the card without using the five ‘taboo’ words that are listed on the card.

Pictionary – Players have to draw the word on the card and their team members have to guess.

Cranium – A brilliant all-rounder combining charades, Pictionary, Articulate and many more, Cranium has players acting out, drawing, explaining, moulding clay in order to have their team mates guess a word. There are also categories that require players to answer trivia questions, guess definitions, unscramble words, whistle a song, or spell challenging words.

Balderdash – Reversing the ‘guess the word from the definition/explanation’ format, players are instead given a rare word and have to write definitions of what they think the word means. Players then vote for the most plausible definition. 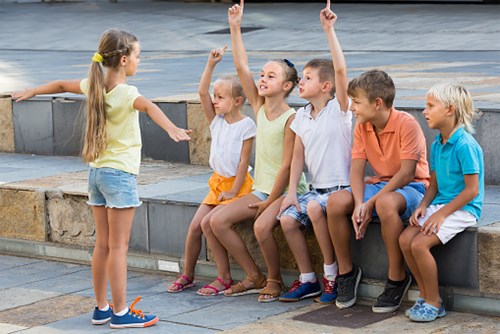 These games usually require players to brainstorm and recall words that fall under a particular category or that contain a particular letter.

Skills practised: Pulling out vocabulary from memory, brainstorming, categorizing vocabulary so as to be stored and retrieved more easily, some (but limited) interaction/speaking practice with team mates.

Scattergories – A 26-sided die is rolled and a letter is decided upon. Players then have a limited time to brainstorm and write down on their card of 12 categories words that begin with that letter.

Outburst – Players of a team have to guess the 10 answers on a topic while their opponent ticks off the given list. Topics could be general knowledge based e.g. ten rivers around the world, or language based e.g. ten things you use in a garden.

Chain Reaction – Team members pick a challenge card and take turns saying a word or doing an action specified by the challenge card. Challenge cards could require players to name James Bond films, list objects that are bigger than the previous players’ objects, or come up with four-letter words ending in ‘d’.

While the board games in the above three categories can be fun and extremely useful for students, they don’t always promote meaningful interaction, which can lead to effective speaking and listening practice while utilizing the language they know and can build on.

In my next blogpost, I will look at three types of board games that go beyond word-level gameplay and can serve to promote more speaking and listening whilst nurturing critical thinking, strategic thinking, negotiation, and interpersonal skills.