What ways do your students use their English? How can it enhance their job or education? In the first article of a two-part series, read about an interview with women’s Serie A football coach, Marco Bruzzano, and his English teacher, Christopher Walker, to understand how a professional football coach learns English to use it in their job. Are there any lessons from their experience you can apply in your own teaching?

Right before the Christmas holidays, I woke up one Sunday thinking, “Oh, there’s no football today!” –  immediately followed by, “Right, my transformation into my father is now complete!”

Those of you who know me, and those of you who have read my blog, might struggle to think of me in football gear going to the stadium every Sunday with my season ticket. While that is accurate, something turned me into a woman who actually does watch football every Sunday – at the start of this season, my brother, Marco Bruzzano, started coaching a women’s team in the Serie A (the top league in Italy for professional football clubs).

And that’s all well and good, but is this really the space to discuss such a thing, you might wonder? Turns out, it is, because football coaches need English too. You’d think I’d be proud of him for making it this far in his field (and I am) but I’m even prouder that he pushed himself out of his comfort zone and started learning English to make the most of the opportunity.

When he started coaching this team, Marco realised he needed to up his game English-wise (pun intended): the team had or needed to acquire international players, who would inevitably only speak English. He came to me, and I then recommended Christopher Walker – a teacher who, incidentally, many of you will know as a Modern English Teacher author, and was someone on the ground who could help.

A few months later, given that predictions on the future of English language teaching from nearly 40 years ago had predicted that English would be used more and more as a specialised language (1986, Chris Kennedy), and I can think of fewer fields that are less specialised than English for football, I jumped at the opportunity to interview Christopher and Marco on such a unique English course to find out more.

If you’ve ever wondered ‘How is English used in a football team?’, ‘How do you teach an English for football course?’ or even just ‘Erm, what does a football coach do exactly?’… and perhaps ‘What can I learn from their teaching and learning experience?’, then read on for all the answers from Christopher and Marco.

After coaching some of the Inter Milan youth teams, Marco moved to the Como Women team, based in the north of Italy, two years ago. They were previously in the Serie B but got promoted to the top league, the Italian Serie A, in 2022. As he explains, before they got promoted, he only had few international players, so he could afford not to speak English. When the promotion came, the number of international players went up: “We now had eight foreign players who spoke English and no Italian ... 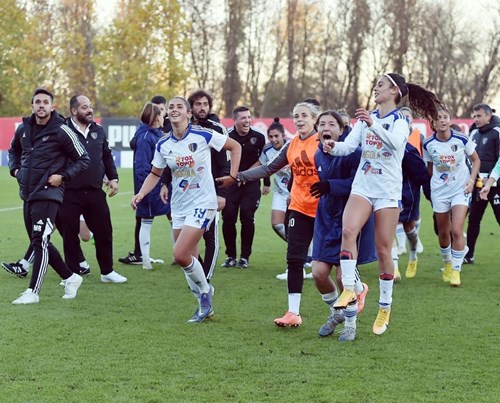 I knew right then that I had to improve my English: I was the only one in the coaching team who spoke any English at least at conversational level and we needed it not just for tactical reasons but also to build that human connection.”

The needs analysis: developing a course for a very specific need

As a teacher, my first question would be: how do you develop a course for such a specific need? As Christopher told me, he firstly identified Marco’s needs and – crucially – he continued to analyse his needs throughout the course.

Essentially, Marco needed to be able to give players instructions and walk them through specific routines. He also works with videos as a match analyst, which entails going through videos of previous games, analysing them and using this knowledge to build the team’s tactics for the next game. In practice, this means watching videos with the players and talking them through the analysis. Further, he needed to be able to empathise with his players and give them motivational speeches.

Indeed, and, as Marco tells me, most importantly, he needed to be able to build a human connection with the players: “One of the most difficult parts of my work is creating good relationships within my group, so I need to be able to talk not only about football but also build rapport: sometimes we have players move here who had never lived abroad before, so it is important that we establish a good relationship with them. Of course, the tactical aspect matters too – tactics in football are a team effort and if you can’t give English-speaking players instructions, half the team simply doesn’t know what to do. So that technical communication is important, though I find that building the human connection matters even more.” 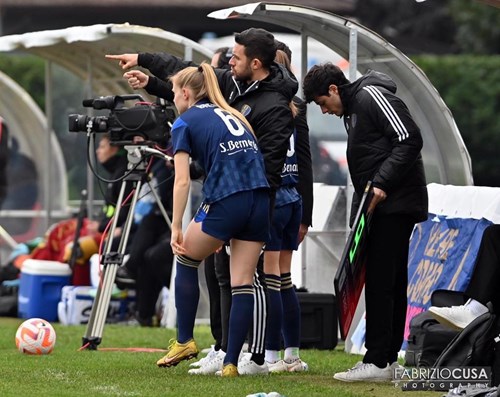 Christopher chatted to Marco at the start of the course to establish these needs and his starting level. When I asked him to give me a sense of his initial level, perhaps in CEFR terms, Christopher explained that for the purposes Marco was pursuing, CEFR levels did not really matter as most descriptors would be irrelevant to his situation … it was rather a case of “what mattered was rather how many problems was Marco going to encounter speaking to players who didn’t know Italian”.

After establishing Marco’s needs and initial competence in the domain he was working in, Christopher planned a course based on Marco’s own materials. As he explained, when he takes on a student for one-to-one lessons, Christopher likes to ask them why exactly they want to learn English: if the why is clear, then the student can take responsibility for their own materials and personalisation becomes an integral part of the course.

With Marco, this was easy: he had specific tasks to accomplish and during each lesson, he would either share some of the videos he used with his players or start the lesson by setting the agenda for it. Because the tasks he had to perform were clear, Christopher decided to use a Test-Teach-Test approach: first, Marco would try the task (e.g. talking a player through a video), then he would help Marco refine his language and then Marco would repeat the task.

Emergent language was, of course, a big part of the course so I was interested to know how they kept track of the emergent language and recycled it. According to Christopher, the language kept coming up in subsequent lessons quite organically, as is to be expected when working on such a specialised domain, and with well-defined tasks. As Christopher explained, in General English, students are often put off by the sheer wealth of language they need to get through ... But, in Marco’s course, this was much more unlikely to happen.

Further, he gave another suggestion for recycling language: “One way we recycled language points is we talked about how Marco felt about things. For example, if we talked about a video in which a goalkeeper panicked, there are lots of questions that come from that: for example, ‘What do you think she should have done?’ All these questions lead to the language being recycled and lend themselves to refining and noticing the grammar.” 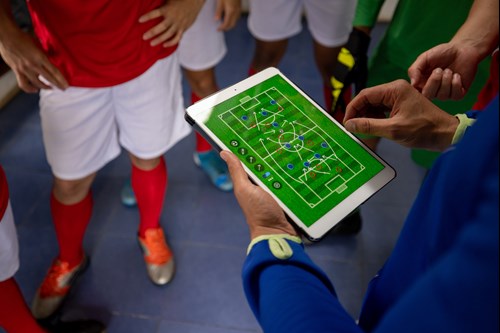 So, what can we draw from this teaching and learning experience so far? Well, no matter what purpose you are teaching English for, you can utilise the emergent language during the course to refine and notice the grammar, and then later assess how taught language is being reused and recycled.

But how did Christopher and Marco ‘teach each other’? What language issues did they focus on? How did they establish progress and motivation throughout the course? Stay tuned for the next article in the series to find out!