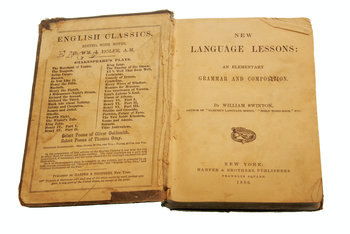 Like many others who go to conference talks and workshops, I too wanted to learn something new and be inspired when I attended Danny Norrington-Davies’s workshop at the recent ETp Live! conference held on the 20th June in Brighton.

However, some people say that one of the other reasons people attend conference talks and workshops is to demonstrate and reaffirm what they already know so as to feel more secure and better in themselves.

Danny successfully appeases these two seemingly contrasting needs of conference goers in his workshop, getting teachers to build upon our existing knowledge about grammar teaching and inspiring us to perhaps approach it in a different way. 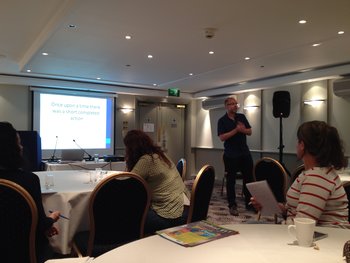 He starts his session by weaving pedagogic grammar rules that are commonly found in coursebooks and grammar handbooks into a story, allowing teachers to simultaneously laugh at our rather nerdy industry in-jokes while demonstrating our pedagogic grammar knowledge.

Which grammar rules are these descriptions of?

If you said the past continuous, ‘going to’, relative clauses, and the passive voice, then perhaps you are just as familiar with the pedagogic descriptions in EFL coursebooks as the rest of the participants in Danny’s workshop. But how useful are such descriptions for our language learners? Aside from being abstract, hard to apply, they also often contradict the examples provided in the coursebook texts and activities.

These grammar rules are often qualified in some way:
- states or activities that happened in the past but not usually now (used to)
- aren’t usually used with the present continuous (state verbs)

This conveniently allows us teachers to explain away inconsistencies with the given rules as ‘exceptions’, resulting in our students thinking that English is just full of exceptions to the rules.

The fact is in the classroom, we often observe a clash between what we read about language and what proficient speakers and writers do with language. We find ourselves presenting rules that contradict what learners then notice in texts and activities. 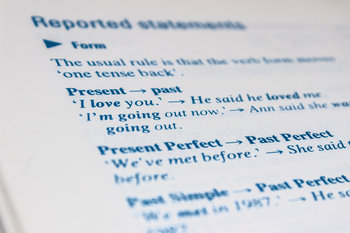 Quoting Larsen-Freeman (2003), Danny explains:
“They (the rules) provide a modicum of security to language learners – they give them something to hold onto in the vast rush of noise that is the new language.”

But “Our learners are thinking human beings. Why not tap into their cognitive powers and help them engage with the language they encounter; help them cultivate an attitude of enquiry.”

At this stage of the workshop, Danny gives the participants a text with a set of questions that require thinking and inference from the given text. After processing the text for meaning, we are asked to suggest why ‘used to’ is employed in the text.
Here are some examples of the ‘rules’ that Danny’s students produced:

The obvious benefit of getting one’s students to write their own grammar rules is that the grammar rule is personalized and therefore more meaningful and more memorable, but it also means that students start to notice the reasons behind language use in relation to the different contexts, instead of expecting a ‘one-size-fits-all’ grammar rule that can be applied to all contexts. 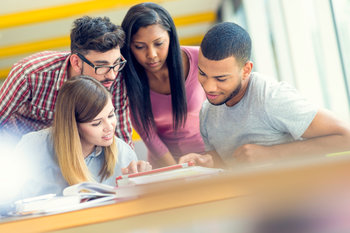 “Surely what the adult learner needs is not another set of grammar rules followed by manipulative slot and filler written exercises, but the opportunity to put into practice what he/she is in the process of learning.” Field, J. (2014)

“Contextualised practice is still controlled, but involved an attempt to encourage learners to relate form to meaning by showing how structures are used in real life situations.” Ellis, R. (2002:168)

“Learners should produce their own meanings rather than regurgitating or repeating something that they have been told.” Skehan (1998)

Danny then provides us with another example of a classroom activity, using Glen Campbell’s song ‘By the Time I Get to Phoenix’,  which accumulates in the participants discussing the reasons for the use of ‘will + verb + -ing’ in the song, before being tasked with making up a 4th verse for the song. 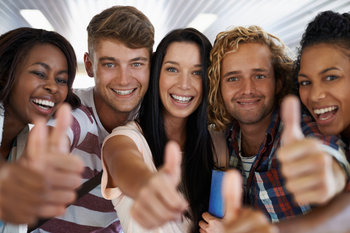 But whether the text chosen is in the form of a reading from a coursebook, or a song on YouTube, the standard procedure is as follows:

While this may be a significantly different way of ‘teaching grammar’ in the classroom, such tasks are not radically different from the ones we are used to and requires only a slight shift in attitude and outlook to empower students in a way that perhaps classic descriptions of grammar rules have never been able to.

An inspirational workshop that not only had the audience thinking and reflecting, but also provided useful tools for us to try out and implement in our language classrooms, Danny built upon our existing pedagogic knowledge and then went on to teach us new things and inspire us to take action. 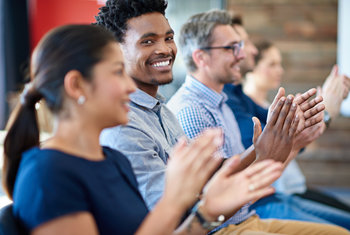 Click here to read the first part of the summaries to the ETp Live! conference 2015.