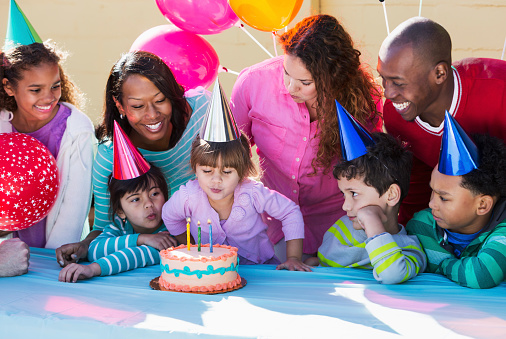 What my toddler has taught me about language learning - Part 1

What my toddler has taught me about language learning - Part 2

What my toddler has taught me about language learning - Part 3

What my toddler has taught me about language learning - Part 5

My toddler celebrated her 3rd birthday a month ago, and as she chatted away non-stop at the dining table while her birthday dinner got colder and colder, I realized how far she had come with her language acquisition.

Listening to her regaling me with tales of what happened at nursery (“Reg hurt my finger and he didn’t say sorry. I was very sad.”; “I got a super star sticker for helping to tidy up!”; “We went to Forest School and I had a sleep in the forest!”), giving me a stream of unsolicited suggestions regarding what to do with her crying one-year-old sister (“I think she just wants some milk”; “I don’t think she wants any more chicken”; “Maybe she wants to get out of her highchair”) and negotiating what she gets to do after dinner (“Can I go out in the garden just for a little bit? Just two minutes?”; “After the bath, maybe you can read me Rapunzel?”; “Will you come in bed with me for a cuddle tonight?”), I found myself having to repeat the age-old “Will you stop talking for a moment and start eating please?”

When I started this blog series a year ago, she was just experimenting with three- to five-word chunks. I then went on to write Part 2 of the series and by the time Part 3 came along, she was on to sentences and experimenting with adverbs. In this relatively short space of time, her language ability has been developing exponentially, and the language she manages to produce still never fails to amaze me (except when three mouthfuls of her dinner is taking more than 30 minutes to find their way into her mouth). 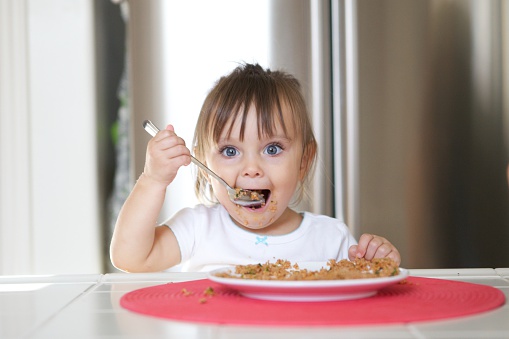 There are numerous differences between First Language Acquisition and Second Language Acquisition, but as she demonstrates how she can acquire a language with such ease, I find myself reflecting on language learning and the lessons I can learn from her as an ELT professional. A year on and my notes about her language learning process are accumulating and I am keen to share them with you.

As my last blogpost ended on point number 12, I shall start this post with point number 13. Here are four more things you (or your students) can do to partially emulate the first language acquisition process:

13. Let them say it, pronounce it, play with it. Just so they can feel the word.

Around Christmas last year, I was reading a bedtime story about Santa to my daughter and said a sentence with the word ‘meanwhile’ in it. I was sure she didn’t know what it meant but she seemed to like the sound of it and the way it felt when she enunciated it. So she said it. And she said it again. And again. By the time she went to bed, she had said it about 30 times in 15 different ways whilst giggling through it all because the word felt ‘funny’.

When encountering a word (or lexical chunk) for the first time, encourage learners not to be afraid to mouth it, shout it, clap along with it, roll it round your mouth and spit it out. Can they play with the word and think about how it feels to say it. Does it feel soft or hard? Feminine or masculine? Silly or serious? Get them to try saying it happily, and then angrily. Then try whispering it. Ask them if the word sounds better when they say it a certain way?

By playing with the different ways of saying a word, the learner is not only committing it to memory, but also making it their own. The word is no longer some word in a foreign language, but THEIR word. And they can now use it the way they like to. 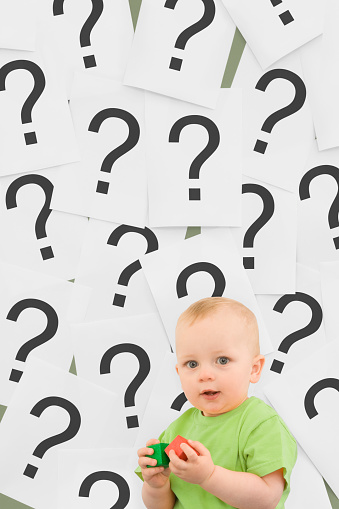 One study found that mothers are asked nearly 300 questions a day by their four-year-olds (390 questions a day if they have daughters), but by the time the children turn nine, they become content with only an average of 144 questions a day. How many questions do adults ask a day?

The number of questions we ask decrease drastically in numbers as we get older, and this is not simply because of our increasing knowledge and our decreasing need for answers. We sometimes stop ourselves from asking questions out loud because we fear looking stupid to others or are afraid to burden others with our ignorance. As students in a classroom, we might be wary of holding up the class as the teacher tries to deal with our queries.

I try to encourage my students to ask questions if they are even the slightest bit unclear about anything. I reassure them time and time again that there is no such thing as a stupid question and that other students could gain from them asking the question. When students do ask questions, I praise them for it and in my answers, I make sure that I also address the other students, giving them a chance to also learn from the answers.

I also provide my students with the following options in case they do not want to openly ask their question in class: 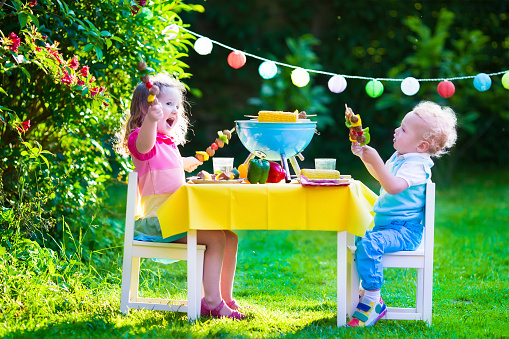 15. It’s important to try out what’s been learnt; getting it wrong helps us to understand what’s right.

My daughter often says things for the sake of testing them out. When she first encountered the word ‘either’, she started making random statements out of the blue like “I like chocolate. I don’t like monsters either.” She’d then look at me to check if she was getting it right. Although she hadn’t quite nailed it, I was secretly pleased that she’s figured out that ‘either’ can be used when referring the same verb.

Moments later, she declared, “I like Snow White. And I like Cinderella either.” Okay, she’s getting closer. The verbs agree and the objects are now somehow related.

A couple of days later, she suddenly said, “I don’t like olives. And I don’t like lettuce either.” Bingo! She’s got it!

She has clearly worked out for herself how the word ‘either’ is used by testing it out and swapping out words till she got it right. 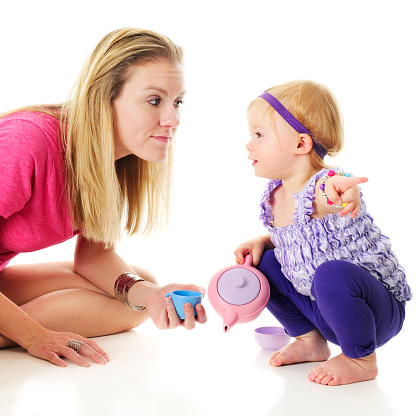 16. Hone the skill of noticing misunderstandings and ways of clarifying meaning.

When learning a language, it is to be expected that breakdowns in communication will occur. And the faster you can notice the breakdown, the sooner you can fix it before the miscommunication becomes an issue.

My daughter was talking to me one day and said, “Natalie gave me this sticker yesterday.” Now, her baby sister’s name is Natalie and so I assumed that was who she was talking about. So I gushed, “That’s really sweet. How lovely. How did she get the sticker?” My three-year-old immediately spotted the misunderstanding and exclaimed, “Not baby Natalie! Grown-up Natalie from nursery!”

Perhaps because she’s aware of her own language ability, she’s armed herself with a bag of tools to make herself understood. She’s very quick to paraphrase, provide a synonym, repeat a word in an exaggerated fashion, mime, point, describe, explain, and repeat, repeat, repeat until she achieves her aim of being understood.

In the language classroom, we seem to rely on the learners’ own skills to notice and repair miscommunication when it happens. Might there be room in the syllabus for what could be considered essential practice of dealing with misunderstanding and of clarification techniques? 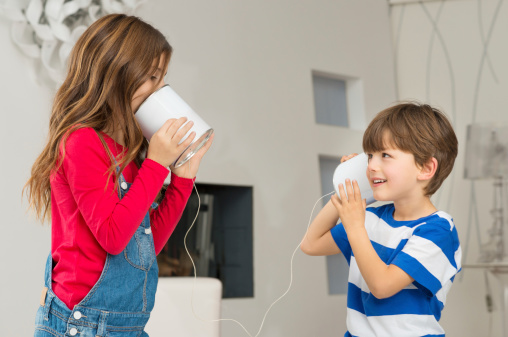 In order to become a better language learner, our learners need to have the chance to play with different ways of saying new words they encounter, the space to ask lots of questions and try out what they’ve learnt, and the possibility of practicing their communication repair skills. But are we as teachers giving them these opportunities to explore the language in these ways?

In my next post, I will look some of the ways my toddler goes about remembering language and yet more things about language learning that she has taught me. 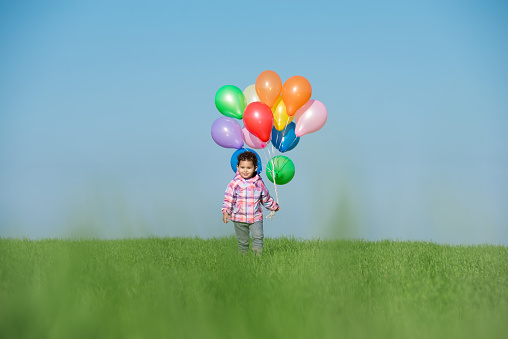